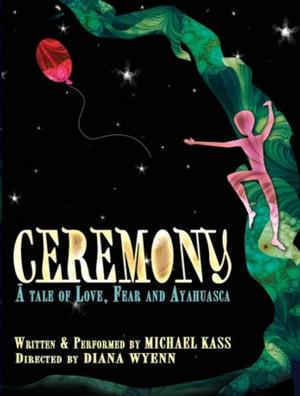 At 35 years of age, Michael Kass lost himself. And instead of looking for answers at the bottom of a glass or from the comfort of a therapist’s couch, he quits his job, hops a flight to Peru, and searches for a shaman who can prepare a renowned tea that promises to make him see his worst fears. Awesome! How far will one man go to find himself? And will he be able to find his way back?

Award-winning storyteller Michael Kass takes inspiration from his own narrative to weave this hilarious and spellbinding true tale of love, fear and ayahuasca. Deftly directed by Diana Wyenn, this 60-minute adventure-performed on a bare stage by the charismatic Kass with the aid of eight colorful buckets and a vibrant and immersive sound design by Martin Carillo-takes audiences from downtown Los Angeles to the Sacred Valley in Peru and back. At turns self-deprecatingly funny and unsparingly frank, Kass’s intensely personal story grapples with universal themes of isolation, self doubt and coming of age in the context of a shamanic medicine ceremony.

Since premiering at the 2013 Hollywood Fringe Festival, Ceremony has played to sold out crowds and received rave reviews from critics and audiences alike. LAist praised the production stating, “A worthy lineal descendant of Spalding Gray’s Swimming to Cambodia, this Ceremony is an occasion to savor and certainly not to miss.” LA Weekly designated the show its Pick of the Week and one of the 20 Best Things to Do in L.A. The production has also received multiple awards including the Duende Distinction for Playwriting and a Best of Fringe Extension at the Hollywood Fringe Festival 2013, and Outstanding Solo Show at the San Diego International Fringe Festival 2014.