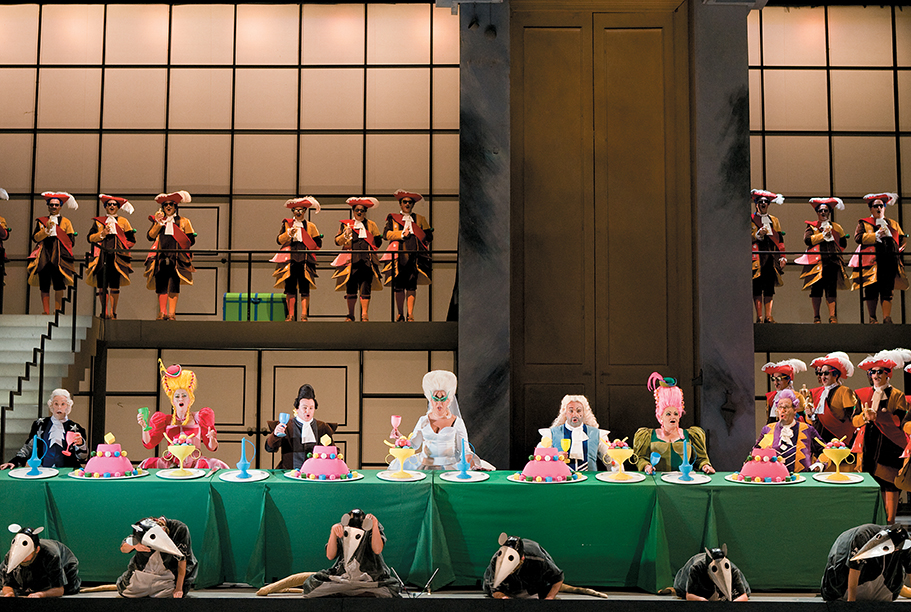 Lyric Opera of Chicago presents Rossini’s family-friendly Cinderella in a new-to-Chicago production this fall, starring Grammy Award-winning mezzo-soprano Isabel Leonard in the title role. Sung in Italian with projected English titles, and based on the beloved fairy tale, Cinderella provides an enchanting, accessible introduction to opera.

“There are a lot of fantastic colors and costumes in this show, and so I think it’s particularly visually appealing for kids and adults alike,” says Isabel Leonard. “There are some fantastic dancers in mouse costumes—so that’s a real hit with the kids! It’s a perfect opera to come to if you’ve never been before.”

“This production is zany and slightly surreal, but accessible and entertaining,” says Anthony Freud, Lyric’s general director, who was involved with creating this production both at Welsh National Opera and at Houston Grand Opera. “It’s a fairytale environment with primary colors and a witty, quirky design, very Spanish in its aesthetic. The rats are Cinderella’s friends and they look out for her – they’re ever-present, and rather wonderful. The director Joan Font has led Els Comediants for years, which started out as a Barcelonan street-theater company. He’s a wonderfully charismatic, quirky, gentle character – like his productions.” The designer, Joan Guillen, Freud adds, brings “a lot of the immediacy, impact, and accessibility” from street theater to the opera stage.

The Lyric Opera production of Cinderella is generously made possible by Margot and Josef Lakonishok, The Nelson Cornelius Production Endowment Fund, and PowerShares QQQ.

About Lyric Opera of Chicago