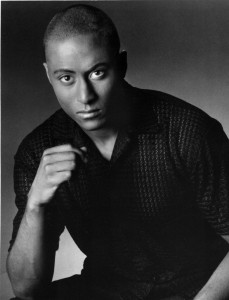 Lookingglass Theatre Company, now celebrating its 25th Anniversary, announces the addition of two new Ensemble Members: Kevin Douglas and Anthony Fleming III. They are both frequent performers on the Lookingglass stage and have been members of the company as Artistic Associates.

“Both Anthony and Kevin have been “family” for a long time now, and we’re equal parts ecstatic and proud to welcome them as members of the Ensemble,” says Artistic Director Andy White.  “Anthony first worked with us in 2003 on Studs Terkel’s Race, and we knew immediately that this was a force to be reckoned with – his intensity, his commitment, his humor, and his ability and willingness to “bring it” to every performance make him thoroughly compelling for audiences and totally exciting for his fellow actors on stage.   Kevin’s astonishing versatility was first in evidence on a Lookingglass stage in 2007’s Black Diamond, and the sheer speed with which he’s able to wholly transform himself into an amazing range of characters has been on vivid display in so many of our shows since.  In addition to their remarkable gifts as actors, though, both of these guys are full of integrity, totally hilarious, and just wonderful human beings.  Both our theater and our conversations are richer when either one of them walks in the door.  We’re lucky to have them in our ranks, and look forward to the many years ahead with them as part of our Ensemble family.” 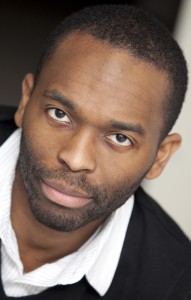 Kevin Douglas has been an Artistic Associate with Lookingglass since 2008.  He was seen last season at Lookingglass in Mr. Rickey Calls a Meeting and The Great Fire. Other Lookingglass credits include Lookingglass Alice, Our Town, Around the World in 80 Days and Black Diamond. Kevin’s other Chicago credits include Orlando at Court Theatre and A Civil War Christmas at Northlight. He is also a member of MPAACT (MA’AT Production Association of African Centered Theatre). Regional credits include Actors Theatre of Louisville, Baltimore Centerstage, Kansas City Rep and Alliance Theatre in Atlanta.

Anthony Fleming III has been an Artistic Associate with Lookingglass since 2003.  He most recently appeared at Court Theatre in Jitney and at Lookingglass Theatre in Mr. Rickey Calls a Meeting.  Other Lookingglass credits include The Arabian Nights, Fedra, 1984, Icarus, Lookingglass Alice and Studs Terkel’s Race: How Blacks and Whites Think and Feel About the American Obsession. A native Chicagoan, other local credits include Camino Real(Goodman Theatre), Division St: America and The Glass Menagerie (Steppenwolf Theatre), Fences (Court Theatre),Hambone, Free Man Of Color, and Denmark (Victory Gardens Theatre), Journal of Ordinary Thought and Cut Flowers (Chicago Theatre Company), Orlando (Piven Theatre), and The Cider House Rules (Famous Door Theatre.) Regional credits include Ma Rainey’s Black Bottom (Actor’s Theatre of Louisville and Milwaukee Repertory Theatre), McCarter Theatre in NJ, New Victory Theatre in NY, Arden Theatre in Philadelphia, Syracuse Stage, and Alliance Theatre in Atlanta (Lookingglass Alice.) When not onstage Mr. Fleming works as a voiceover artist with Naked Voices. This fall he appeared in an independent film titled Mother of War.  He is a proud member of Actors Equity.