Lookingglass Theatre presents the World Premiere of Thaddeus and Slocum 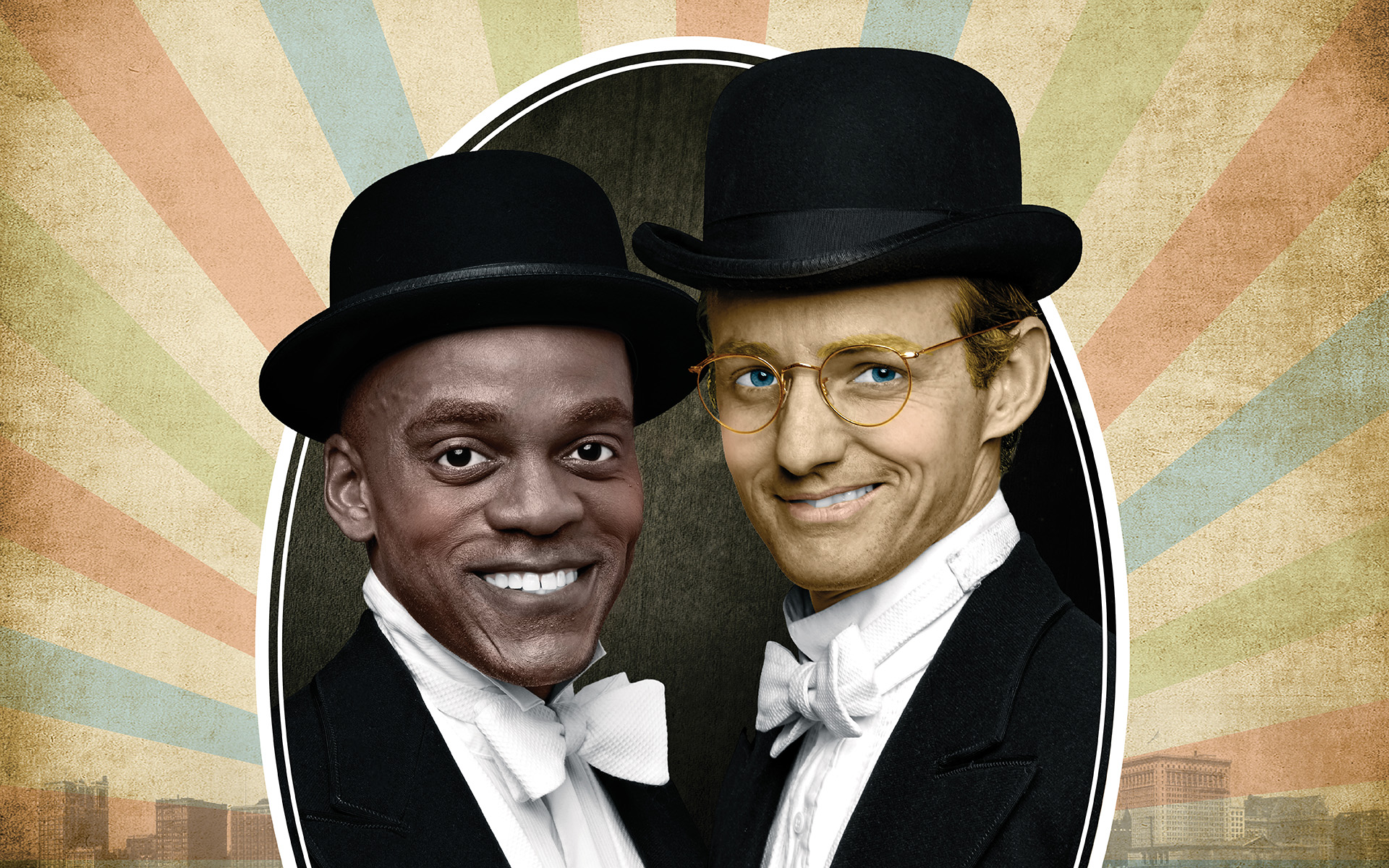 It’s 1908 and Chicago’s Majestic Theatre is the jewel of the vaudeville circuit. The only thing stopping Thaddeus and Slocum from becoming the next great stage act is as simple – and complicated – as black and white. Will laughter triumph and friendship endure as racial boundaries threaten to destroy their dreams of making the “big time?”

Lookingglass dives deep into the divided heart of American show biz for a daring cavalcade of slapstick, song and dance, and burlesque as two best friends risk everything to make it to the top together.

Seating:           For this production, Lookingglass designers recreated a Vaudeville theater, complete with a “cabaret pit” surrounding the stage. Patrons in these seats will be part of the show, seated in wooden chairs with actors constantly moving around them. For the under 35 crowd, these seats are just $20. Patrons must present ID when picking up tickets.

A limited number of student tickets are available the day of the show for $20 with valid student ID.