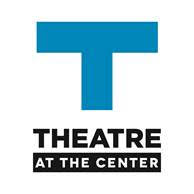 Theatre at the Center, 1040 Ridge Road, Munster, Indiana, one of Chicagoland’s leading regional theatres, announces today that as of January 1, William Pullinsi will step down after over a decade as Artistic Director to dedicate his time to pursuing other opportunities while remaining Artistic Director Emeritus. Jeff Award-winner Linda Fortunato will assume the role of Artistic Director. During Pullinsi’s time at Theatre at the Center he brought to the stage World Premiere musicals including Knute Rockne, All American and The Beverly Hillbillies; and Regional and Chicago Premieres including Ring of Fire, Women on the Verge of a Nervous Breakdown, A Christmas Memory, Making God Laugh, Miracle on South Division Street, Fox on the Fairway, Do I Hear a Waltz, Leading Ladies, Dirty Rotten Scoundrels, What a Glorious Feeling and Nice Work if You Can Get It (which he will be directing during TATC’s 2016 season).

“It has been my honor to work alongside William Pullinsi for the last five years at TATC,” said General Manager Richard Friedman. “His record of accomplishment in Chicago theatre will never be matched. During his 12 years as Artistic Director, our company reached new heights of artistic success and increased subscriptions and single ticket sales. He was always able to attract the best Chicago performers to our stage including such audience favorites as Dale Benson, Larry Adams, James Harms, Paula Scrofano, Hollis Resnik, Jessie Mueller, Cory Goodrich, Lee Pelty, Dennis Kelly, Ami Silvestre, Larry Wyatt, Bernie Yvon, and Felicia Fields; as well as talented guest directors and choreographers including Danny Herman, Brian Russell, David Perkovich, David H. Bell, Rudy Hogenmiller, Stacey Flaster, and Linda Fortunato. I will miss the daily interaction with my officemate and fellow White Sox fan, but I’m grateful that he will still be an important part of the TATC family.”

William Pullinsi began his career as Founder and Artistic Director of Candlelight Playhouse, America’s first dinner theater, which opened in Washington, D.C. in 1959 and Summit, IL in 1961. He is widely credited with introducing theater to hundreds of thousands of patrons who might not have otherwise attended live theatrical productions, and known for his high production values and creative staging. He has directed and/or produced more than 400 shows in his career receiving 19 Jeff Awards, including the special Jeff Award in 2009 as recognition of his 50 years in theater.

Pullinsi produced numerous shows that became part of Chicago‘s rich theatrical history due to their record breaking multi-year runs including Fiddler on the Roof; Man of La Mancha, Phantom and Little Shop of Horrors, which he remounted at the Royal George Theatre. Highlights of his career include the Chicago Premiere of Sondheim’s Follies, which Chicago Tribune critic Richard Christiansen selected as one of the top ten Chicago productions in his 40 years of reviewing theater; unanimous raves for the award-winning production The National Health; and the Midwest Premiere of the political satire MacBird. Pullinsi opened the Forum Theatre in 1970 where he presented more thought provoking works including the World Premiere of Boss; American Premieres of The National Health and Robert and Elizabeth; and Chicago Premieres of Company, Child’s Play, The Real Inspector Hound, The Gang’s All Here, Steambath, Solitaire, Double Solitaire, The Good Doctor, Everything in the Garden, Breaking Legs, and Ruthless. For over a year, he produced and directed three shows playing in rotating repertory including The Subject Was Roses, which won the first Chicago Jeff Award for Best Actor, Art Kassal. Additionally, he took chances on musicals that were considered to be artistic or commercial challenges, and made them major successes in the Chicagoland area including Follies, Song & Dance, The Apple Tree, Zorba, Rags and Nine. He directed a joint production of Into the Woods at Marriott and Candlelight Theatres; the long run of Over the Tavern at Northlight and Mercury Theatres; Follies at San Diego Civic Light Opera; and Phantom and Singing in the Rain at New York’s Westchester Broadway Theatre. He was associated with the new play Trying, off Broadway in New York.

Pullinsi received his B.F.A. from Boston Conservatory, did graduate work at the Goodman School and received the honorary degree of Doctor of Humanities from Lewis University. He was named a Distinguished Artist in the Theatre by the Chicago Academy of Arts and also by the Chicago Drama League. In 1989, Pullinsi became the first American director to stage a musical in Russia with a Soviet cast and crew. He directed Man of La Mancha during a five week visit to the Drama Theatre of Turgenev in Orel (south of Moscow). Pullinsi is a lifelong member of Actors Equity Association and a member of the Society of Stage Directors and Choreographers.

“Linda Fortunato has been a frequent collaborator with Pullinsi and other TATC directors as a choreographer; she is already a valued member of the TATC family,” said Friedman. “She has even performed on our stage earlier in her distinguished career. With our current wildly popular run of A Christmas Story, Linda has now directed her first show here also. As Pullinsi takes on a new role with our company, Linda is the ideal person to lead us forward. She has creativity, high energy, and a true collaborative spirit. She is highly respected in the Chicago theatre community and will continue our institutional commitment to bringing the very best performers, designers, choreographers and guest directors to TATC. Our entire Board, staff, crew and resident designer team are excited to work with Linda as we enter the next 25 years of bringing great productions to our loyal regular audience and the new patrons we haven’t yet met.”

Linda Fortunato has been nominated for five Joseph Jefferson Awards for her work as a choreographer and director. She received both the Equity and Non-Equity Jeff Award for Outstanding Choreography in the 2013-2014 season, garnering Theatre at the Center their first award for her Choreography of 42ndStreet. In addition to her award-winning work on 42nd Street, Fortunato has been involved with over a dozen shows at Theatre at the Center, including choreographing Spamalot, Big Fish, A Christmas Carol, Guys and Dolls, Crazy for You, Fiddler on the Roof; performing in Lend Me a Tenor, The Diary of Anne Frank, and directing A Christmas Story.

“I am thrilled to be continuing my relationship with Theatre at the Center in this new capacity,” said Linda Fortunato. “I look forward to bringing high quality and exciting work to the community while also providing interesting and challenging opportunities for Chicago-area theatre artists.”