LISA McLOWRY AND MAURICE MAHON AT THE MONTROSE ROOM 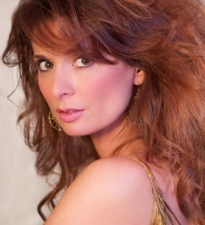 Located at the InterContinental Chicago O’Hare in Rosemont, the Montrose Room is ple

ased to announce the return of Lisa McClowry on Friday, December 14. The following day, Saturday, December 15, Maurice Mahon, Larry Springfield and Aziza Lisa will be performing at the venue. Tickets for both shows are available now and can be purchased by visiting http://montroseroom.com/.

Singer and songwriter Lisa McClowry will perform with harpist Mia Strayer, top winner of Special Talents America. With a four-octave voice range and the ability to branch into multiple musical genres, Lisa has performed on more than 25 albums and has been featured in a number of major motion picture and commercials.

R&B sensation Mahon has been the lead singer for R. Kelly for years. With his style of old-school Soul music combined with today’s modern electronic accents and effects, Maurice Mahon has gain instant success as the winner of the first Chicago Idol.

The Montrose Room at the InterContinental Chicago O’Hare

About the Montrose Room

Named one of Chicago’s Top 5 Suburban Bars by TimeOut Chicago, the Montrose Room boasts ringside cabaret seating (think Park West – West) for only a few hundred, bringing performers up close and personal with their fans. The Montrose Room also features the ‘eco-chic’ Ice Bar, serving up the country’s only Ice-tinis – specialty martinis served in glasses made of pure ice.

Located within the InterContinental Chicago O’Hare, doors typically open by 8 pm and patrons must be 18 and older for admittance. PARKING RATES IN INTERCONTINENTAL O’HARE LOT ARE AS FOLLOWS: Up Close @ Montrose shows: $5.00 (validated). The blue line Rosemont stop is the closest public transportation stop from the city. For more information and current schedule, visit Montrose Room at montroseroom.com or call 847/544-5300. Join the Montrose Room on Facebook at facebook.com/montroseroom or follow on Twitter at twitter.com/montroseroom.

Lisa’s four octave range and stylistic excursions into jazz, R&B, pop, blues and even country have endeared her to thousands of fans from her hometown to clubs and festivals throughout the U.S., received a nomination for International Vocalist of the Year from the WAVE Awards, formerly known as the Canadian Smooth Jazz Awards. In addition to receiving significant airplay on many terrestrial contemporary jazz stations and internet radio formats, her song “When It Comes From The Heart” (a bonus track on Time Signatures) was featured in the documentary “When It Comes From The Heart – The Journey of a Song,” which premiered at the Naperville (Illinois) Independent Film Festival.