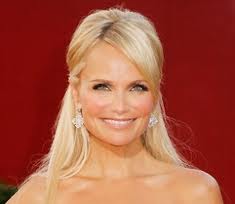 JAM Theatricals has announced that the cancelled Kristin Chenoweth concert that was originally set for June 16, has been rescheduled for June 29 at the Cadillac Palace Theatre. The star had to postpone the show due to illness. Tickets for the June 16 show can be refunded, or used for the new performance.

In a rare concert appearance, Sony recording artist Chenoweth performs songs from her latest album Some Lessons Learned, as well as an array of her most memorable songs and Broadway show tunes, including music from Wicked, Promises, Promises, and Glee.

Kristin Chenoweth’s first-ever world tour opened in Seattle on May 9 and has been roving North America since. Chenoweth’s cast featuresTyler Hanes(who did DANCING WITH THE STARS with her),Chelsea Packard(who was in PROMISES, PROMISES with her) andWill Taylor, who she saw in THE PRODUCERS. The concert tour is directed byRichard Jay-Alexanderwith musical direction byMary Mitchell Campbell.

For more information and to purchase tickets, visit www.kristin-chenoweth.com.