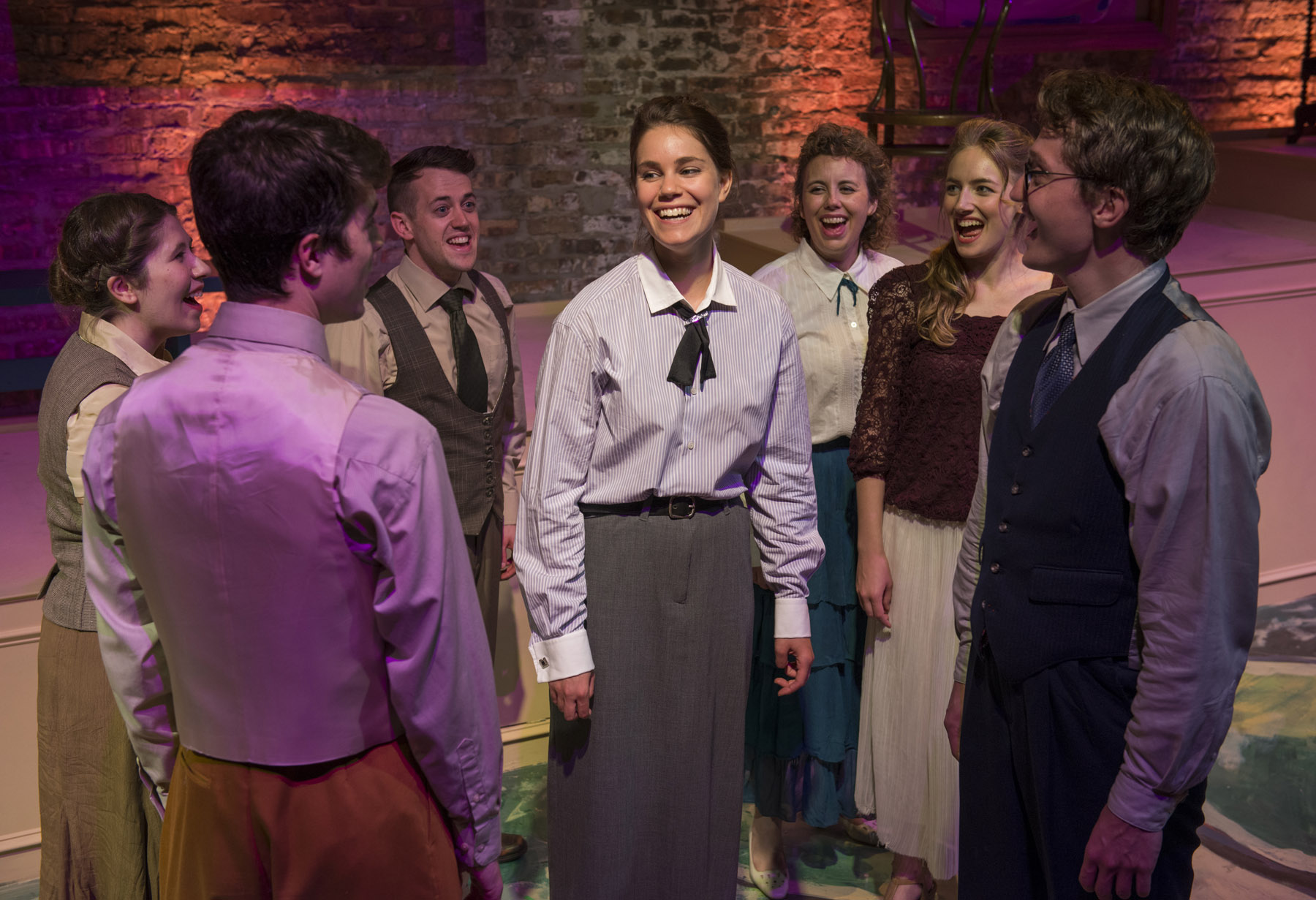 Kokandy Productions is pleased to continue its 2015 season with LOVING REPEATING, a musical tribute to the life and loves of celebrated American author Gertrude Stein. Using Stein’s own works as lyrics, LOVING REPEATING is adapted by Frank Galati (The Grapes of Wrath, The Accidental Tourist), with music by Stephen Flaherty (Ragtime, Once on This Island, Seussical) direction by Co-Artistic Director Allison Hendrix, music direction by Resident Music Director Kory Danielson and choreography by Andrea Louise Soule. LOVING REPEATING will play July 18 – August 30, 2015 at Theater Wit, 1229 W. Belmont Ave. in Chicago. Tickets are currently available at www.kokandyproductions.com, by calling (773) 975-8150 or in person at the Theater Wit Box Office.

LOVING REPEATING is an intimate exploration of Gertrude Stein’s legacy, setting her unconventional creative passions against the backdrop of her lifelong relationship with Alice B. Toklas. From her student days in the late 19th century to the height of her artistic era in Paris as one of the ‘lost generation,’ LOVING REPEATING pays homage to Stein’s capricious love affair with language, self-expression and her lifelong romance with Toklas.

Kokandy Supporter Ticket: $60. 20% of each ticket will be donated to Project Fierce, whose mission is to reduce LGBTQ youth homelessness in Chicago by providing transitional housing and support services. Patrons will also receive an autographed Loving Repeating cast poster. The “Kokandy Supporter Ticket” option is available upon checkout when purchasing tickets online. For additional information on Project Fierce, please visit www.projectfiercechicago.org.

Frank Galati (Adapter) directed the world premiere production of Loving Repeating in 2006 with Chicago’s About Face Theatre. A longtime Steppenwolf Theatre ensemble member, he won two Tony Awards for his adaptation and direction of Steppenwolf’s 1990 production of The Grapes of Wrath on Broadway. He was also received a Tony nomination for his direction of the 1998 musical Ragtime (also composed by Stephen Flaherty) and an Academy Award nomination for Best Screenplay for the 1988 film The Accidental Tourist. Other playwriting credits include Everyman and adaptions include As I Lay Dying and Kafka on the Shore.