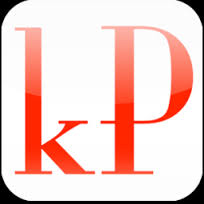 In addition to their primary roles as the assassins, the cast will play all of the additional characters in Sondheim’s masterpiece – from the targeted presidents and related historical and political figures, to members of the general American public.

States Director Rachel Edwards Harvith, “There’s a danger in dismissing violent crime by saying, ‘that person is different than me’ – a danger we seek to explore with ensemble casting for ASSASSINS.  By blurring the lines between the individuals whose actions make up the play’s history, and the ‘average’ Americans who lived alongside them, we invite the audience to address the idea that anyone, everyone, might one day be capable of violence.”

ASSASSINS premiered off-Broadway in 1990 where it received mixed reviews before moving to a hit run on London’s West End.  A 2001 Broadway revival was postponed for three years in light of the events of September 11th, but the 2004 staging won five Tony Awards, including Best Revival of a Musical, and three Drama Desk Awards.

Founded in 2010, Kokandy Productions seeks to leverage the heightened reality of musical theater to tell complex and challenging stories, with a focus on contributing to the development of Chicago-based musical theater artists, and raising the profile of Chicago’s non-Equity musical theater community. For more information, visitwww.kokandyproductions.com.

About the ASSASSINS cast

Rachel Edwards Harvith is a founding member of Mortar Theatre and  an associate artist at Chicago Dramatists, and has worked with ATC, American Blues, Stage Left, Teatro Luna, Pegasus Players, City Lit, and Bailiwick in Chicago as well as regionally with Iowa Summer Rep, Syracuse Stage, Riverfront Theatre, Hedgerow Theatre, and Dreamwell. Recent directing credits include THE INVASION OF SKOKIE (ShPIeL-Performing Identity), BOMBS, BABES AND BINGO (Mortar), MOTHER’S HOUSE (Raven), and CABARET (Artists of Concordia Theatre). She has served as dramatic literary manager for Bailiwick Chicago and interim literary manager for Long Wharf Theatre and Syracuse Stage. Rachel holds a BA in Theatre from Grinnell College and an MFA in Directing from the University of Iowa.

Regular run tickets are $38. Preview tickets (Fri, June 16th) are $25.  On industry nights (Wednesday, July 9th & Wednesday, July 16th), theater professionals can get $20 tickets by presenting a headshot and resume or union card at the Box Office. Groups of 10 or more save up to 30% on tickets.  Student group rates are available.

Theater Wit has complimentary parking behind Cooper’s restaurant across the street. Valet parking is also offered for $10, starting two hours before showtime. Limited non-metered street parking is available on Belmont and on Lakewood.