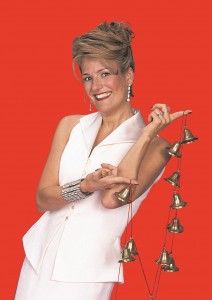 Haul out the holly and break out the Christmas decorations! Broadway’s award-winning Karen Mason, from the smash hit musicals Mamma Mia, Hairspay!, Sunset Boulevard and most recently Wonderland will make a special return appearance to her hometown with her holiday show “Christmas, Christmas, Christmas.” The show will feature a mixture of holiday standards, light seasonal fare to the more traditional Christmas songs performed in Mason’s distinctive style that will even put Scrooge in the holiday spirit. This is Karen;s first holiday show in Chicago in 7 years, which what began as a holiday tradition when she was a mainstay on the Chicago nightclub cicuit in the late 700’s and early 80s with her longtime musical collaborator Brian Lasser.

This special two-week engagement will take place at Davenport’s, 1383 North Milwaukee Avenue, Chicago, Wednesday, December 12th through Monday, December 23rd. Show times are 8pm (7pm on Sunday) and there is a $30/$35 on Friday, Saturday and Sunday shows) and two drink minimum. Due to the demand, reservations are highly recommended by calling 773.278.1830 or online at DavenportsPianoBar.com.

With her Broadway stage performances, TV appearances, CD recordings and live concerts, Karen “has few peers when it comes to ripping the roof off with her amazing voice that knows no bounds” (TheaterScene.net), which her performances always reaffirm. The multi-MAC and Backstage Magazine Bistro Award winner, most recent CD release, Right Here/Right Now, also received a MAC Award for Album of the Year. Karen’s recordings are available on the web at karenmason.com, amazon.com and iTunes.

It will be “coming home week” for Mason, who she began her career in Chicago and became a favorite of the Windy City’s nightclub scene, before heading off to the bright lights of New York. Since that time, Mason has forged a career that has been filled with many triumphs including replacing Glen Close as Norma Desmond, in the Tony Award-winning Broadway musical Sunset Boulevard. TV viewers may also recognize her from her recurring roles on the hit NBC shows ED and Law & Order.

An internationally acclaimed vocalist, Karen has performed throughout the world including Great Britain, Scotland, Sweden and Brazil. She has headlined at Carnegie Hall and Lincoln Center, the UCLA/ASCAP Concert and has shared concert stages with such musical luminaries as Luciano Pavarotti, Rosemary Clooney, Liza Minnelli, Michael Feinstein, Jerry Herman, and John Kander & Fred Ebb.

You can visit her website www.karenmason.com for further information.