JUMP DOWN THE RABBIT HOLE WITH THE RETURN OF ALICE 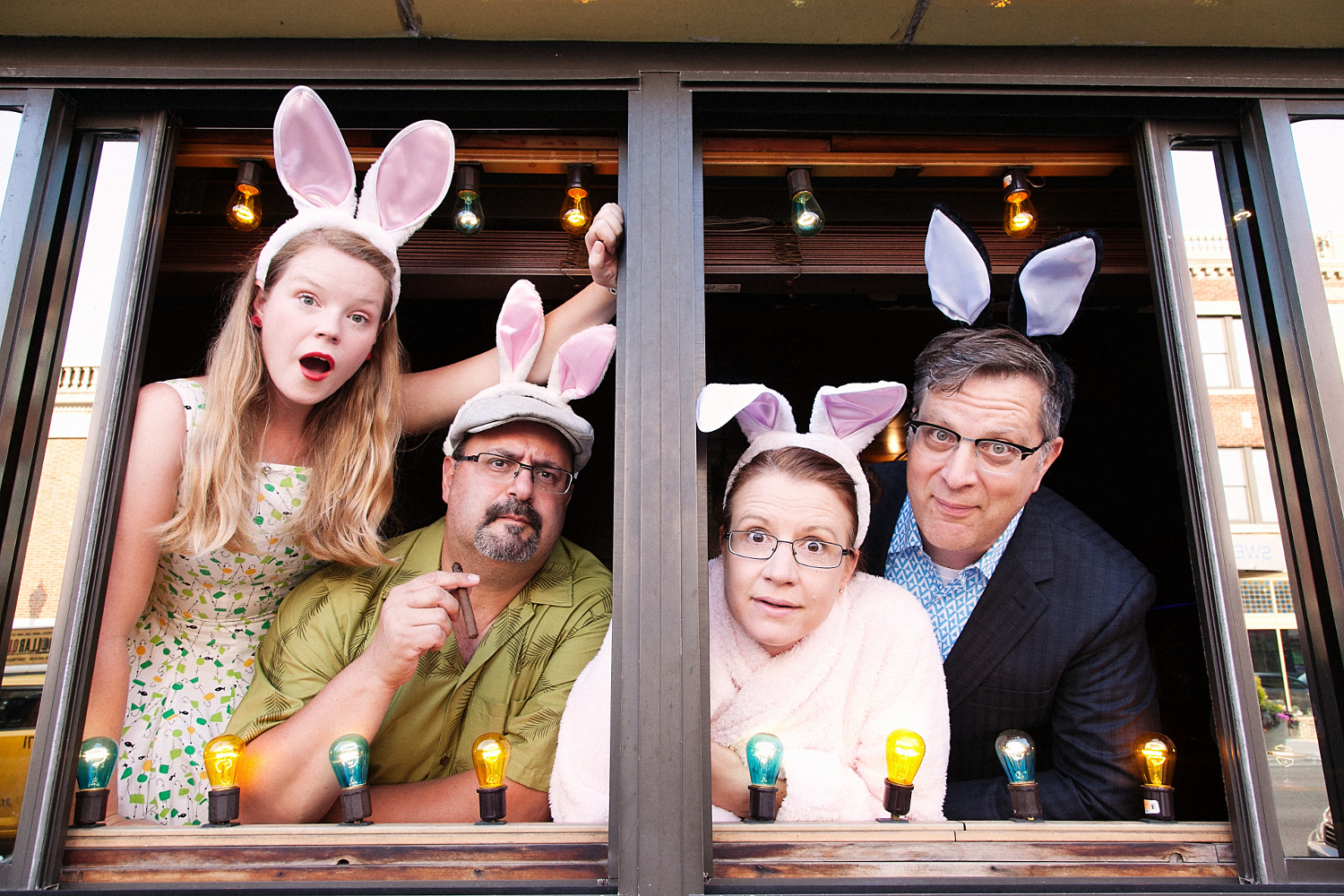 8 Andersonville venues, 9 artists, 12 chapters, 6 rabbits, 1 wild afternoon. Noelle Krimm gives audiences a seat at the tea party with a re-imagining of her 2004 hit, Alice. The show opens Saturday, September 27with tours beginning at 1:00 p.m. and leaving every 15 minutes until2:00 p.m. All tours start at The Neo-Futurarium, 5153 N. Ashland. Space is limited and advanced purchase is very highly recommended. Don’t be late!

Alice is an ambulatory, multi-disciplinary theatrical experience. The audience, traveling in groups of 15, follows a white rabbit to various locations throughout the Andersonville neighborhood. Ducking into storerooms and back patios, through bookstores and taverns and galleries, the audience ISAlice and the Andersonville neighborhood becomes a wonderland. Chapters of the book are divided amongst Chicago fringe theater companies, visual and film artists and performed in various locations throughout the neighborhood.

Don’t sit in the dark and wait to be entertained. Be Alice. Chase the rabbit!

Noelle Krimm states, “I originally created the show for The Neo-Futurists in 2004. It was a great success and I have often thought of remounting it. This fall is the 10th anniversary of the first production and it falls at a time when I think we all need to be able to look around and see a little wonder.”

Noelle Krimm (Creator/Rabbit) After being thoroughly educated in theater/musical theater performance at the Florida School of the Arts and Florida State University, Noelle became a Neo-Futurist ensemble member in 1999 where she wrote and performed regularly in their signature show, Too Much Light Makes the Baby Go Blind for 10 years (and still comes back every once in a while). While with The Neo-Futurists, Noelle also created several full-length original shows including The Neo-Futurists’ first full-length musical,City Girl!, which had an extended run in Chicago in 2002 and went to the Minnesota Fringe Festival in 2003 where it won Artists’ Choice and Critics’ Choice for Best Musical. In 2004, Noelle created and curated Alice for The Neo-Futurists which involved more than 50 cast members from numerous experimental theater companies and took place over an entire city block of Andersonville. Using a similar model, she created Fear in 2009 which, touted as “a thinking man’s haunted house, ” involved dozens of different artists who worked in mediums from graffiti to modern dance. Fear took place throughout the fairly creepy building which houses The Neo-Futurarium. The 2014 production of Alice is the inaugural show for Krimm’s new production company.

Upended Productions was founded by Neo-Futurist alumni Noelle Krimm in the summer of 2014. After creating Alice and Fear for The Neo-Futurists, Noelle became really interested in creating theatrical events that collage the work of many different artists into one semi-coherent piece.

Performances continue through November 2: Saturdays and Sundays at 1 p.m. and leaving every 15 minutes until 2 p.m.

Sign up for a specific tour time by purchasing tickets atwww.brownpapertickets.com

All performances begin at The Neo-Futurarium, 5153 N. Ashland