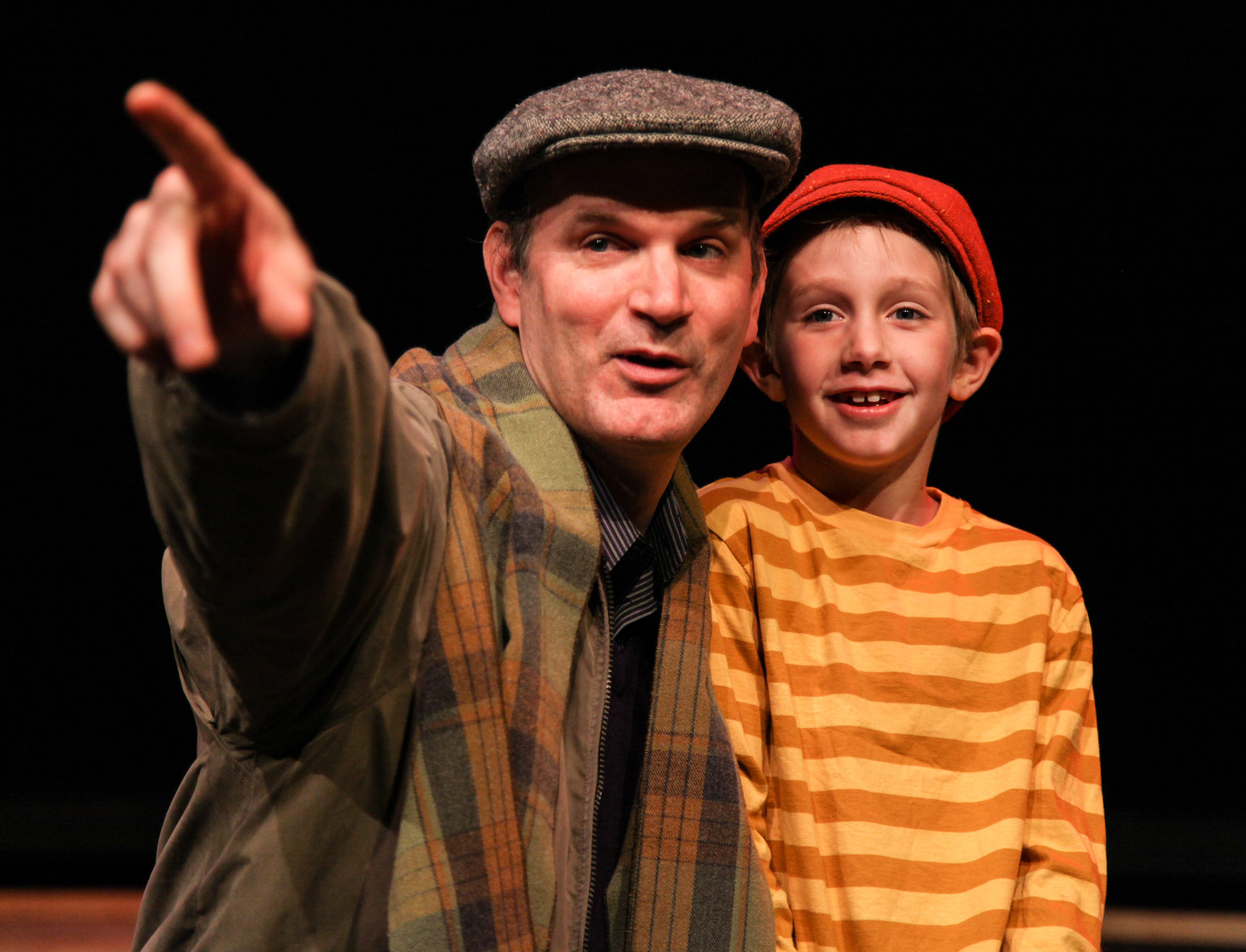 Based on a novel written by Daniel Wallace, Big Fish the play offers lots of laughs. The plot is centered around a man who teaches his son Will (younger Will performed by Landon Barnickel) life lessons through a series of animated, funny and a little goofy at times…but very well told sketches. Actor Edward J. MacLennan (performed the role of Edward Bloom) is the driving force behind this collection. MacLennan is a very versatile actor and Big Fish certainly affords him the opportunity to display his many talents. Edward Bloom, a likeable character who often goes from funny to serious and back to funny all over again, is very well portrayed by MacLennan. This musical, dancing, joke-telling ensemble has a way of awakening your imagination and tickling your visual palate with the use of flying fish, a gliding mermaid, a crystal ball reading witch and a 10-foot giant.

TheThe storyline takes a different turn as time flies and young Will becomes big Will (performed by Taylor Okey) and makes a mountain out of a molehill as he makes it his life mission to uncover the truth behind his father’s secret affair years ago. For reasons that I’ll never understand, it becomes imperative that Will finds out if his father cheated on his mother and he goes through grave lengths to investigate this. And so, Act 2 explores Will’s journey to uncover the truth

Directed by Dante J. Orfei, Big Fish can be lots of fun if you’re in the mood for an evening filled with somewhat childish antics. You’re in for an added bonus at the end…did Will’s father have an affair? You’ll have to go find out!!!