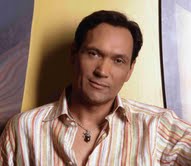 “My cast for the Broadway production was perfect. And yet somehow, I was lucky enough to find another amazing group of actors who excite me in a completely new way,” comments director and ensemble member Anna D. Shapiro. “With John, Jimmy, Sandra, Sandra and Gary, it’s a really new and exciting day and I look forward to reinterpreting this story with this amazing group.”

Things are on the up-and-up for recovering alcoholic Jackie and girlfriend Veronica—until Jackie spots another man’s hat in their apartment and embarks on a sublimely incompetent quest for vengeance. Fast-paced and uproarious,Mother asks probing questions about the havoc addiction wreaks. Ensemble member Anna D. Shapiro, director of the acclaimed Broadway premiere, returns to direct the Steppenwolf production.

Jimmy Smits’s theater credits include the Broadway production of Yasmina Reza’s God of Carnage at the Bernard Jacobs Theatre in 2009/10; the Pulitzer Prize-winning play Anna in The Tropics by Nilo Cruz at Royale Theatre in 2003; the New York Shakespeare Festival’s Shakespeare in the Park production of Much Ado About Nothing in 2004, as well as Twelfth Night in 2002. Also for The Public Theater, he has appeared in Hamlet, directed by Joseph Papp, and Michael Weller’s The Ballad of Soapy Smith, directed by Robert Egan. Other Off-Broadway appearances include Ariano, directed by George C. Wolfe; the American Place/Playwrights Horizon co-production of Buck by Ronald Ribman; and for the Woman’s Project at The American Place Theatre, he appeared opposite Linda Hunt in Little Victories.

He appeared in many staged readings and workshop productions at New Dramatists, INTAR and The Puerto Rican Traveling Theatre. Regionally, he has been guest artist at The Colorado Shakespeare Festival’s production of Othello. He appeared at Hangar Theatre in Ithaca, New York, in productions of Loose Ends, The Rainmaker and Gemini; at the Center Stage, Baltimore, in Eric Overmyer’s Native Speech; and in the West Coast premiere of Ariel Dorfman’s Death and the Maiden, directed by Robert Egan at Mark Taper Forum.

Jimmy is a graduate of Brooklyn College’s Center for the Performing Arts, CUNY and holds an MFA from Cornell University’s Theatre Arts Program. He was recently seen in Mother and Child, opposite Annette Bening and directed by Rodrigo Garcia, and Backyard, directed by Carlos Carrera, which was Mexico’s official Oscar submission for Foreign Language Film. Other film work includes Robin Swicord’s The Jane Austen Book Club, Star Wars: Episode II – Attack of the Clones and Star Wars: Episode III – Revenge of the Sith, My Family, Mi Familia, which earned him an IFP Spirit Award nomination, Price of Glory, Running Scared, The Believers, Old Gringo, Vital Signs and Switch.

Jimmy’s television credits include guest starring in the hit FX series Sons of Anarchy; producer and star of Outlaw andCane; the four-part PBS documentary series Latin Music USA, which he narrated; an Emmy-nominated guest starring role in Showtime’s Dexter; and The West Wing, in which he portrayed Presidential candidate Matt Santos. He received six consecutive Emmy nominations for his portrayal of Victor Sifuentes on L.A. Law, winning the Emmy in 1990, and five Emmy nominations for his role as Bobby Simone on NYPD Blue, for which he received a Golden Globe award, two additional nominations and four SAG Award nominations. Other television credits include the Showtime moviesSolomon and Sheba and Marshall Law, the ABC miniseries Steven King’s The Tommyknockers, the award-winning ABC movie The Broken Cord, Glitz, Dangerous Affection and The Cisco Kid for TNT.

Steppenwolf Theatre Company is America’s longest standing, most distinguished ensemble theater, producing nearly 700 performances and events annually in its three Chicago theater spaces—the 515-seat Downstairs Theatre, the 299-seat Upstairs Theatre and the 80-seat Garage Theatre. Formed in 1976 by a collective of actors, Steppenwolf has grown into an ensemble of 43 actors, writers and directors. Artistic programming at Steppenwolf includes a five-play Subscription Season, a two-play Steppenwolf for Young Adults season and three repertory series: First Look Repertory of New Work, Garage Rep and Next Up. While firmly grounded in the Chicago community, nearly 40 original Steppenwolf productions have enjoyed success both nationally and internationally, including Off-Broadway, Broadway, London, Sydney and Dublin. Steppenwolf has the distinction of being the only theater to receive the National Medal of Arts, in addition to numerous other prestigious honors including an Illinois Arts Legend Award and nine Tony Awards. Martha Lavey is the Artistic Director and David Hawkanson is the Executive Director. Nora Daley is Chair of Steppenwolf’s Board of Trustees. For additional information, visit steppenwolf.org, facebook.com/steppenwolftheatreand twitter.com/steppenwolfthtr.