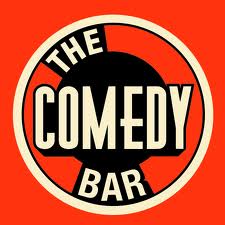 A Chicago native, Belushi brings his industry know-­­how and star power to the River North comedy club starting with its gala re­­launch weekend, October 18-­­20, 2012. Belushiwill be on hand Thursday, Friday and Saturday nights to introduce the shows and take part in the performances, and will sit in with special guest band, Rob Stone and the C-­­Notes, Thursday at midnight.

“The Comedy Bar is filled with magic: those special and intimate moments of recognition and laughter between the comedians and the audience that only live performance provides.” Belushi says. “I am excited to chase and witness the magic that happens at The Comedy Bar on a nightly basis. It’s fun it’s funny and it will kill! The Comedy Bar will become one of the stars and a highlight in Chicago’s rich tapestry of comedy life. We’re going to have a ball!”

“Jim Belushi is Chicago, and he encompasses all that is The Comedy Bar,” says Lane. “The Comedy Bar is Chicago’s best-­­kept secret. With Jim’s arrival, we are becoming the premier Chicago entertainment venue. We’re creating the perfect Chicago night out by offering comedy, live music and dancing.

With its relaunch, The Comedy Bar positions itself as Chicago’s premier location for nightlife entertainment. Occupying the ground floor of the Ontourage nightclub complex, the year-­­old comedy venue is perfectly equipped to showcase its expanded repertoire, which will include not only stand-­­up, but also improv, burlesque comedy, music and dancing. The weekly schedule expands to eight shows over three nights. All three nights of comedy are capped off with music with DJs playing dance/house music starting at midnight.

The Comedy Bar first opened in August 2011. The original concept, still intact, was to create a quality stand-­­up comedy venue in the heart of the city, easily accessible to tourists and locals, and with affordable ticket prices. Its first booking was a Comics to Watch showcase presented by Comedy Central and the New York Comedy Festival. 2012 programming included the TBS Just For Laughs Festival. The Comedy Bar will continue to showcase the best stand-­­up Chicago has to offer at the unbeatable price of only $10-­­$15 per show. For tickets and info, visit http://comedybarchicago.com

For more information about The Comedy Bar and current bookings, please call 773-­­387-­­8412 or visit comedybarchicago.com.