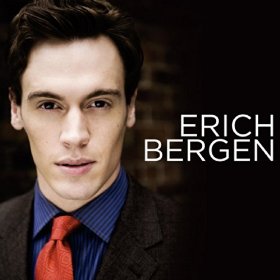 Producer Michael Ingersoll has announced Erich Bergen—Live in Concert! for two shows only at the Metropolis Performing Arts Centre in Arlington Heights, IL on Sunday, November 8th at 3pm and 7pm. These concerts – part of the “Artists Lounge Live” series – will serve as Erich’s solo concert debut in the Chicago area.

Best known for his performance as Bob Gaudio in the Clint Eastwood film of Jersey Boys (reprising the role he played on stage for over three years) and his co-starring role on the hit CBS drama Madam Secretary, Erich Bergen will bring his dry wit and smooth vocals to the Metropolis stage with musical director Jo Ann Daugherty and a 7 piece band. The show will feature songs from Bergen’s stage and screen career and songs from his two EP releases — his self-titled debut and the recent Never Give Up. Following both performances, Erich will offer a meet & greet with audience members where he will sign copies of his albums.

Of Bergen’s past concert performances, the Los Angeles Times said, “… with his lanky good looks and vibrant intensity, his charisma feeds off the spotlight …” and BroadwayWorld.com said, “Taking the stage with the gusto akin to a tornado or blazing brush fire, this young dynamo captivated the packed house from the moment he opened his mouth.” Bergen last played four sold-out performances at the legendary Birdland in New York City which has led many to describe him as ‘the next big thing.’

Erich’s last appearance in the Chicago area was as the title character in HERO – A New Musical in the summer of 2012 at the Marriott Lincolnshire Theatre.

“Artists Lounge Live” is a dynamic concert series which offers audiences tremendous talent in an intimate light. It proudly introduces stellar acts from America’s entertainment capitals to communities across the nation. It’s where you’ll see knockout notables share their side of the story. “Artists Lounge Live” brings the toast of 42nd street to main street.

Erich Bergen — Live! will play two performances only at the Metropolis Performing Arts Centre, 111 W. Campbell Street in Arlington Heights on Sunday, November 8th at 3pm and 7pm. Tickets are $40 and may be purchased at www.metropolisarts.com or by calling 847-577-2121.