Chicago’s Music Box Theatre, 3733 N. Southport, hosts a variety of special screenings and appearances throughout the summer, including Curb Your Enthusiasm’s Jeff Garlin in person for opening weekend of his new IFC Films comedy Dealing With Idiots, Hitchcock muse Tippi Hedren (The Birds) in attendance for a special matinee of Marnie and Alex Winter, aka Bill in Bill & Ted’s Excellent Adventure, presenting his new documentary feature Downloaded as part of the fifth annual Summer Music Film Festival.

This silent romance starring film legends Gloria Swanson and Rudolph Valentino was long considered one of the great “lost” films from the Hollywood golden age; only a one-minute fragment was known to exist. Lost for more than 80 years, film cataloguers recently found nitrate reels of Beyond the Rocks and lovingly restored this stunning tale of romance.

National Theatre Live is an exciting initiative to broadcast live performances of the best of British theater to cinemas around the world. In this funny and moving political epic set in 1974, the corridors of Westminster ring with the sound of infighting and backbiting as Britain’s political parties battle to change the future of the nation, whatever it takes. Charlie Buckland and Phil Daniels star.

See and hear two different amazing musical events in the newly remodeled and intimate Music Box Screening Room. The film footage in HD, captured by the video director Pietro Tagliaferri, will be broadcast live from La Scala opera house only to cinemas with 2K resolution in order to guarantee state-of-the-art sound and video resolution. La Filarmonica della Scala al Cinemapremiered in Italy in January and will be offered to 1,400 cinemas in 40 countries around the world. The filmmakers go behind the scenes, interviewing the artists, and introducing each concert from places associated with the lives of the composers.

Music Box Theatre and Chicago Public Radio’s “Sound Opinions” present the third annual Music Box Summer Music Film Festival with the best new documentary and concert films available about bands and music, both contemporary and classic. More than a dozen features include the documentary Downloaded, about the rise and fall of Napster, with director Alex Winter (co-star of Bill & Ted’s Excellent Adventure) scheduled to appear. Opening night screening of the Levon Helm doc Ain’t In it For My Health is presented by “Sound Opinions” hosts Jim DeRogatis and Greg Kot.

West End production of The Audience. For 60 years Elizabeth II has met each of her twelve Prime Ministers in a weekly audience at Buckingham Palace – a meeting like no other in British public life. Both parties have an unspoken agreement never to repeat what is said. The Audience imagines a series of pivotal meetings between the Prime Minister and their Queen. From Churchill to Cameron, each Prime Minister has used these private conversations as a sounding board and a confessional – sometimes intimate, sometimes explosive.

Music Box celebrates Independence Day with a classic. This biopic about renowned musical composer, playwright, actor, dancer and singer George M. Cohan, memorably played by James Cagney, is perhaps the most patriotic movie around. The tale of Cohan, the Broadway great born on the 4th of July who inspired a nation during the Great War with such songs as “It’s a Grand Old Flag” and “Over There,” was exactly what a WWII nation needed upon its summer of 1942 release. The film earned Cagney, an actor known primarily for his tough-guy roles, his only Oscar statuette.

Back by popular demand, the original high school musical returns to the Music Box Theatre this Independence Day. Wear your best poodle skirt and saddle shoes, biker jacket and shades, and bring your heartiest vocals for a rollicking ’50s sing-along. Belt it out with the T-Birds and Pink Ladies to “Greased Lightning,” “You’re the One that I Want,” “We Go Together,” “Summer Nights” and many more at this special summer event. This fun-filled sing-along features a pre-show costume parade and screening of the beloved Olivia Newton-John/John Travolta classic. Admission includes pre-show entertainment by Dennis Scott on the Music Box organ plus a prop bag, costume contest and interactive fun.

A sideshow ventriloquist, midget and strongman leave the circus and form a conspiracy known as “The Unholy Three” with plans to commit a series of robberies. Disguised as a little old lady, Echo the ventriloquist (Lon Chaney) and his two carnival cohorts perform a series of Park Avenue robberies. Echo’s sweetheart Rosie (Mae Busch) plays along with The Unholy Three but later changes her mind when their latest burglary ends in murder—and threatens to send an innocent man to the electric chair. Shown with live musical accompaniment by Dennis Scott on the Music Box organ.

Now in its third year, the Music Box expands to an entire week of the very best in contemporary French cinema, featuring special guests and film presentations. Among this year’s selections are The Dandelions, a bittersweet family drama directed by Carine Tardieu, and 11.6, a heist film based on a true story, directed by Philippe Godeau and starring François Cluzet (Intouchables, Tell No One). In honor of the 50th anniversary of the Élysée Treaty, the Chicago French Film Festival teams with the Goethe Institut for a special screening of Wim Wenders’ 1987 classic Wings of Desire, starring French actress Solveig Dommartin.

Music Box Theatre announces a week of Alfred Hitchcock’s silent films, jointly presented by the BFI, Park Circus/ITV and Rialto Pictures. The restoration of Hitchcock’s nine surviving silent films has been the biggest and most complex restoration project undertaken by the BFI National Archive to date: decades of damage and wear have been removed; the sharpness of the image improved; new shots discovered and intertitles and tinting restored.  On opening weekend, Mont Alto Motion Picture Orchestrapresents newly composed scores for select titles.

One night only: See the feature film that continues the storyline of the popular anime series Blue Exorcist. 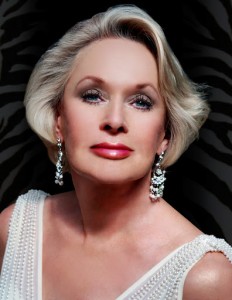 Film lovers are invited to hear the stories from behind the scenes in this unique opportunity to visit with Tippi Hedren and see Alfred Hitchcock’s controversial 1964 classic. Marnie revolves around a pathological liar and compulsive thief (Hedren) who is befriended by her latest victim (Sean Connery). Hedren will introduce the film before and answer audience questions after. There will be a very special preshow VIP event including photos, autographs and discussion with Ms. Hedren for a select 100 ticket purchasers.

The fifth sensational edition of Noir City: Chicago combines rarely seen gems with revivals of recognized noir classics and newly rediscovered and restored prints — all presented on the big screen in glorious 35mm. This year includes three incredibly rare films, not available on DVD, in brand-new 35mm prints: Try and Get Me! (1950), metaphysical noir Repeat Performance (1947) and Monogram studio’s lost B gem High Tide (1948). The 16 films noirs are presented by the Film Noir Foundation.

TRAPPED IN THE CLOSET SING-A-LONG

Alternately ridiculed as the “Plan 9 From Outer Space of music videos” and hailed as the masterpiece from our generation’s greatest living R&B legend, R. Kelly’s multi-chapter concept video “Trapped in the Closet” is polarizing. Whichever camp music fans fall into, there will be no better cinematic event this summer than singing and dancing and playing with props in a theater full of other R. Kelly fans at the fully interactive R. Kelly’s Trapped in the Closet Sing-A-Long.

July 12: JEFF GARLIN IN PERSON FOR DEALING WITH IDIOTS

August 23-24: SING-A-LONG TRAPPED IN THE CLOSET