Jay Leno, Gladys Knight and More Coming to The Venue 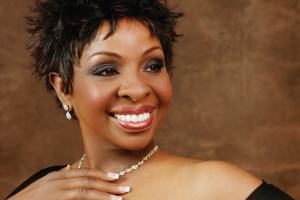 THE VENUE
If you want to see the biggest names in music live in memorable Chicago concerts, you’ll find them at The Venue at Horseshoe Hammond Chicago Casino.

Iconic rock band Bad Company has maintained international success since the 1970s. Although the band has welcomed new talent over the years, its classic hard rock sound has stayed the same.

Join two iconic Chicago chefs, Graham Elliot Bowles from MasterChef and Tony Mantuano, chef/partner at Spiaggia. They will be on hand along with a host of other notable Chicago chefs for exciting culinary presentations, Q & A sessions, and cooking tips.

Godsmack at The Venue

The Grammy-nominated metal band hits the stage again performing crowd favorites such as “I Stand Alone” along with many other top tracks from their five albums.

Not only has Jeff been the star of his own Comedy Central show, but he has also appeared on The Tonight Show, The Late Show with David Letterman and Sonny with a Chance. You don’t want to miss the top selling standup act in the country at this bound to be sold-out show.

Grammy nominated Ron White has sold over 1 million DVDs of his comedy video “They Call Me Tater Salad and his book was featured on The New York Times best seller list. He has appeared in numerous television shows and had cameos on movies such as Sex and the City 2 and Horrible Bosses.

Amy Schumer is quickly emerging as one of the the hottest stars in the world of comedy. She is the creator, star and writer of Inside Amy Schumer, a brand new show premiering on Comedy Central, April 30th. Amy has quickly grown in popularity coming off of her one-hour stand- special Mostly Sex Stuff, which became Comedy Central’s second-highest rated special of the year. Lastly, she participated as one of the featured comedians on Comedy Central’s Roast of Roseanne, following her breakout performance on last year’s Roast of Charlie Sheen. Amy was most recently on Louie and will next be seen in Season 2 of HBO’s Girls.

Gladys Knight and the Ojays

Grammy Award-winning artist Gladys Knight, also known as the “Empress of Soul,” rose to stardom with her group, The Pips in the 1960s and ‘70s. In the late ‘80s, Knight pursued a solo career where her track for the James Bond movie, “License to Kill,” reached No. 1 on the R&B chart. After a handful of successful chart-topping singles, Knight’s 1995 Grammy-Award winning album, “Just for You” went gold. Additionally, her 2001 album, “At Last” won a Grammy for Best Traditional R&B Vocal Album. Also to perform with Knight is the legendary R&B group, The O’Jays who have released many hits including “Back Stabber,” “Love Train,” “For the Love of Money” and “Used Ta Be My Girl.” The group made The Rock and Roll Hall of Fame in 2005. 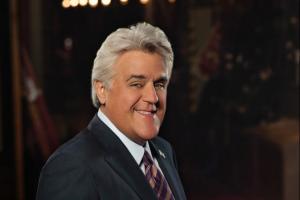 The infamous stand-up comedian, actor, producer and television host will make an appearance at The Venue for a special night full of laughter and jokes. This is definitely something not to be missed!