JANET ULRICH BROOKS AND ELIZABETH LEDO STAR IN TIMELINE THEATRE COMPANY’S THE HOW AND THE WHY BY SARAH TREEM, JANUARY 28 – APRIL 6, 2014 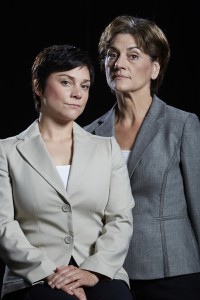 TimeLine Theatre Company continues its 2013-14 season with The How and the Why, a smart and provocative new play about science, family and survival of the fittest by Sarah Treem, the acclaimed writer/producer for Netflix’s House of Cards and HBO’s In Treatment. The How and the Why will run at TimeLine Theatre, 615 W. Wellington Avenue in Chicago, February 6 – April 6, 2014 (previews January 28 – February 5).