James Barbour to Replace Norm Lewis in Broadway’s THE PHANTOM OF THE OPERA Feb. 9 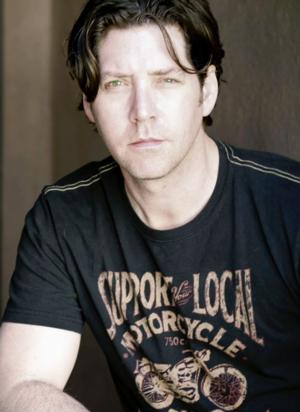 Producers Cameron Mackintosh and The Really Useful Group announced today a new leading man for the Broadway production ofAndrew Lloyd Webber’sTHE PHANTOM OF THE OPERA, directed by Harold Prince. The longest-running show in Broadway history, and one of the most successful stage productions of all-time, PHANTOM will welcome Broadway star James Barbour when he takes over the title role beginning Monday, February 9, 2015.

Having last year surpassed 11,000 performances – an unprecedented feat achieved by no other Broadway show – the New York production of PHANTOM is approaching an unheard-of 27 Years. It will celebrate this milestone on Monday, January 26 at The Majestic Theatre (247 West 44th Street), the musical’s home for all 27 record-breaking years.

James Barbour has starred on Broadway in Carousel, Beauty & the Beast, Jane Eyre (Drama League nomination), Urinetown, Assassins and A Tale of Two Cities, for which he received Drama Desk, Drama League and Outer Critics Award nominations for Best Actor in a Musical. He made his Broadway debut in 1993 in Cyrano – The Musical and also appeared in the national tour of The Secret Garden, as well as opposite Jeremy Irons in Camelot. Most recently, Mr.Barbour received the LA Ovation Best Actor Award for playing Jean Valjean in LES MISERABLES. In addition to numerous film and television credits, his many recordings include his solo albums The Gift of Christmas and his most recent release, the acclaimed Bring Me Giants, as well as the cast recordings of the shows in which he has appeared.

Mr. Barbour is married to PHANTOM alumna Dana Stackpole, who has appeared as a member of the Ballet Chorus in both the Broadway and national touring companies.

Mr. Barbour will succeed the Broadway production’s current star, Tony Award nominee Norm Lewis. Mr. Lewis made history last May when he became the first African-American to star in the title role in the Broadway production. (In 1990, Tony Award nominee Robert Guillaume played the role when he succeeded original star Michael Crawford in the Los Angeles production.) As previously announced, Mr. Lewis will play his final performance on Saturday evening, February 7.

Based on the classic novel Le Fantôme de L’Opéra by Gaston Leroux, The Phantom of the Opera tells the story of a masked figure who lurks beneath the catacombs of the Paris Opera House, exercising a reign of terror over all who inhabit it. He falls madly in love with an innocent young soprano, Christine, and devotes himself to creating a new star by nurturing her extraordinary talents and by employing all of the devious methods at his command.

THE PHANTOM OF THE OPERA is produced by Cameron Mackintosh and The Really Useful Group, has music byAndrew Lloyd Webber and is directed by Harold Prince. Lyrics are by Charles Hart (with additional lyrics by Richard Stilgoe) and the book is by Richard Stilgoe and Andrew Lloyd Webber. The Phantom of the Opera has production design by the late Maria Björnson, lighting by Andrew Bridge and sound design by Mick Potter with original sound byMartin Levan. Musical staging and choreography is by Gillian Lynne. Orchestrations are by David Cullen and Andrew Lloyd Webber.

The performance schedule for The Phantom of the Opera is Monday evenings at 8, Tuesday evenings at 7, Wednesday through Saturday evenings at 8, with matinees on Thursdays and Saturdays at 2. Ticket prices range from $27 – $142 with Premium Tickets also available. To order tickets, visitwww.Telecharge.com or call (212) 239-6200.

James Barbour (The Phantom of the Opera) was nominated for the Drama Desk, Drama League and Outer Critics Awards for Best Actor in a Musical for his portrayal of Sydney Carton in the musical version of A Tale of Two Cities, for which he also was awarded the Sarasota Magazine Best Actor award for the Asolo production of the same prior to Broadway. He starred on Broadway in various award-winning shows including Stephen Sondheim’s Assassins (directed by Joe Mantello), Disney’s Beauty & the Beast as The Beast, Carousel as Billy Bigelow, Urinetown as Officer Lockstock and as Edward Rochester in Jane Eyre, which also garnered him a nomination for the Drama League Award. His Broadway debut was in Cyrano – The Musical. He also appeared in the national tour The Secret Garden and starred opposite Jeremy Irons in Camelot. Most recently, Mr. Barbour received the LA Ovation Best Actor award for playing Jean Valjean in LES MISERABLES. He also starred as Daryl Van Horne in the musical version of The Witches of Eastwick and as Daddy Hogan in the opera Anna Nicole at the Brooklyn Academy of Music. Television credits range from pilots “Thee District,” “Just Shoot Me” and “Flashpoint” to appearances on “Sex and the City,” “Ed,” “That’s Life” and “Beauty and the Beast in Concert” for CBS. James was part of PBS’s “Great Performances” tribute toOscar Hammerstein and the mini-series “An American Experience: John and Abigail Adams,” playing Thomas Jefferson, as well as a film version of “A Tale of Two Cities” aired on public television. On film, James was in Alchemy (Tribeca Film Festival and ABC Family) starring opposite Tom Cavanagh and Sarah Chalke, Adam Sandler’s Eight Crazy Nights, Waiting for Lefty, The Tell Tale Heart and Twinkle Toes with Sally Kirkland. His voice can be heard on the recordings of A Tale of Two Cities, Jane Eyre, Assassins, Broadway in Concert and The Gift, as well as Frank Wildhorn’s studio recordings of Dracula, Tears from Heaven, The Count of Monte Cristo and Excalibur. James has two solo CDs: A Gift of Christmas and his recent release, Bring Me Giants, which was voted in the top 10 by TheatreMania alongside Tony Bennett and Barbra Streisand. He hosts TV’s “James Barbour Now” on WITNation.com. His production company, Laughing Dog Media, creates and controls original content for VoiceAmerica.tv’s new Internet TV network. www.JamesBarbour.com @JamesBarbourNow