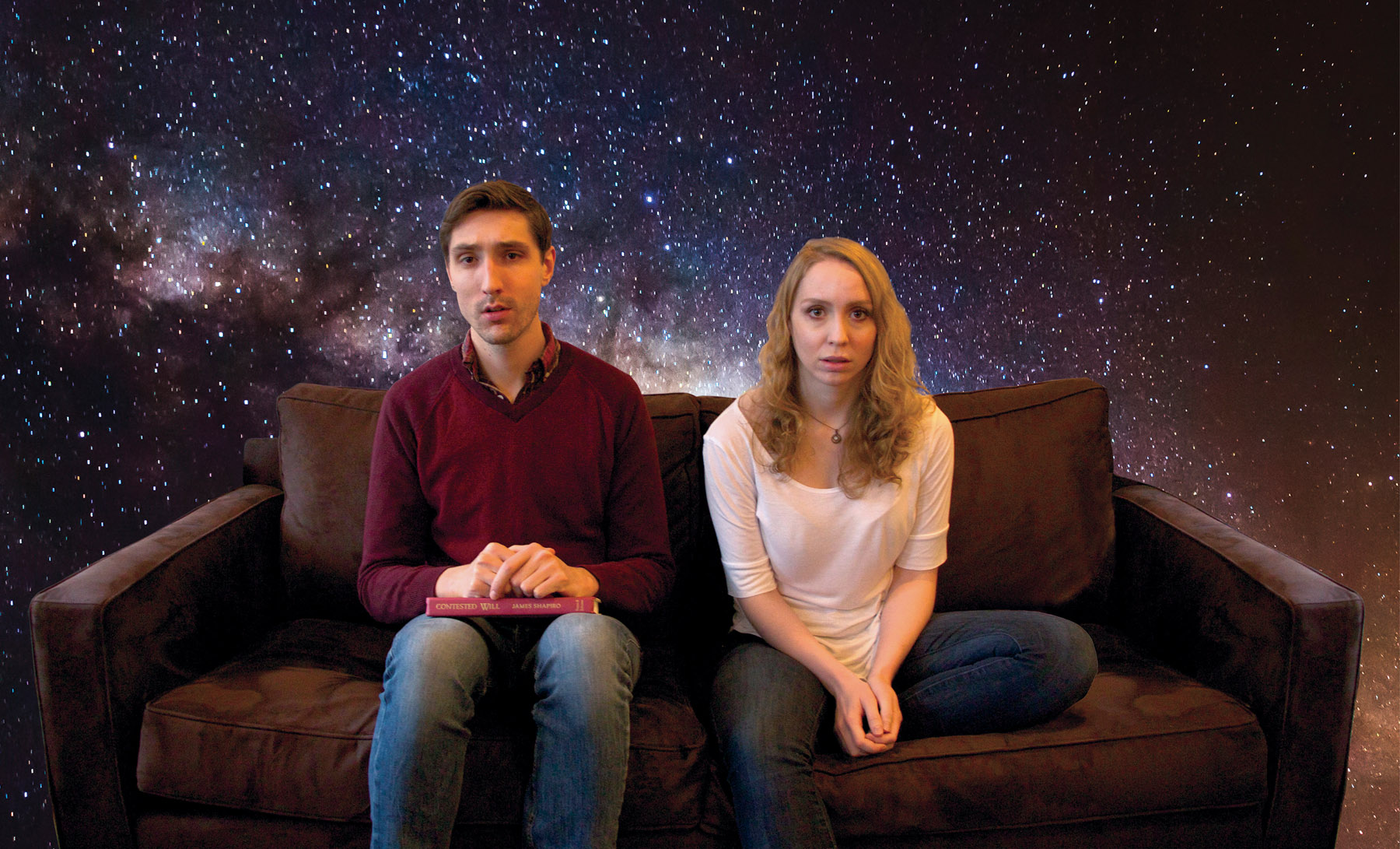 Interrobang Theatre Project is pleased to continue its 2015-16 Season, exploring “Unnatural Disasters,” with RECENT TRAGIC EVENTS, a dark comedy set against the backdrop of 9/11, by Emmy-nominated playwright Craig Wright, directed by Co-Artistic Director Georgette Verdin*. RECENT TRAGIC EVENTS will play March 11 – April 10, 2016 at The Athenaeum Theatre (Studio 2), 2936 N. Southport Ave. in Chicago. Tickets are currently available at www.interrobangtheatre.org, by calling (773) 935-6875 or in person at The Athenaeum Theatre Box Office.

RECENT TRAGIC EVENTS is a dark comedy set in Minneapolis on the evening of Sept. 12, 2001. Andrew, an awkward, yet endearing airport bookstore manager and Waverly, an attractive advertising executive, are meant to go on a blind-date. But as Waverly becomes increasingly distracted trying to reach her sister, a NYC resident who’s been unaccounted for since 9/11, the date begins to unravel. Questions of fate versus free will, shocking coincidences and unexpected visits lead to one bizarre turn after another in this existential exploration.

Comments Director Georgette Verdin, “More than a play about 9/11, Recent Tragic Events is about what happens to us in the midst of tragedy, when in the blink of an eye, everything becomes an unfamiliar version of itself and we’re left to reconcile the need to continue with our lives with the feeling that everything has come to a screeching halt.”

Craig Wright (Playwright) recent productions include Mistakes Were Made at A Red Orchid Theatre, Hartford Stage and the Barrow Street Theater; Blind at Rattlestick Playwrights Theatre; The Gray Sisters at Third Rail Rep; The Unseen at Actors Theater of Louisville and upcoming at Stages Rep with Lady, which was commissioned by and received its world premiere from the Northlight Theatre and was subsequently produced at Rattlestick and across the country; and Orange Flower Water, produced at Steppenwolf Theatre. Wright’s television credits include Six Feet Under (Emmy Award nomination), Lost, Brothers & Sisters and Dirty Sexy Money.

Georgette Verdin (Director) is Co-Artistic Director of Interrobang Theatre Project. In addition to working with Interrobang and being a freelance director, she’s also the founding theatre teacher at Polaris Charter Academy, an Expeditionary Learning School in West Humboldt Park and adjunct Speech Faculty at Wilbur Wright College. Selected directing/devised credits include: Hamlet, A Midsummer Night’s Dream, The Burn of 1871, Chasing Freedom, People Get Ready and Wiley and the Hairy Man. Georgette also directed ITP’s first show of Season 6: Katrina: Mother-in-Law of ‘Em All, which chronicled the harrowing and humorous true tales of six Hurricane Katrina survivors. Georgette holds a Masters in Directing from Roosevelt University and a BA in Theatre Performance from McNeese State University in Lake Charles, LA.

Now in its sixth season, Interrobang Theatre Project, under the artistic leadership of founder Jeffry Stanton and James Yost, has been hailed by the Chicago Tribune as a “company to watch” and by Time Out Chicago as “one of Chicago’s most promising young theatre companies.”  Productions have included the world premiere of Ibsen is Dead by Calamity West; the Midwest premiere of The Argument by Gregory Moss; the Jeff Award Recommended The Pitchfork Disney, Terminus and Orange Flower Water; Speaking in Tongues, Here Lies Henry, and the critically-acclaimed Hot ‘N’ Throbbing which Time Out Chicago’s 5-star review called a “scintillating revival” and Newcity Stage exclaimed, “Interrobang Theatre Project, guns ablaze, dives headfirst into the play’s challenging themes, and offers a rare production in which every element onstage is as robust and capable as every other.”

An interrobang is the combination of a question mark and an exclamation point, joining the Latin for “question” (interro) with a proofreading term for “exclamation” (bang). Through the plays we produce, Interrobang Theatre Project aims to pose worthwhile and exciting questions which challenge our understanding and assumptions of who we are and the world in which we live. With our audience, we are changing our world one play at a time.