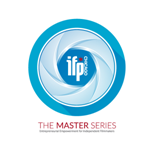 Independent Filmmaker Project Chicago (IFP Chicago) launches The IFP Master Series. Seeing Your Destination from the Start: Get Your Movie Made, Get Your Movie Seen with Adam Leipzig Former VP of Walt Disney Studios and Award Winning Producer, Movie Executive, Distributor & Author will be held at 6:00 PM on September 16 at the DePaul Communication Theater 247 State Street, Lower Level LL102. Leipzig has supervised over 25 films that have disrupted expectations and won dozens of awards.  His overview and strategic distillation of each step of the filmmaking process has inspired and empowered legions of filmmakers. Seats are limited.

ADAM LEIPZIG is one of those rare leaders who has the ability to truly deliver. As a game-changing visionary and leader, Adam has been a producer, distributor or supervising executive on more than 25 films that have disrupted expectations, including March of the Penguins, Honey, I Shrunk the Kids, Dead Poets Society, and Titus. His movies have won or been nominated for 10 Academy Awards, 11 BAFTA Awards, 2 Golden Globes, 2 Emmys, 2 Directors Guild Awards, 4 Sundance Awards and 4 Independent Spirit Awards. Adam is the former president of National Geographic Films, where he raised $125 million in production financing, and he is a former Senior VP of Walt Disney Studios.  Currently, as the CEO of Entertainment Media Partners, he is providing informed guidance, deal making intelligence and relevant connections for corporations and prestige media companies to garner greater success in the marketplace.

The Master Series: Entrepreneurial Empowerment for Independent Filmmakers will feature the most sought after industry gurus touching on the business of independent filmmaking from conception to financing to distribution. Our gurus will present rare insider perspectives on the process of producing quality independent films. They will also offer up to date strategies and best practices on how to create value with in the marketplace.

INDEPENDENT FILMMAKER PROJECT CHICAGO (IFP CHICAGO) is a non-profit organization committed to the idea that independent film is an important art form and powerful voice in our society. We provide information, community, education and professional development opportunities for independent filmmakers, industry professionals and independent film enthusiasts. We encourage quality and diversity in independent production and assist filmmakers at all levels of experience in realizing their unique vision.

To find out about upcoming programs & events, or to sign up for the IFP Chicago newsletter visit www.ifpchicago.org.