With razor-sharp wit and monkey and his back, ensemble members Ed Jones* stars as the embittered Rip Nelson, a mash-up of iconic television celebrities Rip Taylor and Charles Nelson Reilly. Additional casting to be announced. *Denotes Handbag ensemble members 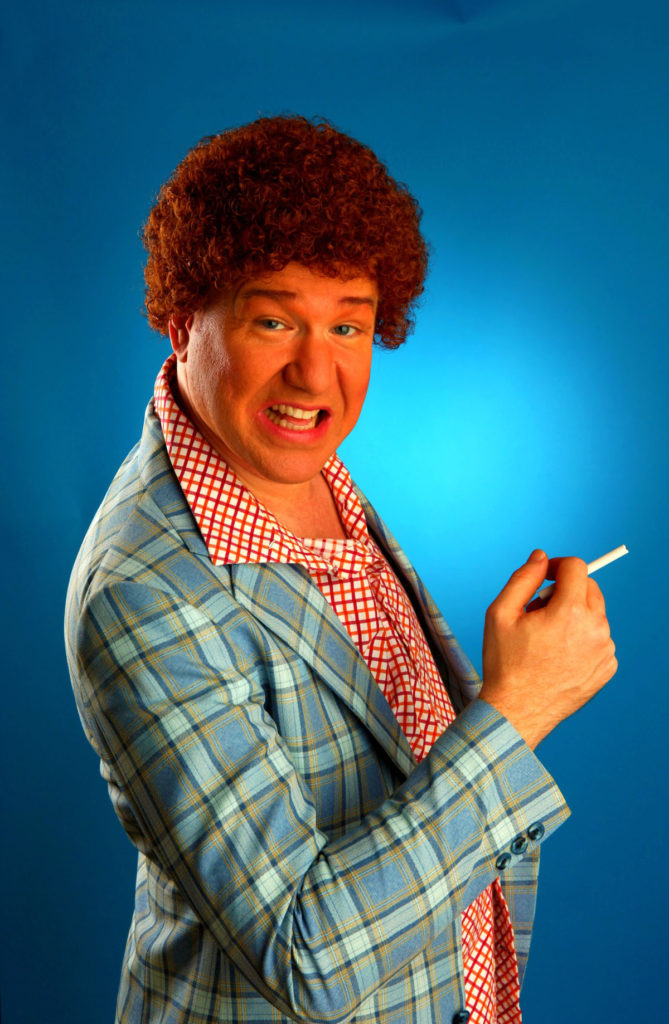 Audiences fell in love with Rip Nelson in Handbag’s 2010 hit The Rip Nelson Halloween Spooktacular – now he’s back and ready to deck your halls in THE RIP NELSON HOLIDAY SPECTACULAR. It’s 1982 and a newly sober Rip manages to land another TV special after the death of his archrival, Paul Lynde. Rip is determined to get his career back on track but can he handle the stress of a network television special and stay sober? Luckily he’s got help from a cavalcade of the hottest stars of 1982! Rip pulls every trick in the book to breathe some life in the dying variety series format and save his career but soon questions if his career is worth saving.

David Cerda (Playwright) is the co-founder and Artistic Director of Hell in a Handbag Productions. He has written and appeared in POSEIDON! An Upside Down Musical, The Birds, Rudolph the Red-Hosed Reindeer, SCARRIE The Musical, Caged Dames, Lady X, How Whatever Happened to Baby Jane Happened, TROGG! A Rock and Roll Musical, Christmas Dearest, Scream, Queen! SCREAM!, The Rip Nelson Halloween Spooktacular and Sexy Baby. His plays have been produced around the country. He has also worked as a songwriter/lyricist with Amazon Films on an animated project and as an actor with various theater companies throughout the city of Chicago. This year Cerda has also been named as an inductee into the Chicago Gay and Lesbian Hall of Fame for his contributions to Chicago theatre.

Steve Love (Director) is a Handbag ensemble member, and a two-time Jeff Award nominee (Best Supporting Actor, Best Choreography). Recent creative credits include last year’s production of Christmas Dearest (Director/Choreographer, HIAH), and Northlight Theatre’s production of Charm (Choreographer). Recent performing credits include Miracle! (Helen) with HIAH; Kin Folk (Arethin) and Stanley in the Name of Love (Stanley) with The New Colony. Steve has worked on stages on the East Coast, the Midwest and throughout the Caribbean aboard Disney Cruise Lines.

About Hell in a Handbag Productions

Founded in 2002, Hell in a Handbag Productions is Chicago’s only theater dedicated to camp and the preservation, exploration, and celebration of works ingrained in the realm of popular culture via theatrical productions through parody, music and homage.   Handbag is a 501(c)(3) Not for Profit Corporation.