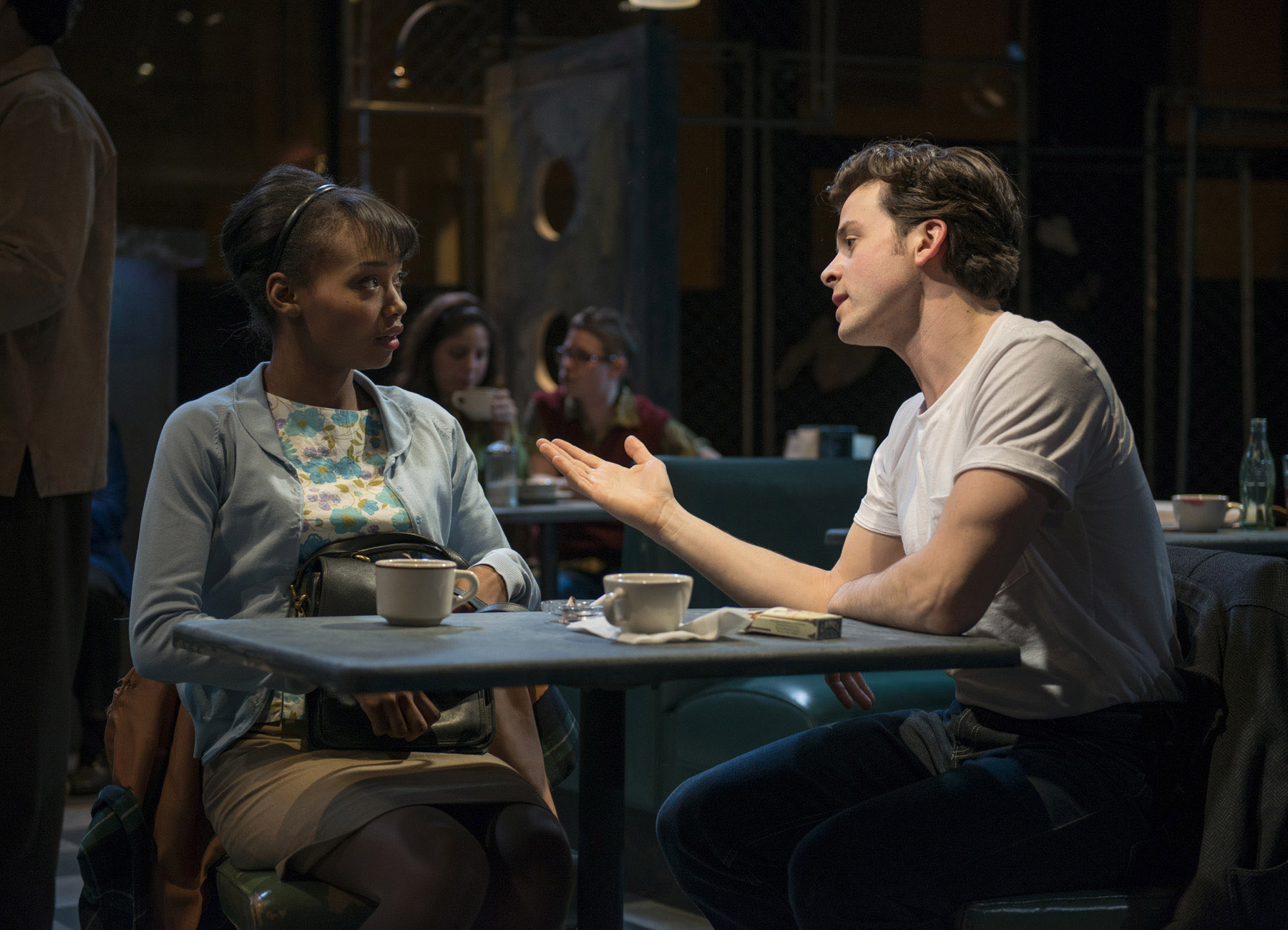 Griffin Theatre Company is pleased to continue its 2014-15 season with Lanford Wilson’s acclaimed drama BALM IN GILEAD directed by ensemble member Jonathan Berry* and featuring an ensemble cast of 31 actors and musicians. BALM IN GILEAD will play March 14 – April 19, 2015 at The Den Theatre, 1329-1333 N. Milwaukee Ave. in Chicago. Tickets are currently available at www.griffintheatre.com.

Enter the world of Frank’s café, an all-night coffee shop on Manhattan’s Upper West Side frequented by a makeshift community of dealers, junkies, hustlers, prostitutes, dreamers and runaways. BALM IN GILEAD loosely centers on Joe, a cynical drug dealer, and Darlene, a naive new arrival to the big city as their lives intersect over the course of three days. Having previously produced Wilson’s The Hot L Baltimore (1990) and Fifth of July (2003), Griffin is pleased to present this 50th anniversary production of the celebrated playwright’s first full-length work.

In order to illuminate and match the grittier themes of Balm in Gilead, Griffin Theatre has chosen to perform Lanford Wilson’s groundbreaking play at The Den Theatre instead of its regular confines at Theater Wit. With a cast of 31, the audience will be in, around and on top of the action. Griffin is also pleased to have Jonathan Berry return to direct another of Wilson’s works, having previously co-directed Fifth of July with founding Artistic Director Richard Barletta. Berry plans to honor Wilson’s original vision and set the play in 1964—the time in which it was originally set.

Lanford Wilson is a Pulitzer Prize-winning American playwright whose works also include The Hot L Baltimore, Fifth of July (Broadway 1980-82), Talley’s Folly (Broadway 1980), Angels Fall (Broadway 1983), Burn This (Broadway 1987-88) and Redwood Curtain (Broadway 1993). He He was nominated for three Awards and won a Drama Desk Award and five Obie Awards.

Jonathan Berry has been working with The Griffin since 1998. As a director, productions include: Clifford Odets’ Golden Boy, Miller/Tysen’s The Burnt Part Boys, Sheik/Sater’s Spring Awakening, the North American premieres of Simon Stephens Punk Rock (Jeff award–Director, Lead Actor and Ensemble) Port, and On the Shore of the Wide World, Stephen Sondheim’s Company, William Inge’s Picnic, JB Priestely’s Time and the Conways (Jeff nomination– director/ensemble), Sidney Kingsley’s Dead End, Brendan Behan’s The Hostage and R.C. Sheriff’s Journey’s End. He is an Artistic Associate at Steep, where his productions include: Nick Payne’s If There is I Haven’t Found it Yet, John Donnelly’s The Knowledge, David Eldridge’s Festen, Deirdre Kinahan’s Moment, Howard Korder’s The Hollow Lands and Brecht’s The Resistible Rise of Arturo Ui. Steppenwolf productions include the SYA production of A Separate Peace, and the world premiere of Melinda Lopez’s Gary, as well as the staged reading of Suicide, Incorporated. Goodman Theatre: The World of Extreme Happiness, and The Solid Sand Below. Roundabout (NY) Suicide, Incorporated. Other work includes: Gift Theatre: Shakespeare’s Othello, the world premiers of both Andrew Hinderaker’s Dirty and Suicide, Incorporated, Chicago Dramatists: I am Going to Change the World, Remy Bumppo: The Marriage of Figaro, Theatre Mir: Bond’s The Sea and Brecht’s Caucasian Chalk Circle, Redtwist Theatre: John Osborne’s Look Back in Anger and Leslye Headland’s Reberb, Lifeline Theater: The Piano Tuner (After Dark Award–Best Production). Jonathan pursued his MFA in directing from Northwestern University. He has taught acting, directing,and viewpoints at University of Michigan, Northwestern University, University of Chicago, Act One Studios, Columbia College and The School at Steppenwolf.

Established in 1988 and celebrating its 26th season, the mission of the Griffin Theatre Company is to create extraordinary and meaningful theatrical experiences for both children and adults by building bridges of understanding between generations that instill in its audience an appreciation of the performing arts. Through artistic collaboration the Griffin Theatre Company produces literary adaptations, original work and classic plays that challenge and inspire, with wit, style and compassion for the audience. For additional information, visit www.griffintheatre.com.