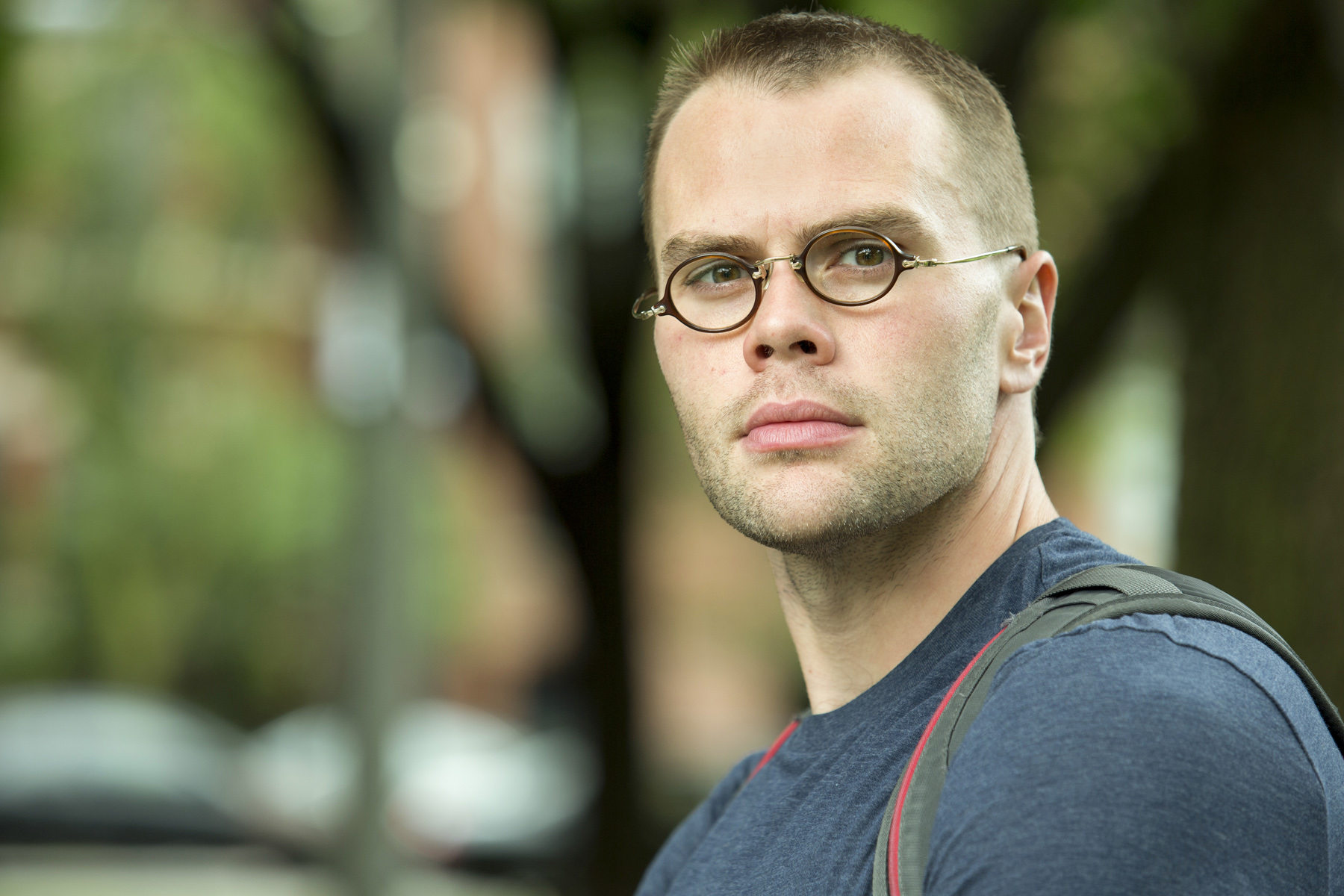 Griffin Theatre’s 2015-16 Season will be presented by at Signal Ensemble Theatre (1802 W. Berenice Ave., Chicago) and The Den Theatre (1333 N. Milwaukee Ave., Chicago). Season subscriptions go on sale Saturday, August 15, 2015 at www.griffintheatre.com. Single tickets for all production will go on sale at a later date.

During the spring of 2016, Griffin Theatre will workshop a world premiere musical based on the so-called “Big Bang Moment in Country Music,” entitled THE BRISTOL SESSIONS with a book by Griffin Artistic Director Bill Massolia. Between July 25 and August 5, 1927, record producer Ralph Peer held a series of recording sessions at the Taylor-Christian Hat and Glove Company in Bristol, Tennessee. THE BRISTOL SESSIONS marked the commercial debuts of Jimmie Rodgers and the Carter Family and the birth of country music. The workshop will include a public reading (date to be announced).

Griffin Theatre will also continue to nationally tour its productions of LETTERS HOME, FRINDLE and GHOSTS OF WAR. The Griffin’s national touring productions will reach 100,000 young people and adults during the 2015-16 theater season. LETTERS HOME will tour for a ninth straight season beginning in October with a ten-city tour of the U.S.

Home doesn’t feel like home anymore for Eddie, an Italian chain restaurant manager who is losing connections with his co-workers and his family. Set in the harsh backdrop of Pocatello, Idaho – a small, unexceptional American city – Samuel D. Hunter’s heartbreaking comedy is a cry and the struggle we face to create an authentic experience – to forge true community – in a place that is being transformed into the endless artificiality of Walmarts, Applebees and strip malls.

POCATELLO had its world premiere in 2014 at Playwrights Horizons in New York. It was the recipient of an Edgerton Foundation New American Plays award and playwright Samuel D. Hunter is a recipient of a MacArthur Genius Award. Hunter’s plays include The Whale, The Few, A Bright New Boise, A Permanent Image and Jack’s Precious Moment.

This “lost” and rarely produced work by the author of I Am a Camera and Bell, Book and Candle explores the lives and love affairs of the women employed as shorthand typists in a busy solicitor’s office in 1930’s London. The play had its premiere in May of 1931 at the Duke of York’s Theatre in London and was acclaimed for its hyper-realistic depiction of office life, as well as its soulful probing of the dreams and desires of its female characters.

LONDON WALL recently received an acclaimed revival at London’s Finborough Theater: “It hasn’t been revived until now, yet comes up fresh as paint,” hailed Charles Spencer of The Telegraph, calling the play “A piece that proves both dramatically engaging and a fascinating theatrical time-capsule.” Time Out London called it “A smart indictment of the meager circumference of a woman’s life as part of the urban workforce of the ’30s, wrapped around a heartfelt romantic drama.”

Music and Lyrics by Laurence O’Keefe

Based on a story in The Weekly World News, BAT BOY: THE MUSICAL is a musical comedy/horror show about a half boy/half bat creature who is discovered in a cave near Hope Falls, West Virginia. The local sheriff brings Bat Boy to the home of the town veterinarian, Dr. Parker, where he is eventually accepted as a member of the family and taught to act like a “normal” boy by the veterinarian’s wife and teenage daughter.

BAT BOY: THE MUSICAL had its world premiere at the Actors Gang Theatre in 1997 and has been produced around the world, but never before in Chicago.  It is the recipient of the 2001 Lucille Lortel Award for Outstanding Musical, a Richard Rodgers Development Award, the Richard Rodgers Production Award and the Outer Critics Circle Award for Outstanding Off-Broadway Musical.

Jonathan Berry has been working with The Griffin since 1998. As a director, productions include: Lanford Wilson’s Balm in Gilead, Clifford Odets’ Golden Boy, Miller/Tysen’s The Burnt Part Boys, Sheik/Sater’s Spring Awakening, the North American premieres of Simon Stephens Punk Rock (Jeff award–Director, Lead Actor and Ensemble) Port, and On the Shore of the Wide World, Stephen Sondheim’s Company, William Inge’s Picnic, JB Priestely’s Time and the Conways (Jeff nomination– director/ensemble), Sidney Kingsley’s Dead End, Brendan Behan’s The Hostage and R.C. Sheriff’s Journey’s End. He is an Artistic Associate at Steep, where his productions include: Nick Payne’s If There is I Haven’t Found it Yet, John Donnelly’s The Knowledge, David Eldridge’s Festen, Deirdre Kinahan’s Moment, Howard Korder’s The Hollow Lands and Brecht’s The Resistible Rise of Arturo Ui. Steppenwolf productions include the SYA production of A Separate Peace, and the world premiere of Melinda Lopez’s Gary, as well as the staged reading of Suicide, Incorporated. Goodman Theatre: The World of Extreme Happiness, and The Solid Sand Below.  Roundabout (NY) Suicide, Incorporated. Other work includes: Gift Theatre: Shakespeare’s Othello, the world premiers of both Andrew Hinderaker’s Dirty and Suicide, Incorporated, Chicago Dramatists: I am Going to Change the World, Remy Bumppo: The Marriage of Figaro, Theatre Mir: Bond’s The Sea and Brecht’s Caucasian Chalk Circle, Redtwist Theatre:  John Osborne’s Look Back in Anger and Leslye Headland’s Reberb, Lifeline Theater: The Piano Tuner (After Dark Award–Best Production). Jonathan pursued his MFA in directing from Northwestern University. He has taught acting, directing,and viewpoints at University of Michigan, Northwestern University, University of Chicago, Act One Studios, Columbia College and The School at Steppenwolf.

Robin Witt has directed Ferber and Kaufman’s Stage Door, Terrence Rattigan’s Flare Path and the critically acclaimed 2014 Midwest premiere of Men Should Weep for Griffin Theatre Company, which recently won Jeff Awards for Best Production, Direction and Leading Actress. Her work in Chicago has earned numerous Jeff Award nominations and her productions have been cited as “Best of the Year” by the Chicago Tribune, Time Out Chicago and Chicago Reader. She has worked at a variety of Chicago area theatres including Northlight Theatre, Steep Theatre, A Red Orchid and The Artistic Home. In addition, Robin directed Juliet: A Dialogue About Love for sacred playground theatre at the Edinburgh Fringe Festival. She is a graduate of NYU Tisch School of the Arts (BFA) and Northwestern University (MFA). Robin is an Assistant Professor at UNC Charlotte.