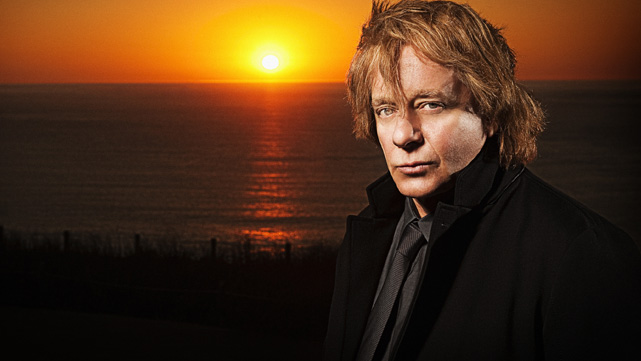 On November 7, 2015 at 8:00 p.m. Raue Center For The Arts welcomes legendary rock ‘n’ roll performer Eddie Money. Fans both new and old won’t want to miss the opportunity to see this iconic rocker, who has maintained his signature performance style for more than 30 years.

Eddie Money entered the music scene with the release of his self-titled debut album in 1977. Fans quickly fell in love with Money’s blue-collar rock ‘n’ roll style, and the album, which went double platinum, included classic songs like “Baby Hold On” and “Two Tickets to Paradise.”

Money followed the success of his debut album with a stream of Top 40 hits as well as fun and inventive music videos for songs like “Think I’m in Love” and “Shakin.” In 1986, Money released Can’t Hold Back, which went platinum, and featured the hit song “I Wanna Go Back.”

An accomplished musician known for his songwriting, Money earned a Grammy nomination in 1987 for his classic duet with Ronnie Spector, “Take Me Home Tonight.”

Over the years, Eddie Money has continued to thrill fans both new and old with his blue-collar brand of rock ‘n’ roll. Money maintains a busy touring schedule and has sold over 28 million records. Additionally, his classic songs have been featured in several movies and television shows, as well as hit video games including “Grand Theft Auto” and “Guitar Hero.”

Raue Center is a 501(c)3 non-profit organization dedicated to enriching the lives of all through the arts. For 13 years, they have provided quality programming – striving to make it pertinent, available and affordable to all. As a painstakingly restored, 1920s regional showcase theatre named for its benefactor—Lucile Raue—Raue Center has attracted the finest stars, Broadway shows, musicians and artists. Named on the League of Historic American Theatres, Raue Center is one of the finest examples of restored art and decor in the nation. The 750-seat theatre, located in historic, downtown Crystal Lake, is a gathering place for our region’s citizens and has become a true destination. For additional information, visit rauecenter.org, facebook.com/RaueCenter and twitter.com/RaueCenter.