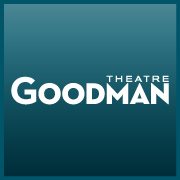 Goodman Theatre launches the 2015/2016 Playwrights Unit with four newly-named members: Kristiana Rae Colón, Sandra Delgado, Jenni Lamb and Calamity West (bio information follows). In partnership with Chicago Dramatists, the Playwrights Unit is a year-long residency program designed to foster new work by emerging and established Chicago playwrights. Participating writers attend bi-monthly meetings with members of the Goodman’s artistic team to discuss their plays-in-progress and provide feedback for one another. The residency culminates in summer 2016 with public staged readings at the Goodman oDirector of New Play Development Tanya Palmer. “Each brings a unique perspective and set of experiences to the group, and the plays they have proposed to work on over the next year promise to be challenging, relevant and full of life. I know they will all benefit from the collaboration with their peers, and I look forward to sharing the results of their hard work with our audiences in the summer of 2016.”

Playwrights Unit alum Nambi E. Kelley brings For Her As a Piano—the play she authored as a 2012 member of the Playwrights Unit—to Pegasus Theatre as its 2015/2016 season opener, directed by IIesa Duncan. Co-produced with the Goodman and Chicago Dramatists,For Her As a Piano follows the story of one woman’s journey to unravel a history she’s never been told. The world premiere production runs September 30 – November 1 at Chicago Dramatists (1105 W. Chicago Ave.). Tickets ($30; subject to change) are on sale now by phone at 866.811.4111 and PegasusTheatreChicago.org.

Kristiana Rae Colón is a poet, playwright, actor, educator, Cave Canem Fellow and executive director of the #LetUsBreathe Collective. Her play Octagon, winner of Arizona Theater Company’s 2014 National Latino Playwriting Award and Polarity Ensemble Theater’s Dionysos Festival of New Work, had its world premiere at the Arcola Theater in London in September 2015. Her work was featured in Victory Gardens Theater’s 2014 Ignition Festival.  In 2013, she toured the UK with her collection of poems promised instruments published by Northwestern University Press. In autumn 2012, she opened her one-woman show Cry Wolf at Teatro Luna in Chicago while her play but i cd only whisperhad its world premiere at the Arcola Theater in London. Colón is a resident playwright at Chicago Dramatists and one half of the brother/sister hip-hop duo April Fools. She appeared on the fifth season of HBO’s “Def Poetry Jam.”

Sandra Delgado is a Colombian American actor, singer, writer and producer born and raised in Chicago. She first appeared on the Goodman stage in Zoot Suit in 2000 and has since appeared in many other Goodman productions including The Upstairs Concierge, Pedro Páramo, El Nogalar, Chicago Boys, Electricidad, Massacre, Mariela in the Desertand A Christmas Carol. Other Chicago stage highlights include The Motherf**ker with the Hat, Sonia Flew (Steppenwolf Theatre Company), El Grito del Bronx (Teatro Vista, Collaboraction, Goodman Theatre), Mojada, Anna in the Tropics (Victory Gardens Company) and Summertime (Lookingglass Theatre Company). Her original work para Carmen premiered at Collaboraction’s Sketchbook Festival and was later seen in the Goodman’s Latino Theatre Festival in 2010. She is an ensemble member of Teatro Vista, where she served as associate artistic director from 2006-2008, and a founding ensemble member of Collaboraction, where she produced the YO SOLO Festival of Latino Solo Shows and the popular Sketchbook Festival from 2005-2008. Delgado is on the National Steering Committee for the Latina/o Theatre Commons. She was a Theatre Communications Group Fox Foundation Resident Actor Fellow in residence at the Goodman Theater where she developed her solo show, para Graciela. She is the recipient of the Joyce Award.

Jenni Lamb is a Chicago-based playwright and former improviser and actor. Her plays include 12th and Clairmount, Candy Store, Memento Polonia, Period Piece (with Lisa Linke), Suicide Kills, Quiver and Thou Proud Dream (with Damon Krometis). Her plays have had readings or productions with The Gift Theatre, American Theatre Company, Stage Left Theatre, Wordsmyth Theatre (Houston), Northwestern University, Route 66 and Chicago Dramatists. Her play Quiver received an honorable mention from The Kilroys List and will be produced as part of the Route 66 season in spring 2016. Lamb is a two-time semi-finalist for the O’Neill Playwrights Conference and has received grants for her writing from the Illinois Arts Council. As an improviser, she has performed on many Chicago stages as well as national comedy festivals in New York, Washington DC and Los Angeles. She is a producing playwright and proud member of Living Room Playmakers, a playwright collective focused on creating theater in unusual spaces and an Artistic Associate at Route 66. Lamb holds an MFA in Writing for the Screen and Stage from Northwestern University.

Calamity West is a Chicago-based award-winning playwright. Her most recent productions include The Peacock (Jackalope Theatre), The Gacy Play (Sideshow Theatre), Common Hatred (The Ruckus), and Ibsen Is Dead! Her play Give It All Back was commissioned by Sideshow Theatre in 2015 and was cited on The Kilroys List the same year. In February 2016 her newest play, Rolling, will receive its world premiere at Jackalope Theatre. West’s short plays have been seen in Chicago at/with: Victory Gardens, The Inconvenience, Chicago Dramatists, Rhinofest, Living Newspaper Festival, Abbie Fest, Chicago Home Theatre Festival, LiveWire, One-Minute Play Festival, The Anatomy Collective, Broken Nose Theatre, Fight Night, First Floor Theater and The Good Night Ladies. She earned her BA in playwriting at Webster University and her MFA in playwriting from California College of the Arts in San Francisco. She was born and raised in Missouri