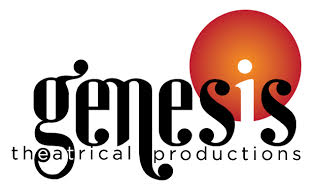 CREATION’S BIRTHDAY brings to life the story of the Big-Bang Genesis through the legendary battle between astronomer Edwin Hubble and the scientific icon Albert Einstein.

Hubble’s name is well known through the sublime views of our Universe from the Hubble Space Telescope (HST), and more recently through the spectacular 3D views of Sandra Bullock repairing the Hubble Space Telescope in the immensely popular movie “Gravity”. But not many are familiar with the story of Hubble the man, nor with his fascinating discoveries in the heavens.

How did a boxing champ, war-hero, Rhodes scholar, and upstart astronomer gang up with a moonshine peddling janitor (Milton Humason) to discover our expanding universe? And how did Hubble and his Jesuit priest ally (Father Georges Lemaitre) use the expanding universe to expose the greatest blunder of the greatest scientist? How could the infallible, scientific genius of the century so bungle his theory to miss the creation of the universe?

The author of the play, Professor Hasan Padamsee hopes to widen the appeal of science by bridging the gap between the sciences and the arts. For the past 15 years he have been teaching a physics/astronomy course to non-science students using his book “Unifying the Universe,” published in 1998 with Francis and Taylor. His research at Cornell for the last 35 years has been to lead the development of superconducting accelerators for the next generation of particle accelerators. John Wiley has published two of his text books on the topic of superconducting accelerators and he was appointed Fellow of the American Physical Society in 1993. Professor Padamsee is an Associate member of the Dramatists Guild of America. He will be available for talk backs at selected performances

Creation’s Birthday, will run in March of 2015 at the Athenaeum Theatre, Studio Two at 2936 N. Southport, Chicago. The show will open on Thursday, March 26 and run to Sunday, April 19, 2015. Performance schedule is Thursday,Friday and Saturday at 7pm and Sunday at 3pm. Tickets are $30 with discounts for seniors, students and groups of 10 or more. For tickets, group sales or discount tickets call Beth at 773-935-6875. For information on parking, transportation and dining around the theater, check out their web page at http://athenaeumtheatre.org/