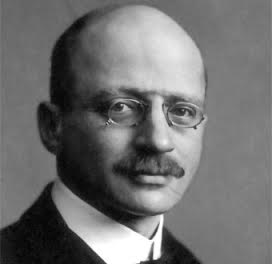 When Genesis Theatrical Productions opens “Einstein’s Gift” on August 4, they will be giving the audience a glimpse into the life of Fritz Haber through the eyes of his contemporary, friend and sometime rival, Albert Einstein.
Haber was one of the greatest scientists in Germany in the early part of the 20th century and his experiments brought life as well as death to the world.
Born a Jew in Breslau in 1868, Haber converted to Lutheranism in order to advance his career and quickly rose in the ranks to become Professor of Physical Chemistry and Electrochemistry at the Karlshruhe Institute of Technology.

In the face of impending starvation throughout the world due to soil depletion, Haber created the Haber-Bosch process of synthesizing artificial fertilizer, a process called one of the most important technological innovations of the 20th century which still sustains the food base of half the world’s population today.

But unlike Einstein who was a pacifist, Haber was fiercely patriotic and willingly aided the army in creating chlorine gas.  Its use at Ypres was the first time chemical warfare was unleashed.  Haber’s wife, Clara, a brilliant chemist in her own right, was so appalled at his “perversion of the ideals of science,” she took her own life.
Awarded the Nobel Prize in 1918 for his nitrogen fixation process, Haber was accused of being a war criminal due to his development and use of chlorine gas.  Refusing to see the growing menace of the Nazis, Haber was eventually ordered to fire all the Jewish scientists working for him.  When he refused, he was forced to flee Germany and eventually settled in Switzerland where he died in 1934.
Haber did not live to see another of his developments, an insecticide called Zyklon, taken by the Nazis and used as the poison gas to kill Jews in the concentration camps.
Performances of “Einstein’s Gift” are August 4-28 at the Athenaeum Theatre, Studio One, 2936 N. Southport, in Chicago’s Lakeview neighborhood.  Performance days and times are Thursday, Friday and Saturday at 7:30pm and Sunday at 3pm.  Tickets are $30 with discounts for students, seniors and groups of 10 or more.  Discounted tickets are also available on Goldstar and Hot Tix.  For tickets call 773-935-6875 or go to www.athenaeumtheatre.org.