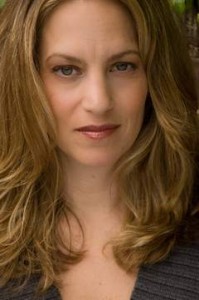 Critically acclaimed director-choreographer Stacey Flaster (Highland Park) and vocal coach Elizabeth Fauntleroy (Lincolnshire) announce the launch of The Performer’s School, Chicagoland’s premier performing arts school in the north shore area.  The school kicks off with audition workshops for 6th-12th graders who have a strong interest in the performing arts. A dance intensive and weeklong summer program are also planned.  All classes and workshops will take place at the Highwood Recreation Center, 432 Green Bay Rd., Highwood, IL.  “We are pleased that the theater space created at the Highwood Recreation Center will provide a home for our classes,” said Fauntleroy.  “Stacey and I have more than 40 years of professional theater experience combined, and our passion is helping students be successful for auditions and on stage.”

The classes are the outgrowth of private coaching and highly successful classes that began in 2012 under the tutelage of Flaster and Fauntleroy.  “Students who have a dream of being successful in theater will gain confidence after learning tools and skills,” said Flaster. “We will provide students with personalized coaching on songs and monologues to optimize their audition experiences. If it helps forge a path into a performing career, so much the better.”

The audition workshops will be held on Feb. 9th, Feb. 23rd, March 16th and April 6th, 2013. The individual sessions will be held from 1 pm to 4 pm (March 16th class is from 10 am to 1 pm).  The cost is $200 for each workshop. Students can sign up for any number of workshops, and there is a discount with registration of two or more classes.  Workshops are designed for 6th grade to 12th grade students with performance experience, either in school, community or professional theater.

The school will offer a five-day audition clinic from June 10th-14th, from 9 am to 4 pm each day. Students will be coached in cold readings, monologues, dance, voice, audition etiquette, acting through song, choosing audition repertory, resume and photo presentation.  The summer clinic costs $650 for the full week.  Space is limited, so early registration is encouraged.

A website for the school is forthcoming.  For enrollment and further information, call (847) 528-9318 or contact by email at Staceydans@aol.com.

ELIZABETH FAUNTLEROY has been teaching voice for over 15 years.  Her students have gone on to appear in productions at Drury Lane Oakbrook, Marriott Lincolnshire Theatre, Lyric Opera of Chicago, Steppenwolf, Light Opera Works and Northlight.  As a performer, Ms. Fauntleroy’s career includes over 30 operas with The Lyric Opera of Chicago and other credits including:  Mame, Evita, Pirates of Penzance, Beauty and the Beast, My Emperor’s New Clothes, Phantom, Kismet, Phantom of the Country Palace, Nutcracker Now and The Sound of Music, all at The Marriott Theatre.  She has also performed extensively with Drury Lane Oakbrook and Chicago Opera Theater.  Elizabeth was the children’s musical director for the 2009 Chicago tour of the The Wizard of Oz, and helped cast the Chicago cast of the acclaimed TV series “The Glee Project.”

THE PERFORMER’S SCHOOL MISSION: To become the North Shore’s premier performance studio for young people, specializing in improving their self-confidence, self-awareness, skills and creativity as they embark on their performing journey.