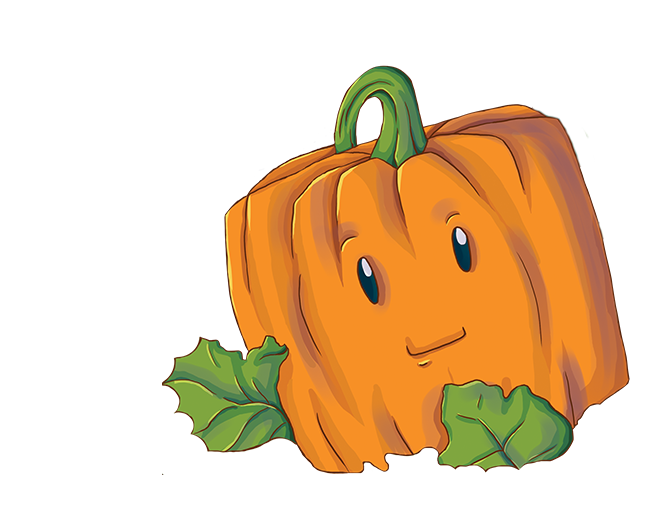 First Stage’s 2015-2016 First Steps series kicks off with the world premiere of SPOOKLEY THE SQUARE PUMPKIN October 10 – November 1, 2015. This fun, interactive performance is designed to introduce children ages 3 – 6 to live theater in an engaging and lively environment. Performances take place at the Milwaukee Youth Arts Center, located at 325 W. Walnut Street, downtown Milwaukee.  Tickets can be purchased through the First Stage box office by phone at (414) 267-2961 or online at www.firststage.org. First Steps performances sell out quickly, so families are encouraged to buy tickets in advance.

Spookley the Square Pumpkin is teased by the other pumpkins because of his odd shape. His new friends – three hilarious spiders named Edgar, Allan and Poe – try to convince Spookley that square or not, he has a right to be the Pick of the Patch on Halloween. “We are so proud at First Stage to be able to adapt SPOOKLEY for the stage to share with our audiences,” said First Stage Company Manager Jeff Schaetzke who directs the play.  “SPOOKLEY is an adorable tale that reminds us that it doesn’t matter what you look like, we are all special and meaningful to each other,” Schaetzke continued. Just in time for Halloween, Spookley – the Official Spokes Pumpkin for National Bullying Prevention Month as recognized by PACER’s National Bullying Prevention Center – teaches us there are times it is better to be square.

A special sensory-friendly performance, designed to serve families with children on the autism spectrum and other sensory, social and cognitive disabilities will take place on Saturday, October 17 at 3:30 p.m. Families can enjoy a welcoming, comfortable environment including lower sound, lights up, and available quiet areas staffed by experienced educators.

Jeff Schaetzke (Director and Music Director) Jeff is the company manager at First Stage. Last season, he directed the hit, BIG NATE: THE MUSICAL, as well as music directing (and sometimes starring in) BIG FISH.  Other favorites at First Stage include: THE BEST CHRISTMAS PAGEANT EVER: BIG, THE MUSICAL; MISS NELSON IS MISSING! and MY SON PINOCCHIO.  Jeff has also directed music for the Milwaukee Rep, Skylight Music Theatre, and Marquette University.  Other credits include Milwaukee Chamber Theatre’s THE DALY NEWS, two seasons at American Players Theatre, and an 18-year relationship at Dominican High School.  Jeff is a proud graduate of North Central College.

Young performer roles are double cast.  Young performers in the Square Cast are Madelyn Ballard (as Spookley) from Milwaukee; Tyler Johnson (as Edgar) and Regan Carter (as Allan) from Waukesha; Ella Tierney (as Poe) from Wauwatosa; Ellie Taft (as Mimi) and Meghan DeRoche (as Lala) from Whitefish Bay;

Young performers in the Round Cast are Georgina Pink (as Spookley) from Milwaukee; Nathan Desing (as Edgar) from Whitefish Bay; Marika Marklin (as Allan) from Wauwatosa; Ella Vitrano (as Poe) from Greendale; Lindsay Gleason (as Mimi) from Oak Creek; and Zoe Francis (as Lala) from Bayside.

Tickets for SPOOKLEY THE SQUARE PUMPKIN are $14.  Tickets may be purchased at www.firststage.org or through the First Stage box office, by phone at (414) 267-2961.

Family Packages – any combination of tickets for three or more plays in our 2015-16 season – are on sale now. Family package prices are available at up to 30% off the cost of regular single ticket prices. Benefits include unlimited ticket exchanges, free family workshops, backstage tours and more.

Halloween Costume Parade – A lively Halloween costume parade will take place immediately following the 11:00 a.m. performance on Saturday, October 31. Audience members of all ages are encouraged to wear a costume to the theater.

About: SPOOKLEY THE SQUARE PUMPKIN

Description:  Spookley the Square Pumpkin is teased by the other pumpkins because of his odd shape. His new friends – three hilarious spiders named Edgar, Allan and Poe – try to convince Spookley that square or not, he has a right to be the Pick of the Patch on Halloween. Spookley isn’t sure he has what it takes until a mighty storm threatens to destroy the entire patch, sending the round pumpkins rolling towards the raging river. Just in time for Halloween, Spookley – the Official Spokes Pumpkin for National Bullying Prevention Month as recognized by PACER’s National Bullying Prevention Center – teaches us there are times it is better to be square.  For everyone ages 3 – 6

About First Stage
Since 1987, First Stage touches hearts, engages minds, and transforms lives by creating extraordinary theater experiences for young people and families through professional theater productions that inspire, enlighten, and entertain; unparalleled Theater Academy training that fosters life skills through stage skills; and dynamic Theater in Education programs that promote active learning in our schools and community.  In 2012, First Stage was selected to participate in the Partners in Education program of the John F. Kennedy Center for the Performing Arts.  First Stage is a member of TYA/USA, the American Alliance for Theatre and Education, the Wisconsin Alliance for Arts Education, Theatre Wisconsin, and Milwaukee Arts Partners, and is a cornerstone member of the United Performing Arts Fund (UPAF).

10+ years and the beginning of a series of stories, movies, songs, and 10+ stage shows about Spookley and his friends from Holiday Hill Farm that educates and entertains children throughout the year.
For more information visit www.holidayhillfarm.com.