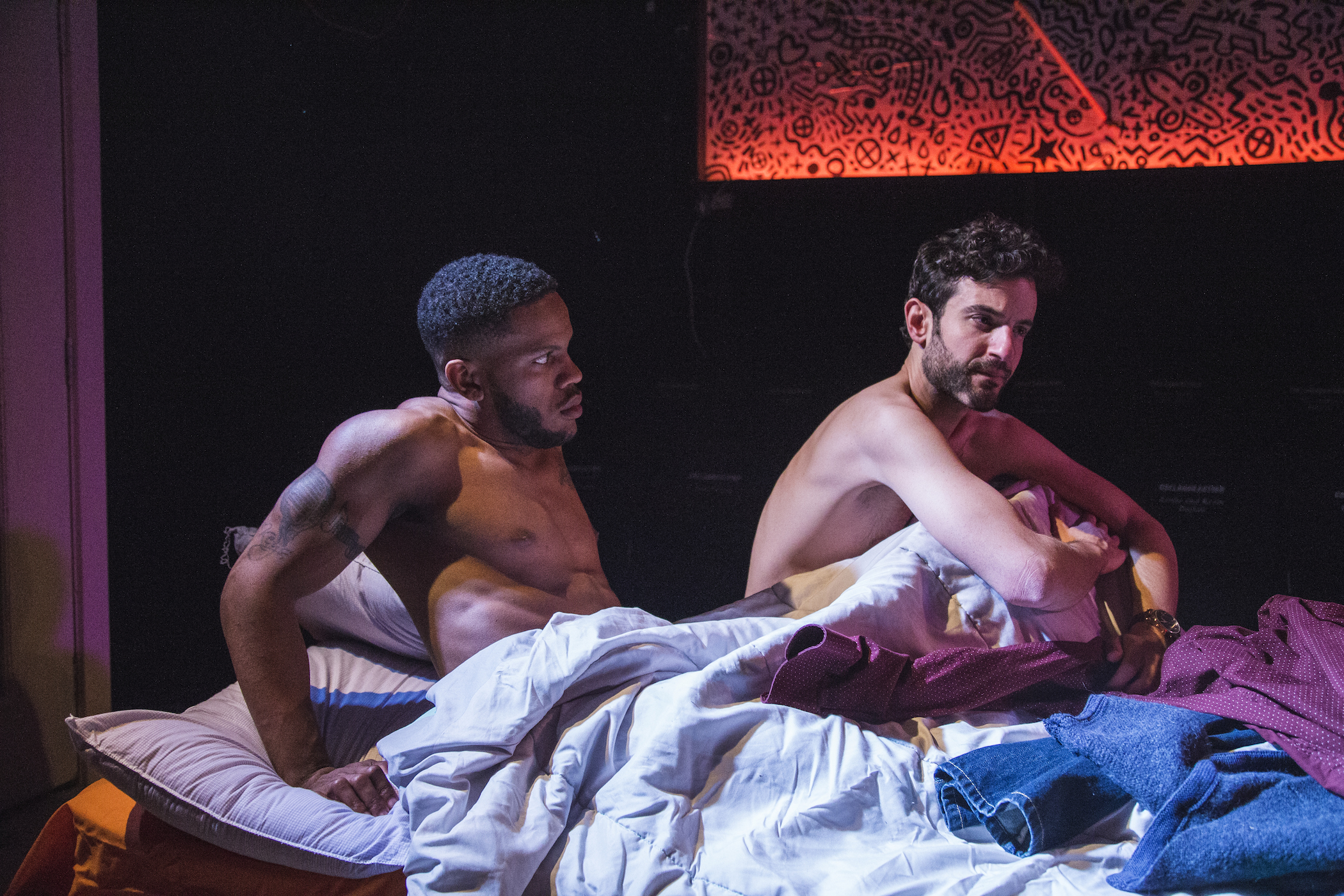 First Floor Theater is also proud to host playwright J. Julian Christopher in Chicago for a series of script workshops around this world premiere production. Christopher will be in town October 8-12.

Chance Stevens is a young gay man who seems to have everything…but wants something more. He dives deep into the city’s seedy underbelly, picks up a drug habit, and begins a relationship with a handsome, HIV-positive baker, while falsely claiming to be positive himself. But as those close to him begin to call his motives into question, Chance is forced to decide what he values when everything’s on the line. New York playwright J. Julian Christopher, winner of the 2009 Public Theater Emerging Playwright award, explores bug-chasing – a complicated and little-discussed subculture within the contemporary queer community – in this sharp, challenging, and haunting new play.

Pimentel says, “I’m excited to bring this important new work to Chicago audiences and start a conversation about a little-known phenomenon that is all too real. So many queer stories focus on the issues of past generations, from coming out to marriage equality, but this play brings us fiercely into the present moment. It explores contemporary queer life without shame or fear of the consequences, and FFT is proud to continue to provide a venue for these vital stories.”

Tickets for ANIMALS COMMIT SUICIDE will be available at http://firstfloortheater.com/.

J. Julian Christopher received an MFA in Acting from The New School for Drama. He was awarded the Public Theater’s Emerging Writers Group Fellowship in 2009. During his time in the Public Theater’s Emerging Writers Group, he developed Man Boobs, which went on to have productions in NYC, Chicago, Montréal, and Melbourne. He was also invited to workshop his play Nico was a Fashion Model, at Labyrinth Theater Company’s 2010 Summer Intensive. Julian’s plays Metro Psalm and Schwarz! (Hansel und Gretel) were selected as finalists in the Off-Off Broadway Samuel French Short Play Festival two years in a row (2009 & 2010). One of his latest works, Animals Commit Suicide was featured in Terranova Collective’s Groundworks Reading Series (2012) and Terranova RX Play Series (2013). His latest play, Locusts Have No King, was featured in Intar’s Bright Untamed Queer Play Festival. Julian was just awarded a 2015 Queens Arts Council grant to produce his new musical ¡Oso Fabuloso & The Bear Backs! (music by Steve Sclafani). Julian is also a co-creator, co-producer, director, and lead actor of the hit web series, Bulk – The Series.

Hutch Pimentel is the Artistic Director at First Floor Theater, where he’s most recently co-curated the third annual literary festival, Kafkapalooza, directed the critically acclaimed Chicago premiere of A. Rey Pamatmat’s Edith Can Shoot Things and Hit Them, and directed 2013’s Polaroid Stories. He has also worked on Twain’s World, Sexual Perversity in Chicago, and GrimmFest. Other directing credits include Back of the Throat and 4.48 Psychosis. He’s previously assistant directed The Pride at About Face, and Bethany at The Gift. He currently works as Chief of Staff at Redmoon Theater. He is a graduate of Kalamazoo College.