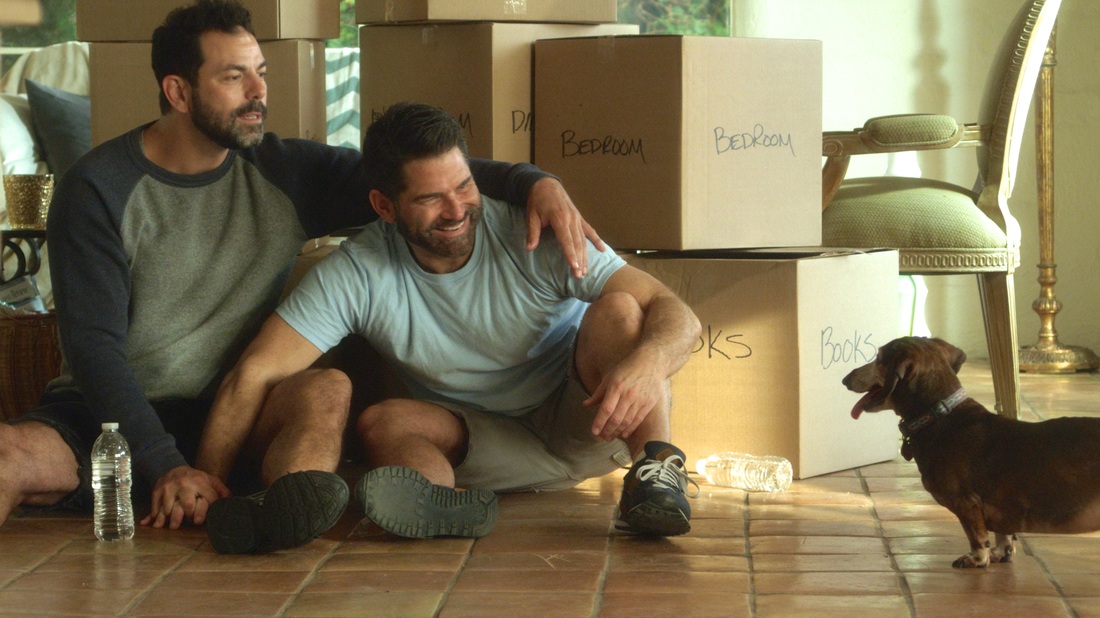 Pride Films and Plays’ Queer Bits AltReels Film Festival will showcase five short films that test the boundaries of traditional filmmaking. The program includes a powerful documentary about the toll of an illness on a long-term relationship, a sexy thriller about a quiet man whose drag queen alter-ego starts to take over his life, a sweet pop musical about heartbreak and hope, a zany comedy about a brother and sister saving their video store, and a tender fairytale about two men that give each other newfound purpose in life.

The screening begins at 7:30PM. The screening will be followed by a brief talkback with the audience and special guest Michael Horvich who appears in Alzheimer’s: A Love Story which is one of the officially selected films for Queer Bits AltReels. The Public House Theater bar will be open beginning at 6:30PM. Please come early and have a drink with us!

Warning: some of the short films contain adult themes and strong language. You are going to love them!

Tickets are $15. Student and Senior tickets are also available for $10. Tickets can be purchased at pridefilmsandplays.com or by calling 1.800.737.0984.

Alzheimer’s: A Love Story follows Greg and Michael as they struggle with a disease that is actively eradicating the memory of a beautiful relationship 40+ years in the making, and the love that has held them together through it all.

A timid, introverted man finds solace and strength in his drag queen alter-ego until she starts to take over his life completely and he must learn how to find his own strength and voice.

Trevor’s life has become a void following the passing of his wife. A chance encounter in the park with a mysterious stranger equally troubled by his own past jarringly reawakens him.

Matt Zarley’s original, (nearly dialogue-free) musical is a universal story about loving, letting go, and holding onto faith that there’s somebody for everybody.

I Hate the Color Red

A comedy about a sister and a brother who struggle to keep their family video store in business as “red boxes” and “red envelopes” threaten its existence.

Pride Films and Plays’ Queer Bits Film Festival is now in its third year and prides itself in providing the best LGBTQ+ short films with their Chicago premieres.

The first screening and incarnation of Queer Bits occurred in November 2012 in Center on Halsted’s Hoover-Leppen Theatre. In November 2013, five short films received their Chicago-premieres in the same venue during Pride Films and Plays’ annual Gay Film Weekend. In June 2014, Pride Films and Plays presented Queer Bits Film Festival, a sold-out 90 minute program of short films and webisodes, which was followed in September 2014 by the Women’s Words Film Festival, a very successful program of short films and webisodes with lesbian characters and themes which were written and/or directed by women. In November of the same year, Queer Bits Fall Film Festival was presented on another sold-out night including foreign language, animated, and student short films and documentaries. Last year, Queer Bits Summer Film Festival was presented and included an array of foreign films from six different countries and was followed by Queer Bits Fall Film Festival II which was expanded into two programs to showcase the breadth of diversity and quality filmmaking submitted to the festival.

Tickets are $10. VIP Tickets are available for $15 and include prime table seating. Tickets can be purchased here:http://www.brownpapertickets.com/event/674062

The mission of Pride Films and Plays is to change lives through the generation of diverse new work (or work that is new to Chicago) with LGBTQ+ characters or themes that is essential viewing for all audiences. We accomplish this mission through fully-staged productions, writing contests and staged readings, film screenings, and special events. We foster long term relationships with artists to create programming that is as diverse, unique, and complex as the community we represent. In 2015, Huffington Post called PFP “A powerful and empowering entity.”

Other special events include Boys in Briefs: At the Beach! on April 26 at Uptown Underground. Queer Bits AltReels is April 25 at Public House Theatre. Nominee Night which celebrates all Chicago theater is May 17 at Sidetrack. A History of Summer at Theatre Wit on June 28 and 29.

Pride Films and Plays is supported by The MacArthur Fund for Arts & Culture at The Richard Driehaus Foundation, The Illinois Arts Council, City of Chicago’s City Arts Fund, the Elliott Fredland Charitable Trust, Proud to Run, and the AmazonSmile Foundation. PFP is a member of the Smart Growth Program of the Chicago Community Trust. Pride Films and Plays is a member of the Chicago Area Gay and Lesbian Chamber of Commerce, The League of Chicago Theaters, and the Central Lakeview Merchants Association.