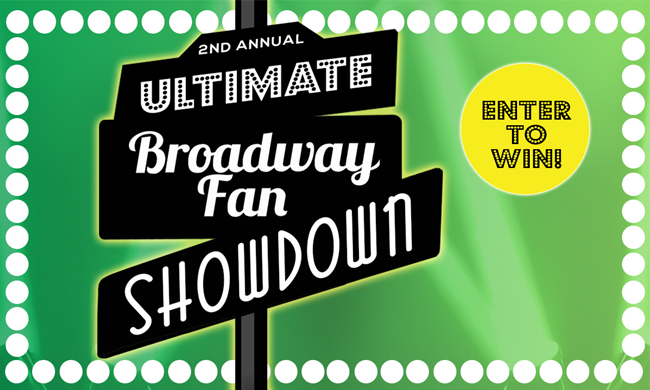 NewYork.com has kicked off their annual Ultimate Broadway Fan Showdown and is challenging contestants to submit a 30-second video that demonstrates their passion for Broadway for a chance to win the ultimate Broadway weekend in NYC for two, including:

Ten runners’ up will also receive two tickets each to see ‘On The Town’. The contest is open through Friday, May 8 at 5pm EST.

Criteria: In 30 seconds or less, contestants must capture their passion for Broadway and upload the video to Instagram® or Twitter® and include the hashtag #30secondsofbroadway. It could be a mashup of their favorite songs, a retelling of their favorite Broadway scene in 30 seconds – the sky is the limit in terms of creativity! Once the video is uploaded to a social network, participants will submit their video with the link on the submission page on NewYork.com.

Voting takes place from May 12-22 and the winner with the most votes will be announced on Tuesday, May 26. View the gallery of the video submissions.