EMMY AND OBIE AWARD-WINNING ACTOR AND ORIGINAL ENSEMBLE MEMBER LAURIE METCALF TO BE HONORED AT STEPPENWOLF SALUTES WOMEN IN THE ARTS FUNDRAISER MARCH 9, 2015 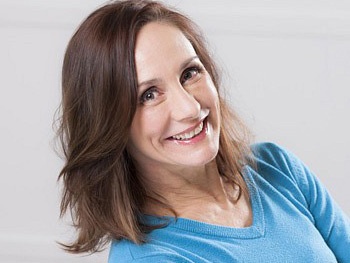 Steppenwolf Theatre Company proudly announces award-winning star of stage and screen Laurie Metcalf as the guest of honor at the 2014/15 annual Steppenwolf Salutes Women in the Arts fundraising luncheon on Monday, March 9, 2015 at 12 noon (location TBD). Widely celebrated for her role as Jackie Harris on the long running hit sitcom, Roseanne, as well as recent featured roles inDesperate Housewives and The Big Bang Theory, Ms. Metcalf’s remarkable career has spanned theater, film and television. Winner of three Emmy Awards and two Obie Awards, Ms. Metcalf was one of Steppenwolf’s original ensemble members alongside fellow college classmates Jeff Perry, Terry Kinney, Joan Allen, John Malkovich and others. Her career-making turn as Darlene in Steppenwolf’s 1984 revival of Lanford Wilson’sBalm in Gilead catapulted Metcalf into the national spotlight. She has received Tony nominations for her work in David Mamet’s November and Sharr White’s The Other Place. Recently she starred in the Domesticatedwith Jeff Goldblum at Lincoln Center Theater. Ms. Metcalf’s dynamic career continues at full speed with major roles in three current TV series: the HBO series Getting On, CBS’s The McCarthys and The Big Bang Theory.

The sixth annual luncheon brings together nearly 300 leaders from Chicago’s business and civic communities to honor Ms. Metcalf for her incredible contribution to the field. The event raises funds for Steppenwolf’s professional development programs, including Steppenwolf for Young Adults, the nationally recognized education program, the School at Steppenwolf, as well as the Professional Leadership Programs, providing apprenticeships, fellowships and internships for the next generation of arts managers and producers.

Table sponsorships for Women in the Arts are currently available. Individual tickets, if available, start at $200 and will go on sale January 9, 2015. To purchase tickets or learn about table sponsorship opportunities, contact Steppenwolf’s Special Events Department at 312-654-5632 or specialevents@steppenwolf.org.

BMO Harris Bank is a lead sponsor of the 2014/15 Women in the Arts luncheon. United Airlines is the Official and Exclusive Airline Partner of Steppenwolf Theatre Company.

Laurie Metcalf is an award-winning actress with an extraordinary career in theater, television and film that began with her work at Steppenwolf Theatre Company.

Since joining the original Steppenwolf Theatre Company ensemble in 1976, Metcalf has performed in more than 35 productions with the company. Her show-stopping performance in Steppenwolf’s 1981 revival of Lanford Wilson’s Balm in Gilead gained her widespread praise. The production was remounted in New York and she received the 1984 Obie Award for Best Actress and a 1984 Theatre World Award. The New York Times hailed her performance as a “tour de force” saying, “Laurie Metcalf, whose 20-minute Act II monologue in Balm in Gilead should in itself prove one of the year’s most memorable theatrical events.”

Additional highlights of Metcalf’s stage career have included David Mamet’s November, for which she received a Tony Award nomination; Justin Tanner’s Voice Lessons; Sharr White’s The Other Place, earning her a second Tony nomination; and All My Sons alongside Neil Patrick Harris at the Geffen Playhouse. In 2010, Metcalf returned to Steppenwolf to star in the world premiere production of Lisa D’Amour’s critically acclaimedDetroit. In 2012, she joined David Suchet in Eugene O’Neill’s Long Day’s Journey into Night at the Apollo Theater in London.  Most recently, Metcalf starred with Jeff Goldblum in Domesticated by fellow Steppenwolf ensemble member Bruce Norris at Lincoln Center.

Metcalf has gained wide-spread fame for her role as Jackie Harris in the hit series Roseanne, which ran from 1988 to 1997.  Her performance garnered her three consecutive Emmy Awards and two Golden Globe nominations. She received an Emmy and Satellite Award nomination for her reoccurring role in the popular TV series, Desperate Housewives. Additional memorable guest appearances include Absolutely Fabulous,Malcolm in the Middle, Dharma & Greg, The Norm Show, Frasier in which she played the character Nanny G, The Big Bang Theory, Without a Trace, 3rd Rock from the Sun, Grey’s Anatomy and Monk; she was nominated for the Emmy Award as Outstanding Guest Actress In A Comedy Series for both of the latter two listed roles. Currently, she can be seen in her reoccurring role on The Big Bang Theory and in leading roles in the new CBS comedy The McCarthys and HBO’s Getting On.

Steppenwolf Theatre Company is America’s longest standing, most distinguished ensemble theater, producing nearly 700 performances and events annually in its three Chicago theater spaces—the 515-seatDownstairs Theatre, the 299-seat Upstairs Theatre and the 80-seat Garage Theatre. Formed in 1976 by a collective of actors, Steppenwolf has grown into an ensemble of 44 actors, writers and directors. Artistic programming at Steppenwolf includes a five-play Subscription Season, a two-play Steppenwolf for Young Adults season and two repertory series: First Look Repertory of New Work, and Garage Rep. While firmly grounded in the Chicago community, nearly 40 original Steppenwolf productions have enjoyed success both nationally and internationally, including Off-Broadway, Broadway, London, Sydney, Galway and Dublin. Steppenwolf has the distinction of being the only theater to receive the National Medal of Arts, in addition to numerous other prestigious honors including an Illinois Arts Legend Award and 12 Tony Awards. Martha Lavey is the Artistic Director and David Hawkanson is the Executive Director. Nora Daley is Chair of Steppenwolf’s Board of Trustees. For additional information, visit steppenwolf.org, facebook.com/steppenwolftheatreand twitter.com/steppenwolfthtr.