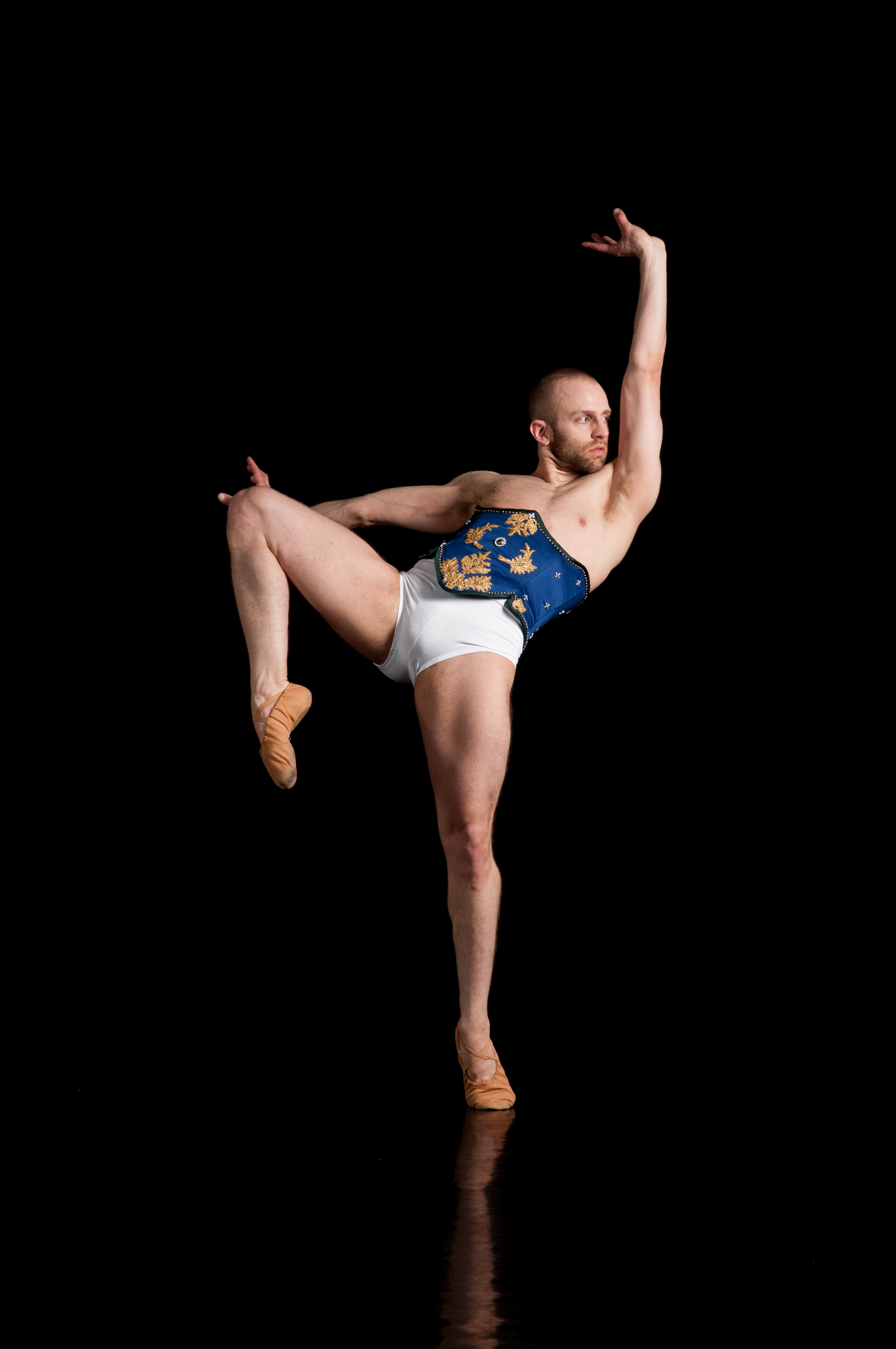 Elements Contemporary Ballet will premiere a new ballet work, The Sun King, on the beautiful Jay Pritzker Pavilion stage in Chicago’s Millennium Park on November 13-15, 2014 as part of SpinOff 2014.  The second annual SpinOff presented by the Chicago Department of Cultural Affairs and Special Events is a month long performance series that celebrates contemporary dance and Midwest-based choreographers and companies. The Sun King will be FREE to audiences.  The Sun King photo credit: Topher Alexander.

The Sun King is based on the life of French monarch Louis XIV, and focuses on Louis’ intense relationship with his official court composer, Jean-Baptiste Lully, the founder of French Opera and arguably the most powerful musician in Absolutist France. Conceived by Elements Contemporary Ballet founder and artistic director Mike Gosney, Elements co-founder and resident choreographer Joseph Caruana, and Baroque Band leader Garry Clarke, with choreography by Caruana, the one act contemporary ballet will be danced to baroque music, including compositions by Lully. The music will be performed live by Chicago’s only period instrument orchestra, Baroque Band.

The Sun King fuses baroque music, gestures, and theatrical elements with contemporary ballet choreography. It also includes original poetry composed for the piece by poet and dramaturg Cynthia Bond. In addition, sumptuous baroque-inspired costumes were designed especially for the ballet by Meriem Bahri (whose past credits include the Boston Early Music Festival and Opéra de Nice). The development of The Sun King was funded in part by the Richard H. Driehaus foundation and a grant from the Illinois Arts Council.

Two years in the making, The Sun King is the result of Caruana’s extensive study of the life and music of Lully. He studied the baroque dance of Lully’s era, participating in the Santa Barbara Historical Dance Workshop in California, under the tutelage of world-renowned baroque dance expert Catherine Turocy.  He also studied the period performances of New York Baroque Dance Company, and workshopped The Sun King at DCASE’s 2012 DanceBridge program.

Caruana brings the life of Lully and Louis to the stage with an interesting gender twist: he has cast Elements Contemporary Ballet dancer Tiffany McCord as Lully. “Since women weren’t allowed to perform lead roles in the baroque period, it’s a kind of justice that the show’s lead goes to a woman in contemporary times,” remarks choreographer Caruana. “Louis himself danced female roles in operas, so why shouldn’t a female dance the male lead in this contemporary ballet?”  The gender-bending aspects of the ballet also are meant to reflect Lully’s sexuality, Caruana says: “Lully married and had children, but also loved men. His same sex relationships ultimately may have cost him his closeness with Louis XIV, who distanced himself from Lully at a time when ‘sodomy’ was illegal, punishable by hanging, or worse.”  Elements Contemporary Ballet has a history of undertaking groundbreaking and ambitious projects, for example in its recent collaboration with Aerial Dance Chicago, Silk and Steel, in which ballet dancers take to the air in maneuvers more the provenance of acrobats than dancers.

In addition to the Pritzker Pavilion premiere, a mini-performance of The Sun King will be presented on November 21-22 at Juicebox – a Department of Cultural Affairs and Special Events program for families at the Chicago Cultural Center and Garfield Park Conservatory that brings high-end art to preschool children.