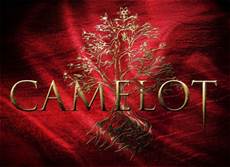 Adapted from T.H. White’s novel The Once and Future King, the legendary characters King Arthur, Queen Guenevere, Sir Lancelot and Merlyn come alive in this thrilling story of love and intrigue, chivalry and betrayal. According to Souza, “The legend of King Arthur inspires a dream of strength giving way to justice and highlights the aching passions that both inspire idealism yet falter in their thrust towards glory.”

CAMELOT originally opened on Broadway in 1960 starring Julie Andrews and Richard Burton and spawned several revivals and an Academy Award-winning 1967 film version.CAMELOT won four 1961 Tony Awards and the 1961 original cast recording was number one on the Billboard Pop Albums chart for 60 weeks. The lush, romantic score includes “If Ever I Would Leave You,” “Camelot,” “How to Handle a Woman,” and “I Wonder What the King is Doing Tonight.”