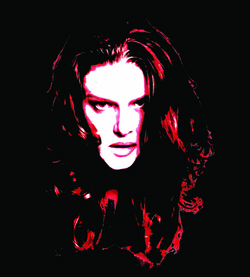 Dream Theatre Company presents Jeremy Menekseoglu’s Medea, its first mainstage production in its new Lincoln Square location. This visceral reimagining of the classic Greek tragedy focuses on the psychological damage to Medea’s children, and the implosion of her unhealthy marriage to the hero Jason.

On the eve of his wedding to his new bride, Jason visits the beachside shack made out of the rotting Argo where Medea and her neglected twin boys bide their time. Jason demands that Medea take a payoff to leave Corinth so he can safely marry its virgin princess, Glauce. But neither of them wants to take the children, whom Medea blames for the loss of her husband and her past identity as a powerful, desirable woman.

Glauce bravely offers her own, gentler peace to the feared and isolated Medea, and in so doing gives Medea the opportunity to reclaim her past glory and win back Jason’s heart. Medea’s magic was powerful enough to slay a Titan, but it may not be powerful enough to save her marriage – and it comes at a terrible, bloody price.

Tickets are $20 and can be purchased at dreamtheatrecompany.com. To pay at the door, make reservations by texting 773-552-8616or by emailing annainthedarkness@gmail.com.