Based on the classic novel that helped to establish Wharton as the first great American woman novelist, “House of Mirth” vividly depicts Lily Bart’s flamboyant progress through the glorious whirl of New York’s high society, circa 1905, and her tragic fall. The Guardian calls the novel “mercilessly frank in its description of 19th-century New York society,” and notes “its depiction of social mores and their influence gives it universal resonance.”

Edith Wharton (1862-1937) was a Pulitzer Prize-winning American novelist, short story writer and designer. She was nominated for the Nobel Prize in Literature in 1927, 1928 and 1930. Wharton combined her inside view of America’s privileged class with wit to write humorous, incisive novels and short stories of social and psychological insight. 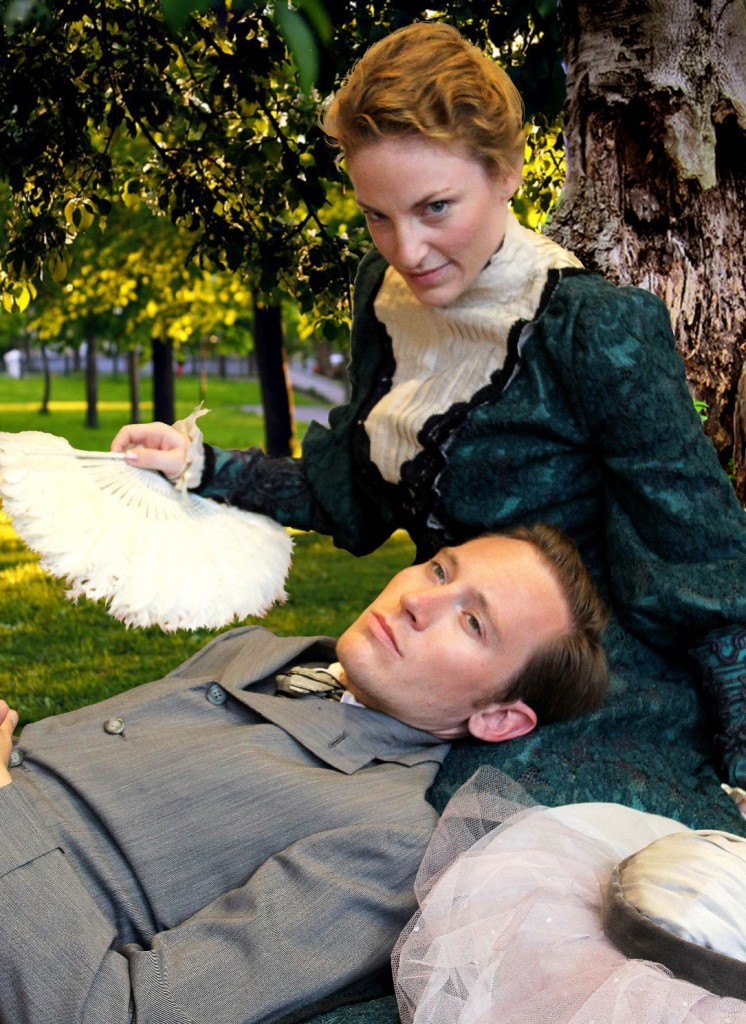 Director McGrath (Associate Member, SDC) and holds a BS in Drama from Northwestern University and certificate degrees from the American Musical and Dramatic Academy and British American Dramatic Academy.  She is a Collective Member of the Dead Writer’s Theatre Collective, an Artistic Associate with Open Door Repertory Company, and the

Resident Director for Proud Kate Theatre Project. McGrath also assesses scripts for a number of theater companies, including the National Playwrights Conference at the Eugene

O’Neill Theatre Center, Steppenwolf Theatre Company, New Georges, Polarity Ensemble Theatre, Proud Kate and Stage Left, and has taken a number of them on to further stages of development.

Dawn Keeler’s stage adaptation of Edith Wharton’s the “House of Mirth,” commissioned in 1995 by the Cambridge Theatre Company, and published in the U.S. by Samuel French, was Keeler’s first work for the theater. She has since adapted Edith Wharton’s “Roman Fever” and Henry James “Daisy Miller” by Henry James. After an early career as a ballet dancer, she became an actress. Since 1994, she has been a director of the London Actors Centre, and has recently become a Trustee of the British actors Benevolent Fund.

Dead Writers Theatre Collective seeks to transport audiences into the original world of the play through extensively studied period appropriate settings, props and costumes.  This strict attention to detail and high level of aesthetics is a hallmark of the Collective.

The Collective, under the leadership of Artistic Director Jim Schneider and Managing Director Bob Douglas, is a Chicago-based 501 (c ) 3 non-profit arts collective comprised of directors, designers, actors and playwrights and educators with a mission is to produceworks either by or about dead writers. Past productions have included Jane Austen’s “Emma,” Noel Coward’s “The Vortex,” Brenda Kilianski’s “Loos Ends: A Hollywood Memoir,” Adam Pasen “Tea with Eddie and Fitz,” (winner of the Broadway World Award for Best New Play of 2013) and Oscar Wilde’s “Lady Windermere’s Fan.”