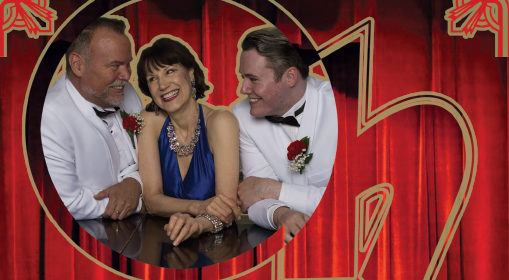 Dead Writers Theatre Collective who began the 2016 season with a highly praised production of The Importance of Being Earnest, opens the second offering of the musical revue, Oh, Coward!, on August 26 at The Athenaeum Theatre. “Our ‘Mad about the Boy’ theme actually comes from one of the songs in this revue,” states Collective Artistic Director Jim Schneider. “We’re celebrating love, all kinds of love, and this cabaret style production of Noel Coward’s sophisticated work is the perfect second course. We will close our season this fall taking dramatic look at tragic love with The Heiress.”

Originally devised by Roderick Cook, Oh, Coward! is a cabaret approach that features two men and a woman covering Coward’s favorite songs and most famous topics. “The best way to go back in time to meet Coward is in a cabaret setting,” states Schneider. “He toured around the world to entertain British troops during World War II and later wrote several successful revues. His 1955 Las Vegas cabaret act was so successful that CBS engaged him to write three 90-minute television specials. To several generations, Noel Coward was the very personification of wit, glamour, and elegance. There seemed to be nothing he couldn’t do.”

When you enter the 80-seat second floor theatre at The Athenaeum, you’ll be carried back to an Art Deco cabaret.  “The small stage, cabaret setting is perfect,” states musical director Gerald H. Bailey. “It offers the intimacy that allows us to present the subtleties of this wonderful score.” 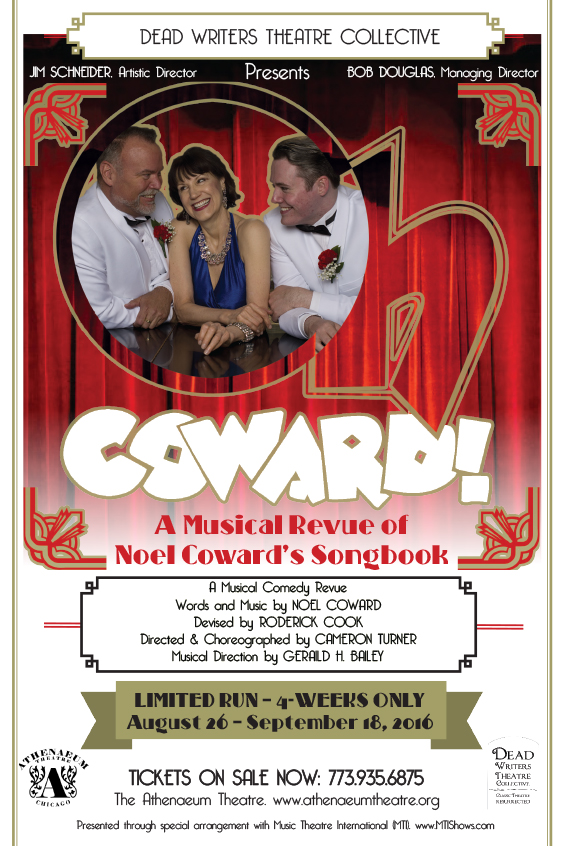 Collective member Joanna Riopelle will be onstage along with DWTC newcomers Michael Pacas and Ian Rigg. “This show is a fabulous opportunity to enjoy a true back-in-time cabaret experience in a theatre setting,” notes Riopelle. “I’ve sung at the city’s most well-loved cabarets and everything in this show from the material to the staging brings it all together. I keep thinking that Noel Coward will somehow magically appear at rehearsals.”

OH, COWARD! like all DWTC productions will be considered for Jeff Awards recommendations. It will be staged at The Athenaeum Theatre, 2936 N. Southport, August 26 – September 18. Shows will be on Thursday–Saturday at 7:30pm, with special Wednesday evening performances August 31,September 7 and 14, There will also be Sunday Matinees at 2:30pm. Single ticket price for all shows is $40 at the Box Office — 773-935-6860.

Dead Writers Theatre Collective is dedicated to producing works either by or about dead writers.  The Company is the only group of directors, designers, actors, playwrights and educators focusing solely on the writer’s original voice rather than imposing contemporary interpretations of his/her work. The goal is to provide audiences a chance to understand the original work through its own uniquely beautiful aesthetics and intimacy. For more information, visit www.deadwriters.net