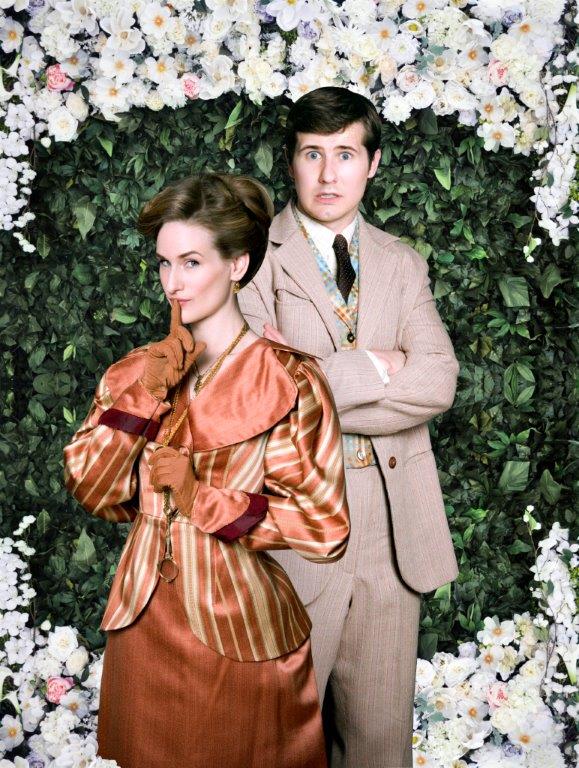 Dead Writers Theatre Collective opens its 2016 season with a clear look back at the Oscar Wilde classic, The Importance of Being Earnest. It opensJuly 1 at The Athenaeum Theatre. “It’s the perfect choice to launch our ‘Mad About The Boy’ theme,” states Collective Artistic Director Jim Schneider. “We’re celebrating the good and bad side of love – all kinds of love. Our other two shows include a cabaret style production of Noel Coward’s sophisticated work in Oh, Coward! and a dramatic look at tragic love with The Heiress. All three shows will be considered for a Jeff Award Recommendation.”

The Collective’s new production of The Importance of Being Earnest brings out the classic double message of the original 1895 Wilde show. “Earnest was a secret code word known among the gay crowd for homosexual while Bunburying was a double pun for gay sex,” states Schneider. “This play was Wilde’s gay ‘Valentine’ as well as a comedy about the aristocracy whose hypocrisy he despised.”

To showcase this concept, the staging itself is a series of enormous Victorian pop-up Valentines. “Like the 1895 original, we’re staging a classic concoction of whipped cream and razor blades,” states Collective Artistic Director Jim Schneider. “We’re juxtaposing the double message of the love story — complete with dramatic costumes that are a little over-the-top as they were in Wilde’s original production.”

Oh, Coward!, this year’s second Dead Writers Theatre Collective presentation, will be onstage August 26–September 18. This sumptuous two-act musical revue is a celebration of the art and times of Noel Coward. Originally devised by Roderick Cook, it features two men and one woman in formal dress, performing songs on the topics of England, travel, theatre, love and women.  There are also sketches such as “London Pastoral” and “Family Album” as well as excerpts from several of Coward’s plays.

The Dead Writers Theatre Collective chose The Heiress, a piece that has not been performed in Chicago for more than 30 years, as their final show for the season. ABroadway hit in 1947, this play earned Basil Rathbone a Best Actor Tony nomination. It also won a Tony for Mary Percy Schenck’s costume design. It was revived four times on Broadway but is perhaps best known for the 1949 Academy Award and Golden Globe winning film directed by William Wyler and starring Olivia de Havilland, Montgomery Cliff and Ralph Richardson.

Directed by Artistic Director Jim Schneider, The Heiress will be staged to bring you back to what life was like in the 1850’s. This production tells the tale of a young naive woman who falls in love with a handsome young man, despite the objections of her emotionally abusive father who suspects the man of being a fortune hunter. The cast includes Noah Sullivan, Melanie Vitaterna, Megan DeLay, Bev Coscarelli, Dori Erwin Collins, Mary-Margaret Roberts and Sean Magill.  The play will be at the Athenaeum Theatre September 29 – October 23rd.

This year all three Dead Writers Theatre Collective productions will be considered for Jeff Awards recommendations. They will be staged at The Athenaenum Theatre, 2936 N. Southport, Thursday–Saturday at 7:30pm with a Sunday Matinee at 2:30pm. Single ticket price for all shows is $40 at the Box Office — 773-935-6860.

Dead Writers Theatre Collective is dedicated to producing works either by or about dead writers.  They are the only group of directors, designers, actors, playwrights and educators who focus solely on the writer’s original voice rather than imposing contemporary interpretations of his/her work. Their goal is to provide audiences a chance to understand the original work through its own uniquely beautiful aesthetics. For more information, visit www.deadwriters.net. 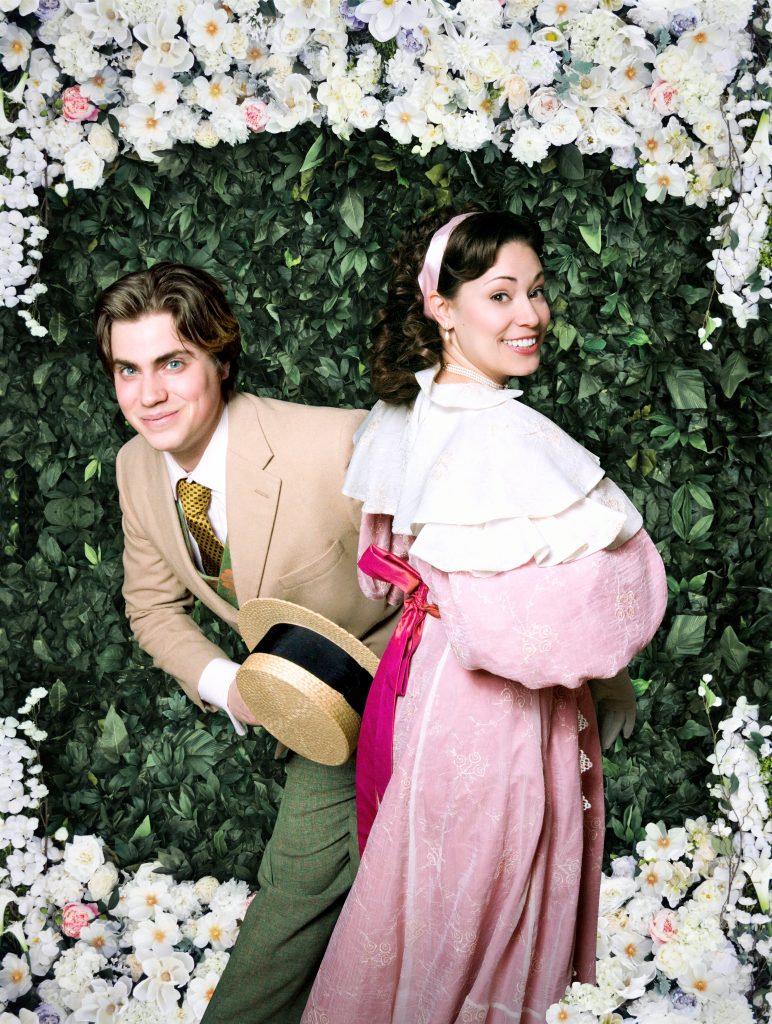 Sean Magill and Maeghan Looney play John Worthing and Gwendolyn Fairfax in the Dead Writers Theatre Collective production of The Importance of Being Earnest, opening July 1 at the Athenaeum Theatre, 2936 N. Southport. Photo by Emma Meyer.