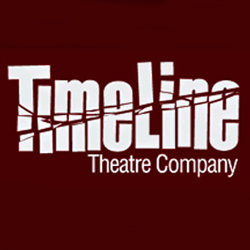 TimeLine Theatre Company announces actor and director David Cromer will star in a revival of the groundbreaking drama THE NORMAL HEART by Larry Kramer, directed by TimeLine Associate Artistic Director Nick Bowling, projected to open in October 2013. This TimeLine Theatre production—the first Chicago staging of the play since its Tony Award-winning Broadway premiere in 2011—will be presented in a limited run at Stage 773, 1225 W. Belmont in Chicago. The performance schedule, along with additional productions in TimeLine’s 2013-14 season, are still to be announced.

Set between 1981 and 1984, The Normal Heart is a searing drama about public and private indifference to the AIDS plague and one man’s lonely fight to awaken the world to the crisis. Produced to acclaim in New York, London and Los Angeles, The Normal Heart follows Ned Weeks, a gay activist enraged at the unresponsiveness of public officials and the gay community. While trying to save the world from itself, he confronts the personal toll of AIDS when his lover dies of the disease.

The Normal Heart was originally produced Off-Broadway at New York’s Public Theater in 1985. It premiered in Chicago at the Next Theatre in 1987 starring Scott McPherson, receiving that year’s Equity Jeff Award for Outstanding Production. In 2011 it premiered on Broadway to remarkable acclaim, receiving the Tony Award for Best Revival of a Play, as well as Drama Desk, Drama League and Outer Critic’s Circle awards. “Like the best social playwrights, Kramer produces a cross fire of life and death energies that illuminate the many issues and create a fierce and moving human drama,” Newsweek wrote about the Broadway production, and AM New York called it “a powerful example of theater at its most direct, passionate and urgent.”

“Larry Kramer crafted one of the 20th Century’s great pieces of political theatre—a beautiful, stirring and eloquent provocation—and TimeLine is honored to present this revival under the direction of my inspiring colleague Nick Bowling,” said TimeLine Artistic Director PJ Powers. “We also can’t wait to welcome David Cromer back to the Chicago stage for the first time in five years in his TimeLine debut, to bring his deeply honest sensibility to the central role of Ned Weeks. We hope the mix of Kramer, Bowling, Cromer and TimeLine will get people talking about all that this extraordinary play is about.”

“Looking at The Normal Heart today, I see it as a play about the AIDS epidemic, but am struck by how it is also about the journey of homosexuals in America,” said Nick Bowling. “Larry Kramer brutally exposes both America’s fear of gays and the gay community’s inability to pull itself together. It took the catastrophe of the AIDS epidemic to unite that community behind a purpose and make the world begin to deal with us as normal human beings. In some horrible way, AIDS made way for the progress of the modern LGBTQ community.”

“It’s jarring to remember the terror and the helplessness and the feeling that talking about it was somehow more distasteful than watching dozens and then hundreds of people die horribly and with not very much dignity,” said David Cromer. “This play is about the courage necessary to risk being disliked.”

Larry Kramer (Playwright) is an American playwright and LGBT-rights activist. He is a founder of Gay Men’s Health Crisis, an AIDS service organization, and ACT UP, a direct action AIDS advocacy group. His most acclaimed plays include The Normal Heart (1985) and the Pulitzer Prize finalist The Destiny of Me (1992). His screenplay for Women in Love was nominated for an Academy Award in 1969. He is the author of the novel Faggots (1978), a confrontational portrayal of gay culture, and a critical essay about the AIDS crisis, “1,112 and Counting” (1983). Kramer has also written the plays Sissie’s Scrapbook, A Minor Dark Age and Just Say No, A Play about Farce. His other books are The Tragedy of Today’s Gays and Reports From the Holocaust: The Story of an AIDS Activist. He earned his B.A. in English from Yale University. The Normal Heart is slated to be filmed by director Ryan Murphy, starring Mark Ruffalo and Julia Roberts, to premiere on HBO in 2014.

Nick Bowling (Director) was the founding Artistic Director and is now Associate Artistic Director and a Company Member of TimeLine Theatre. He is the recipient of an Equity Jeff Award for Outstanding Direction (The History Boys at TimeLine) and four Non-Equity Jeff Awards for Outstanding Direction (Fiorello!, This Happy Breedand The Crucible at TimeLine, Another Part of the Forest at Eclipse Theatre) and also received Jeff Award nominations for The Farnsworth Invention, Hauptmann and The Lion in Winter at TimeLine and for Closer Than Ever at Porchlight Music Theatre. Recent credits at TimeLine include 33 Variations, My Kind of Town, A Walk in the Woods and The Front Page. Other Chicago credits include Porchlight Music Theatre’s A Catered Affair, Writers’ Theatre’s Bach at Leipzig, Shattered Globe Theatre’s Time of the Cuckoo and Frozen Assets, Rivendell Theatre’s Factory Girls and Buffalo Theatre Ensemble’s Angels in America, among others.

David Cromer (Ned Weeks) most recently appeared as the Stage Manager in his production of Our Town at the Huntington Theatre in Boston, a role he also played at the Barrow Street Theatre in New York and in the production’s original run with The Hypocrites. Chicago acting credits include Oppie in The Love Song of J. Robert Oppenheimer at Next Theatre, Edmund in Long Day’s Journey Into Night at the Goodman Theatre and at Irish Rep, Alex in Serenading Louie and the Elf in The Santaland Diaries at Roadworks, Allen Ginsberg in The Beats at Writers Theatre, and Louis in Angels in America Parts 1 & 2 for The Journeymen. As a director, his New York directing credits include Tribes, Our Town and Orson’s Shadow (Barrow Street Theatre), Adding Machine (Minetta Lane Theatre), When the Rain Stops Falling(Lincoln Center Theater) and House of Blue Leaves and Brighton Beach Memoirs(Broadway). Chicago directing credits include Sweet Bird of Youth (Goodman); Rent(American Theatre Company), Cherrywood, Mojo and The Hot L Baltimore (Mary-Arrchie); A Streetcar Named Desire, Picnic, The Price and Oscar Remembered(Writers’ Theatre); and Angels in America Parts 1 & 2 (The Journeymen). For his work as a director he has received four Jeff Awards (Angels in America, The Price, The Cider House Rules and Our Town); three Lucille Lortel Awards (Adding Machine, Our Town and When the Rain Stop Falling), and two Obie Awards (Adding Machine and Our Town). In 2010 he was named a MacArthur Foundation Fellow. Upcoming New York directing projects include Really Really at MCC Theater and Nikolai and the Others at Lincoln Center Theater.

TimeLine Theatre Company, named one of the nation’s top 10 emerging professional theatres (American Theatre Wing, founder of the Tony Awards®), Best Theatre in Chicago (Chicago magazine, 2011) and the nation’s theater “Company of the Year” (The Wall Street Journal, 2010), was founded in April 1997 with a mission to present stories inspired by history that connect with today’s social and political issues. Over its first 15 seasons, TimeLine has presented 54 productions, including nine world premieres and 18 Chicago premieres; launched the Living History Education Program, bringing the company’s mission to life for students in Chicago Public Schools; and completed each season operating in the black. Recipient of the Alford-Axelson Award for Nonprofit Managerial Excellence and the Richard Goodman Strategic Planning Award from the Association for Strategic Planning, TimeLine has received 47 Jeff Awards, including an award for Outstanding Production nine times.