Dandelion Theatre is proud to present the Midwest premiere of Lucas Kavner’s Fish Eye, directed by Bec Willett, September 29 – October 16at The Frontier, 1106 W. Thorndale Ave. A preview will be held on Thursday, Sept. 29 and Opening Night and reception is Friday, Sept. 30 at 7:30 pm.
At a bar across from a falafel place, Max and Anna meet again, or is it for the first time? A funny and emotionally raw portrait of a couple struggling to hold on to one another without losing themselves, Fish Eye explodes the traditional chronology of romance and offers a modern take on the exhilaration of love – when nothing means everything and everything means nothing – and the entire world can shrink down to a single moment. “The piece succeeds as [a] scrupulous character study and ravishing, hyper-realistic portrait.” (TimeOut NY, 4 STARS, Critic’s Pick)

“Fish Eye is a play about the messy, in-between place of the twenty something experience,” said Director Bec Willett. “In contemporary society, there’s this period after college where we’re suddenly thrust into the world and told it’s time to be an ‘adult’ without a real idea of what that means. Is it more adult to invest in stability or to follow your dreams? If there are so many ways to communicate, why is it still a struggle to connect?” Through insightful dialogue and keenly observed behavior, Fish Eye delivers a modern romance with a millennial twist. 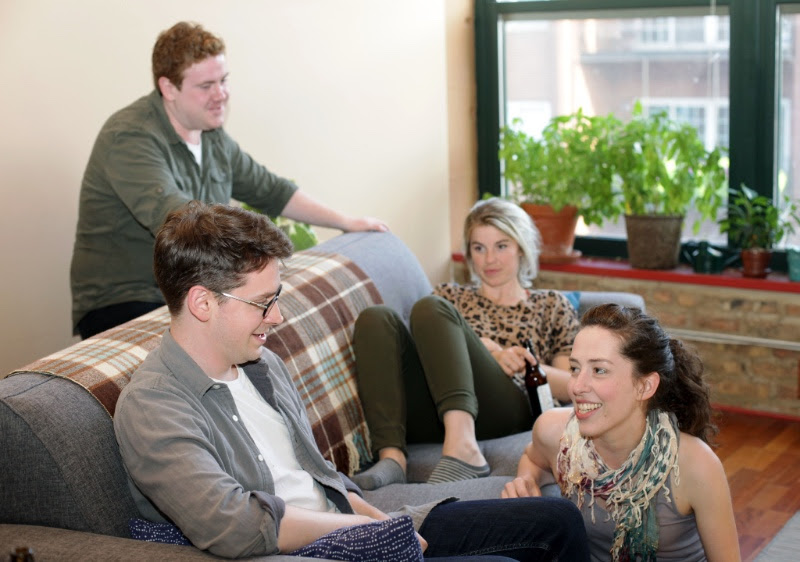 Dandelion Theatre, founded in 2014 by Katherine Lamb, is committed to creating experiences that inspire and vitalize artists and audience members alike. They seek to attain this by cultivating community, fostering the artistic process, and valuing truthful discourse.

About Playwright Lucas Kavner
Lucas Kavner is a writer and performer from Plano, Texas. Fish Eye premiered Off-Broadway at HERE Arts Center in June 2011, presented by Colt Coeur. It was named as a TimeOut NY Critic’s Pick and was included in New York Magazine’s Best Theatre of the Year. In 2014, Kavner received a commission from the Alfred P. Sloan Foundation and Ensemble Studio Theatre to write The Gum Play, about the invention of chewing gum. Other plays by Kavner includeCarnival Kids (NY Times Critics Pick, recently optioned for a film),Clickshare and Barnes & Noble: Frisco, Texas (Ars Nova).