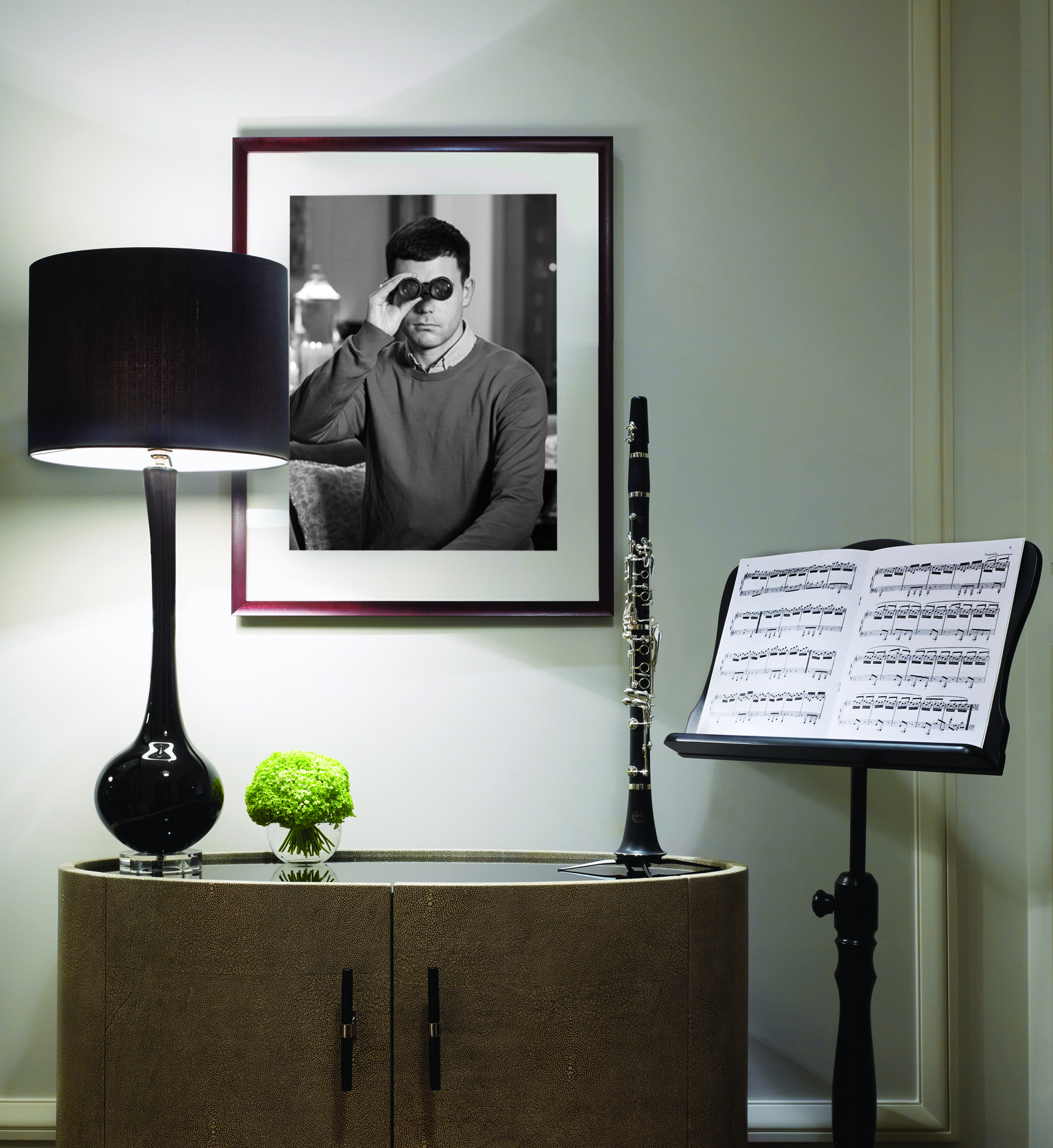 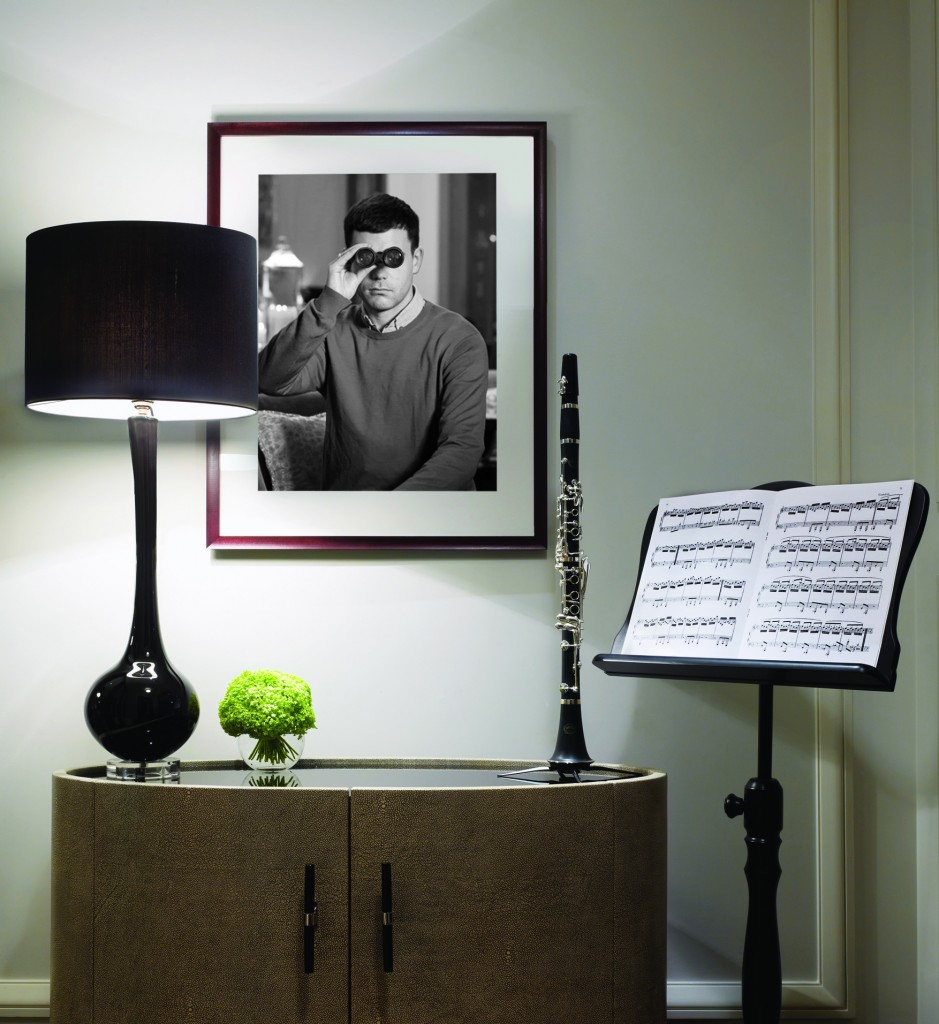 Corinthia Hotel London has announced that its fourth annual Artist in Residence program is opera.  Also announced today is the prestigious panel of judges who will choose a winning idea from a range of British artist applications. The selected artist will be awarded a month residency at the hotel, over which time they will develop and realize their vision. The finished project will launch in September.  “We are especially proud of the fact that one of the key objectives of the Artist in Residence program is to support up and coming British talent,” said Renaud Gregoire, General Manager, Corinthia London.

On joining the panel, Joseph Calleja said “I was delighted to be asked to be on the panel and am very excited to be involved in such a creative venture. The Corinthia’s Artist in Residence program is a great way to nurture emerging opera talent. The nature of this enterprise means that it also has the potential to address preconceptions and reach new audiences. It’s a wonderful opportunity and I can’t wait to see what ideas they come up with.”

Aiming to offer an incomparable professional experience that can explore both conventional and unorthodox interpretations of the art form, the program is designed to encourage artists to think about the way their work can be experienced differently and enable imaginative, site-responsive ideas to evolve and come to life within the very fabric of the hotel. The panel of judges will meet to choose the winning project on April 30, 2015, when the commission will be announced at a press conference at the hotel.

Housed within a Victorian building, 294 rooms including 36 suites and 7 penthouses offer sweeping views across London’s most popular landmarks. Corinthia Hotel London provides unrivaled world-class luxury with superb ground floor offerings including restaurant The Northall, serving the best in British produce throughout the day; modern Italian cuisine at Massimo Restaurant and the musically inspired Bassoon Bar.  Corinthia London is also home to the flagship ESPA Life at Corinthia, a next-generation spa housed across four floors, together with a hair salon by Daniel Galvin. The hotel boasts the largest room sizes in London, original restored Victorian columns and tall windows that let in swathes of natural light.  Cutting edge technology in rooms and meeting rooms allow for recording, mixing and broadcasting from dedicated media rooms.  Corinthia London is a 21st century grand hotel located in the heart of London, created by experts with a passion for craftsmanship and an understanding of world-class service. Corinthia London is the ninth of Corinthia Hotels’ collection of five-star hotels founded by the Pisani family of Malta. For more information, please visit corinthia.com or visit Twitter @corinthialondon or Instagram #corinthialondon.

About Corinthia Artist in Residence

A cultural program, no in its fourth year, that supports emerging talent and the arts. The first residency in 2012 saw artist Noémie Goudal create large-scale works of art which used the hotel’s environment as their starting point and aimed to transport viewers to other worlds. In 2013 the Corinthia Artist in Residence winner was theater company, Look Left Look Right, who created an immersive play drawing on the hotel’s history and interviews with the staff. The play, Above & Beyond, lasted 70 minutes taking place across 30 spaces within and around the Corinthia while the hotel was fully operational. The play was open to the general public and tickets sold out within the first week. The play launched to critical acclaim and was extended by an extra week. Last year’s residency saw Zawe Ashton and David Petch, the joint winners of the Corinthia Artist in Residence 2014, create two short films – ‘The Place We Go To Hide’ by Zawe Ashton and ‘We Always Do What We Want’ by David Petch – which were inspired by ‘The Power of Sleep’ theme, having evolved out the filmmakers’ experiences and reflections of life within a hotel.

Alex Beard CBE is Chief Executive of the Royal Opera House and was formerly Deputy Director for Tate. Beard was on the Board of Directors of Glyndebourne Productions Ltd 2008–13 and is currently on the board of 14–18 NOW and on the philanthropy board of the Department of Culture, Media and Sport. Past external board memberships include with the RMN-Grand Palais Conseil d’Orientation Stratégique, the Esmée Fairbairn Foundation Finance Fund Panel and Global Giving UK. At the end of 2012 he was appointed a CBE for his services to the arts.

Joseph Calleja is one of the world’s most acclaimed tenors. A Grammy-nominated recording artist, he recently released his fifth album. He was 19 when he made his debut shortly before winning an award in the Hans Gabor Belvedere Competition that launched his international career. Since then he has appeared with most of the world’s greatest opera companies and extensively in concert throughout the world. He recently made his Hollywood debut in 2014’s The Immigrant, as the legendary tenor Enrico Caruso alongside Marion Cotillard, Joaquin Phoenix and Jeremy Renner.

Susanna Eastburn has been Chief Executive of Sound and Music, Britain’s national development agency for composers and new music, since 2012. Her career prior to then includes her Directorship at Music at Arts Council England from 2008-2012, her role as Executive Director of LIFT – London International Festival of Theatre between 2005-2008 and as Artistic Director and Chief Executive of the Huddersfield Contemporary Music Festival. Eastburn worked previously in music publishing as International Promotions Manager for Chester Music/Novello & Co Ltd.

Sir Nicholas Kenyon is the Managing Director of the Barbican Center. Kenyon was formerly Music Critic for The New Yorker, Controller at BBC Radio 3 and Director of the BBC Proms between 1996 and 2007. He is a board member of English National Opera, a Governor of the Guildhall School of Music and Drama, a member of the Arts and Humanities Research Council and a fellow of The Radio Academy. Kenyon was knighted in the 2008 New Year’s Honors for his services to music and millennium broadcasting.

Justine Simmons has responsibility for the Mayor’s Cultural Strategy, leading on various projects including London’s film, fashion, music, theater, international cultural exchange, visual arts, cultural policy and regeneration and arts in the public realm. She spearheaded the capital’s Creative Industries Environmental Program and is the Director of the Mayor’s flagship public art commission for the Fourth Plinth in Trafalgar Square. Justine also took a lead role in the development of the cultural program for the 2012 Olympic and Paralympic Games.

Imogen Tilden is an arts commissioning editor covering classical music, jazz, folk and world music at the Guardian newspaper. She is also the editor of the classical music website. In 2014, Tilden was on the judging panel of Industry experts for Opera Up Close annual Flourish competition.

Graham Vick is the Artistic Director of Birmingham Opera Company and works in the major international opera houses with the world’s leading conductors. He was Director of Productions at Scottish Opera from 1984-1987 and at Glyndebourne between 1994-2000. His many awards include Italy’s Premio Abbiati six times and Britain’s South Bank Show Award for Opera in both 1999 and 2002. Vick was awarded the CBE in 2009.

Jenny Waldman is the Director of 14-18 NOW, the World War One Centenary Arts Commission.  Prior to her appointment, she was Creative Producer of the London 2012 Festival and the finale of the Cultural Olympiad for the London 2012 Olympic and Paralympic Games.  Jenny was Program Consultant to Somerset House Trust, where she developed the ice rink, concert and film seasons.  Jenny is a Trustee of Punchdrunk and an Associate of Kings’ Cultural Institute.

Timothy Walker is the Chief Executive and Artistic Director of the London Philharmonic Orchestra. He was formerly the founder and Chief Executive of World Orchestras. He was on the Board of the International Society for the Performing Arts (ISPA), has served as a director of the Tasmanian Symphony Orchestra and is a member of the External Advisory Board of the Sydney Conservatorium of Music. He is a former Chairman of the Association of British Orchestras and is on the Boards of the London Philharmonic Orchestra, the Henry Wood Hall, the Serge Rachmaninoff Foundation and London Music Masters.