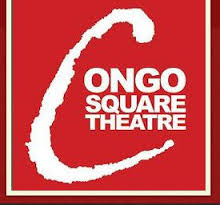 Congo Square Theatre Company is excited to add more energy to its illustrious ensemble  and proud to announce for its 15th year a group of new associates that will enhance the artistic excellence of the company. New artistic associates include Velma Austin, Shanesia Davis, Jaret Landon, Andrei Onegin, Kelvin Roston, Jr. and Edgar Sanchez.  All have appeared in Congo Square Theatre productions over the years and play and integral part in the theatre’s future.  Of note is the addition of Andrei Onegin, who has acted as resident set designer for the past seven productions of award-nominated and award-winning work for Congo Square.  Additionally, in Spring 2015,  Kelvin Roston, Jr. will act as playwright and star in the world premiere presentation of Twisted Melodies,  which opens April 30 – June 14, 2015.

Now in its 15th year of producing high value works from within the African diaspora, Congo Square continues to  maintain its position as one of the preeminent theatres in Chicago’s cultural environment. While several of Chicago’s larger theatres have established “diversity initiatives” to attract African-American audiences and promote diversity in their hiring practices, Congo Square remains committed to continuously provide employment, development and support for artists of color.  Through main stage productions, education programs, festivals, workshops and special events Congo Square employs nearly 200 Illinois stationed actors, dancers, designers, technicians and playwrights per year.  In addition, Congo Square has been the artistic home for designers and playwrights from around the globe, including artists from Russia, England, Ethiopia and Bosnia.

About The New Artistic Associates:

Velma Austin is very happy and excited to be part of the Marian Anderson Story.  Recently, Velma appeared on the TV series Chicago Story.  Velma last stage appearance was in Brother’s of the Dusk at the Congo Square Theater. Chicago Theatre credits include, The Goodman, Victory Garden’s Bio Theater and The Steppenwolf.  Some of her productions include Intimate Apparel, Denmark, Joe Turner’s Come And Gone, God’s Trombones, Un-Spoken Prayers, Bourbon At The Boarder, Waiting To Be Invited, The Sovereign State of Boogedy, The Sutherland, and  Root Causes. Velma’s awards include a Jeff Award for Best Actress in a Revue of The Color Museum; A Woodie Award for Outstanding Supporting Access in Screened In Porch; Black Theatre Alliance award for best Actress in Intermit Apparel; and most recently, she was nominated for a Special Recognition Outstanding Award for your performance in Court Martial at Fort Devens. Velma made her film debut in Losing Isaiah with Halle Berry and Jessica Lange followed by Light It Up with Usher and Vanessa Williams.

Shanésia Davis enjoys a career in stage, television and film. Recently, she performed in the highly acclaimed production of  Native Son at the Court Theatre co-produced by American Blues Theatre. Prior productions include Immediate Family  directed by Phylicia Rashad at The Goodman Theatre and co-produced with the AboutFace Theatre, where she will revive her role of “Evy” in the west coast premiere at the Mark Taper Forum. She has graced regional stages throughout the country including San Diego Rep, CenterStage Baltimore, Kansas City Rep, Penumbra and South Coast Rep, where she garnered an NAACP Image Award nod for Intimate Apparel.   She has received several Jeff award nominations including  Best Actress for her role in Watermelon Rinds.  She was the recipient of the Black Theatre Alliance Award and Excellence In The Arts Award as Best Actress in Congo Square Theatre’s production of Brothers of the Dust.

Andrei Onegin – During the 33 years of Andrei’s theater career he has participated in and accomplished more than 120 productions, and worked for such legendary companies as Moscow Art Theater, Kabuki and Comédie-Française.  He received his MFA in 1992 from The Moscow Art Theater School with a concentration on set design, engineering and production.  Andrei has been successfully designing and fabricating as a general contractor, developer, scene shop foreman and project manager in the Chicagoland since 1998. He is currently the owner of Seagull Works Chicago Scene Shop, one of the construction resources serving the Chicago theater community.  Andrei’s work in the US has included designing sets for The Playboy of the Western World, A Soldier’s Play, Bang the Drum Slowly, Cherry Orchard, Radio Golf, Death of a Salesman and Hedda Gabler (Raven Theatre), Tigers Be Still (Theatre Wit),  Laramie Project: 10 Years After (Redtwist), Clutter (MadKap Productions), The Colored Museum, The Nativity and Brothers of the Dust (2011 BTA Award nomination for Best Set Design), Bulrusher, The Fall of Heaven (Congo Square), Cat’s Cradle (Lifeline), Princess Club, The Balloon Man and The Golden Truffle (Redmoon), The Day of Knowledge (Stage Left), Hamlet (Yamaworks), Flood and Rosmersholm (Alchimia). He designed objects and was technical director for the operas The Tales of Hoffman, Cosi Fan Tutte, The Crucible and the legendary Waa-Mu Shows in 1999 and 2000 (for Northwestern University).  Andrei is a 2013 Equity Wing Jeff Award nominee for Best Midsize Set Design, the 2013-2014 Black Excellence Award winner for Outstanding Technical Support (set), the 2013 BTA Award winner for Best Set Design for Bulrusher (Congo Square) and the 2014 BTA Award winner for King Hedley II (Congo Square).

About Congo Square Theatre Company
Congo Square Theater Company is an ensemble-based entity that seeks to broaden the scope of the theater-going experience. The ensemble’s effort matches education and the performances of productions that push the envelope in the telling of the diverse stories from within the African Diaspora – that ultimately resonate throughout humanity.  Congo Square was founded in 1999 by two talented and determined theater artists with a commitment to artistic excellence.  For more on Congo Square Theatre Company – visit Congosquaretheatre.org
****