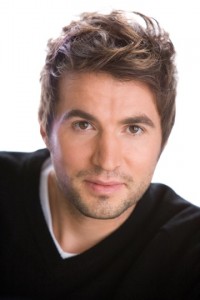 As a singer, performing a concert consists of many components which include vocal talent, stage presence, a repertoire, a connection to the music that is being performed, a venue, talented musicians, a great music director, a good coach to help the singer properly stage the songs, a receptive audience, proper lighting, great sound, and a connection to the audience.  If a singer does not have all of these components in place, and an appropriately planned concert, he may as well just stay in the recording studio.

On Tuesday evening at the Harris Theater I attended Nathan Pacheco in concert. Unfortunately, Nathan did not have all of the above components for a great concert. Listening to Nathan’s beautiful tenor voice I thought this is going to be an excellent experience. Nathan does have the voice and is extremely talented.  Nathan does have a personal connection with the audience, and they seemed to enjoy his performance. Nathan does have a fabulous music director and a wonderful seven piece orchestra consisting of piano, percussion, strings, and woodwinds.  Nathan did have excellent sound and balance with the instruments. However, Nathan was missing the direction for properly staging and pacing his performance. Nathan was missing a connection with the songs he was singing.  Finally, Nathan was missing proper lighting which would have added to making the concert a more exciting experience.  That being said, I really don’t believe that Nathan who performed a very good concert, is totally responsible for not making it fabulous.

It is so puzzling to me that this extremely talented gentleman whose album is produced by Disney Pearl, has not received proper direction in producing what could have been a sensational concert. Nathan has all of the basics which I named above. However, he lacked the excitement of performing on a wonderful stage at the Harris Theater. I really don’t believe that it was stage fright, or that he was uncomfortable performing. It seemed to me that most of the inconsistencies were due to very poor direction and bad advice.   From the moment Nathan stepped out on stage I felt that something was amiss. He walked out and started speaking to the audience where he set up the Puccini aria Nessun Dorma. I have never seen a singer do this for their opening number. Singers are introduced and come out and immediately start singing their opening. This did not happen and Nessun Dorma was not a great opener. Nathan later sang Infinito Amore or Faniculi Fanicula, which would have set a better tone for the evening. When Nathan came out and started speaking, the concert immediately fell flat. The rest of the songs were not set up and it seemed that Nathan just sang without a real connection or passion to his music.

Also, songs tell a story. Nathan attempted to tell the stories but awkwardly connected them to the songs. Nathan would sing a wonderful aria, and instead of building to a climax and sustaining the final note, the song would end abruptly.  Which I noticed was from the direction of his musical director, where the music just ended. This happened with several songs and it was very disappointing.  Three weeks ago, I saw the young Italian trio Il Volo perform with Barbra Streisand. These talented 18 and 19 year olds demonstrated so much more passion for the songs they were singing. I doubt they figured that out on their own but had excellent direction and coaching with interpreting the songs they performed.   Another observation was that proper lighting was also missing. There were lights on stage and Nathan and all of the musicians were visible.  The musicians did not need to be visible.  A properly lit stage and a follow spot would have been very effective and would have increased the drama to the beautiful songs Nathan sung. When the songs ended the light would fade adding an effective dramatic accent.  I have seen high school and college concerts that were staged much better.

The good news is, and there is good news, Nathan’s musical selections and his vocal expertise are wonderful.  I have to say I love Nathan’s voice, and he is easy on the eyes. His selections included the Puccini arias, a theme from Avitar, Leonard Cohen’s Hallelujah, Danny Boy, Now We Are Free from Gladiator, Caruso, and La Scelta, two Christmas songs, Hark the Herald Angels Sing, and Oh Holy Night.  Nathan also wrote two songs with musical director Leo Z, which include two folk flavored songs titled, Tears from Heaven and Don’t Cry. Both songs were beautifully written with great accompaniment and musical direction. Nathan states, “I love writing as much as I love singing”.  Nathan also enjoys singing and being on stage. There is little doubt that either statement is true.  Nathan also sings in four languages, which is no small accomplishment. His diction and his phrasing are perfect!

At the end of the concert, the audience persuaded Nathan to sing three encores. Unfortunately, neither Nathan or his musical director were prepared for this request.  Nathan granted the request and proceeded to repeat Avitar, and sing “O Sole Mio”, “Fanicule/Fanicula”, and a beautiful accapella version of Schubert’s “AveMaria”, where the cello player beautifully improvised accompaniment for Nathan.  A possible error was corrected by Nathan.  My feeling is that Nathan should have been provided with the guidance in having a few extra songs prepared for an encore. His musical director should have been prepared and advised Nathan accordingly. If you are preparing for a concert, you need to prepare for an encore request. Fortunately, a possible awkward situation resulted to be a very enjoyable experience by the audience.

At one point in the concert, Nathan introduced the musicians only by first name. That is why I only named the music director as Leo Z. That is all that was provided. If I were a musician on stage with a performer, I would want to be recognized by my first and last name. They are every bit as talented as the performer, and they deserve the recognition. Once again, I believe this was poor direction.  I really don’t believe the blame for some of these errors should be placed on Nathan.  Yes Nathan is the performer. However, I don’t believe that his producers are guiding him as they should.   Also Nathan seems to be way too nice. If he were a DIVA, some of this poor direction would not happen. As I have stated earlier, Nathan has an excellent voice, and is extremely talented!  It is wonderful that Nathan’s audience is faithful and receptive, and seemed to really enjoy Nathan and his marvelous voice. However, in order to make this good concert excellent, Nathan’s production staff and directors must provide Nathan with the appropriate direction in order to produce a GREAT concert. If this happens, I am certain that Nathan Pacheco will perform to sold out houses in the future.