Cromer Brings a Sobering SWEET BIRD OF YOUTH To The Goodman

Reviving Tennessee Williams’ Sweet Bird of Youth has not been an easy task. The 1959 play, which originally starred Paul Newman and Geraldine Page had hopes for a 2011 Broadway remount to be directed by David Cromer with James Franco playing Chance Wayne a wayward actor turned gigolo and Nicole Kidman as manipulating movie star Alexandra Del Largo. As financial and scheduling problems began to encumber the production, it became clear that the perfect venue would not be Broadway, but at the Goodman Theatre, bringing Mr. Cromer back home to Chicago.

Sweet Bird of Youth is an intriguing piece of theater but is often considered the problem child of Williams’ genius offspring and always seemed to suffer from an identity crisis. Much of that crisis, it can be argued, is because the basic core message of the play was never clearly materialized. That was until Mr. Cromer’s brilliant staging and the perfect casting of Finn Wittrock and Diane Lane. It is no secret of Tennessee Williams’ issues with addiction, and the worsening of it after his schizophrenic sister was lobotomized and spent the rest of her days in an institution. The exposition of Youth is caught between two mediums, drugs and hard sobriety. It is in that “in-between” haze that Mr. Cromer’s version shines. 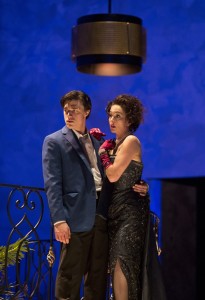 Sweet Bird of Youth tells the story of movie star who feels she is past her prime and a young actor who has been forced out of his hometown after a scandalous rendezvous with the politically corrupt politician’s daughter. The play opens in a hotel room with Wittrock’s Chance plotting a blackmail scheme against the movie star with whom he is now gigolo too in order to advance his career and reclaim his true love. As the story manifests, we see the term “youth” becomes quite idealized in its abhorrent ignorance. Each of Mr. Cromer’s leads give a very measured, internalized performance, which as an audience member, is thrilling to watch. 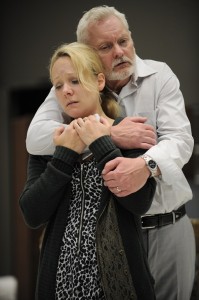 Finn Wittrock, fresh off of Broadway’s Tony winning Death of a Salesman (and fresh out of most of his clothes for the first act), grounds this production with gravitas as Chance Wayne. In a cocaine haze, we see a broken soul who got caught up with the wrong people at the wrong time. Opposite Mr. Wittrock is Oscar winner Diane Lane who gives great believability to her movie star martyr and spins the role brilliantly. It is when John Judd’s Boss Finley emerges that the play moves into high gear and all the sobering pieces begin falling into place as the bell of youth and the choices made in the past tolls it’s lot on each character

Just as important as Mr. Cromer’s direction are James Schuette’s sets and Keith Parham’s lighting which again highlight the vastness and soulful emptiness of these characters. The immense billowy white curtains which open the play and the large projections of the actors in real time, establishes the how the characters’ exaggerated self importance will impact each of their fate.

With Mr. Cromer’s direction, Sweet Bird of Youth is now a more humanistic play that has finally found a voice of its own and Tennessee Williams can rest assured that his problem child has grown up and taken it’s place amongst his best.