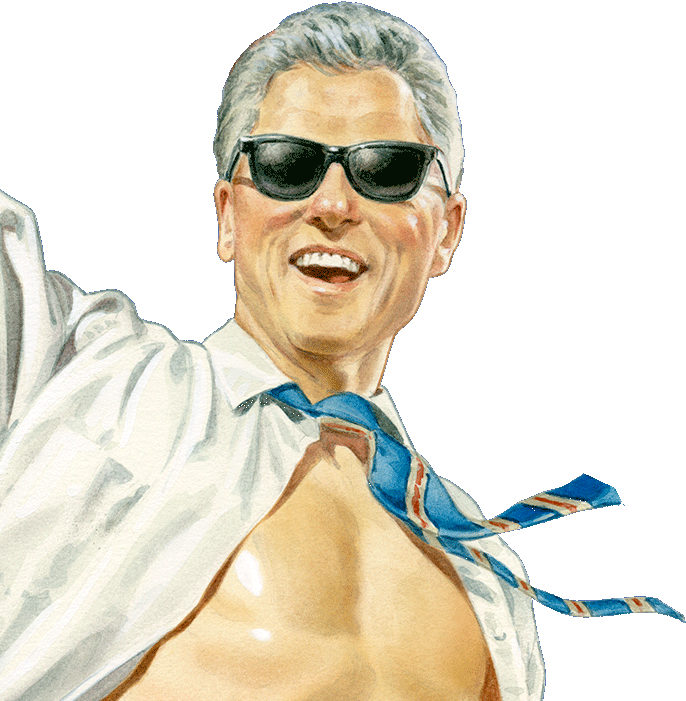 Ghostlight Records will release the Original Cast Album of the hit, headline-making Off-Broadway musical Clinton The Musical on Friday, October 30; with international digital release and physical CDs in stores and online Friday, November 20. The production has book, music and lyrics by Paul Hodge, book by Paul Hodge and Michael Hodge, and was directed and choreographed by Tony Award nominee Dan Knechtges with musical direction by James Dobinson and orchestrations by Neil Douglas Reilly. Clinton The Musical was produced by Kari Lynn Hearn of CoolChic Productions, and with Ken Davenport serving as executive producer. The recording was produced by Dean Sharenow and Paul Hodge, with Kari Lynn Hearn serving as executive producer.  To pre-order the album, please visit www.sh-k-boom.com/clintonthemusical.

When the show’s run began earlier this year at New World Stages, Clinton The Musical received audience and critical acclaim. The New York Times made the show a “Critic’s Pick” and called it “Unimpeachably amusing! Smartly silly, hilariously impudent and sneakily compassionate, it is nearly guaranteed to leave you humming.” It was hailied as “Wildly fun! Hits American politics right on its semi-bulbous nose” by  Entertainment Weekly, “a deliciously ribald over-the-top production!”  by The Daily Beast and “a buzzy new Off-Broadway musical full of tongue-in-cheek ditties worthy of Avenue Q” by Variety. Perez Hilton called it “a silly, fun night out featuring a truly sensational cast of Broadway all-stars!” andTheatermania praised the show as “An uproarious musical romp!  Fast-paced and full of surprises.”

Clinton The Musical explores the two very different sides of the 42nd President of the United States: “WJ,” the wholesome, intelligent once, and “Billy,” the randy, charming one. With Hillary (Rodham) Clinton at their side, the two will handle issues from The White House to Whitewater, the sax to the sex, social security to social climbers, and in the process make history. Maybe.