CIRQUE DU SOLEIL RETURNS TO CHICAGO THIS SUMMER WITH KURIOS – CABINET OF CURIOSITIES! 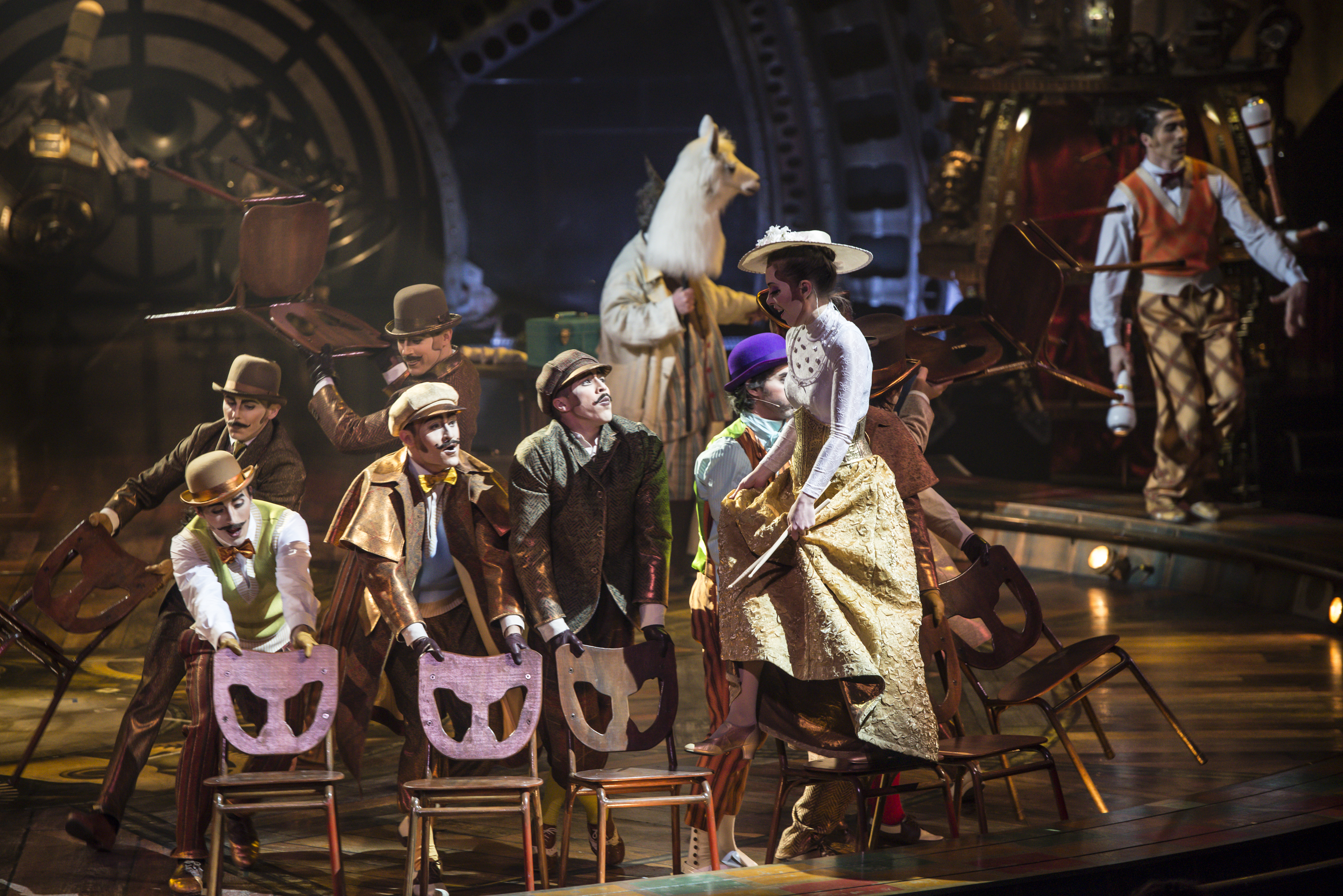 Cirque du Soleil returns to Chicago after four years with its newest touring show, KURIOS – Cabinet of Curiosities™, premiering under the iconic blue-and-yellow Big Top beginning August 6, 2015. Exclusive access to the best seats and prices are available for existing Cirque Club members starting on March 30. Visit cirquedusoleil.com/cirqueclub to sign up for a complimentary membership.  Cirque Club members receive advance access to the best seats under the Big Top, deals and discounts for tickets, promotions with our partners and a chance to experience never before seen exclusive Cirque du Soleil content. Tickets will be available for purchase to the general public beginning April 17, 2015 by visiting cirquedusoleil.com/kurios or calling 1-877-9 CIRQUE (1-877-924-7783). Tickets range from $35 – $145.

Written and directed by Michel Laprise, KURIOS – Cabinet of Curiosities is a tale in which time comes to a complete stop, transporting the audience inside a fantasy world where everything is possible. In this realm set in the latter half of the nineteenth century, reality is quite relative indeed as our perception of it is utterly transformed. The name of the show refers to the humble and strange characters that inhabit the Seeker’s Cabinet of Curiosities.

In an alternate yet familiar past, in a place where wonders abound for those who trust their imagination, a Seeker discovers that in order to glimpse the marvels that lie just below the surface, we must first learn to close our eyes. In his larger-than-life curio cabinet, the Seeker is convinced that there exists a hidden, invisible world – a place where the craziest ideas and the grandest dreams lie waiting. A collection of otherworldly characters suddenly steps into his makeshift mechanical world. When the outlandish, benevolent characters turn his world upside down with a touch of poetry and humor in an attempt to ignite the Seeker’s imagination, his curios jump to life one by one before his very eyes.

Michel Laprise worked in theatre for nine years as an actor, director and artistic director before joining Cirque du Soleil in 2000. At Cirque du Soleil, Michel spent five years as a talent scout before taking on, in 2006, the role of Special Events Designer. In that capacity, he directed the act with Quebec diva Diane Dufresne during the Opening Ceremonies of the Montreal 2006 Outgames; the large-scale performance event created for the launch of the Fiat Bravo in Italy (2007); the Cirque du Soleil performance event celebrating Quebec City’s 400th anniversary (2008); the launch of Microsoft’s Kinect console at the 2010 Electronic Entertainment Expo, broadcast on MTV; the opening show at the Eurovision Song Contest held in Russia in 2009; and the Opening Ceremonies of the 2010 FIBA International Basketball Federation World Championships in Istanbul. In 2012, Michel collaborated with pop star Madonna, providing artistic direction for her performance at the Super Bowl XLVI halftime show; he later went on to direct her MDNA tour. In 2013, he directed the musicalRobin des Bois – Ne renoncez jamais, currently on tour in Europe.

The creative team of KURIOS – Cabinet of Curiosities consists of 17 creators under the artistic guidance of Guy Laliberté (Guide) and Jean-François Bouchard (Creative Guide):

KURIOS – Cabinet of Curiosities in Chicago is proud to be presented by Visa Signature, in association with United Mileage Plus. We also gratefully acknowledge our official sponsors Xerox and DHL.

KURIOS – Cabinet of Curiosities is Cirque du Soleil’s 35th production since 1984. The company, who celebrated its 30th anniversary in 2014, has brought wonder and delight to close to 150 million spectators in more than 300 cities on six continents. Cirque du Soleil has close to 4,000 employees, including 1,300 performing artists from close to 50 different countries.

To find out more about the ONE DROP Foundation, visit www.onedrop.org.