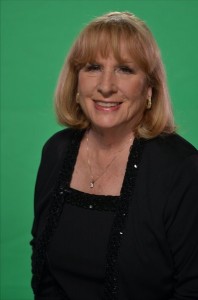 From The Orlando Sentinel: The faintest of smiles flickers across Christina Crawford’s face at a mention of the 1981 movie “Mommie Dearest,” today a campy cult classic.

“I’m sorry that it turned out the way it did,” says Crawford, who’s 73 but looks 20 years younger. “I think the project just went off kilter.

The film starred Faye Dunaway as Christina’s adoptive mother, glamorous Hollywood actress Joan Crawford, and was meant to be based on Christina’s serious novel about her abusive childhood.

“It has absolutely no relationship to my life. None,” she says firmly. “I’ve simply had to say, ‘That’s life.’ Sometimes bad things happen and you have to go on.”

Now Crawford has made her own film. Called “Surviving Mommie Dearest: From Tears to Triumph,” the documentary will make its premiere Thursday in Parliament House’s Footlight Theater. She’ll be there to have a conversation with the audience afterward.

“It has nothing to do with that first film,” Crawford said of her documentary while getting her first look at the Footlight Theater. “It’s truthful of my life.”

Much of her life has been lived in the public eye. In the 1960s, she acted in films, on stage and on television. After writing her controversial autobiography in 1978, she became an advocate in the fight against child abuse. She went on to write other books, including “Survivor” and “No Safe Place: The Legacy of Family Violence.”

After a serious illness in the 1980s, she sought a change. She found a haven in rural Idaho. “Then I got snowed in for two weeks in winter and thought, ‘What the hell have I done?'” she laughed. But she found a slower-paced life suited her contemplative nature.

“Slowly, but surely, a kind of freedom evolved in my life,” she said. “I think I moved to Idaho to live without fear.”

She’s heartened by increased awareness of child abuse, saying even a tragedy like the case of JerrySandusky, the Penn State coach convicted of child molestation, is encouraging.

“It takes a long time for society to change,” she said. “Those young men who came forward, they’re so brave. You need role models to show that courage. It’s really, really hard.”

The documentary doesn’t focus on Crawford’s childhood but encompasses her whole life. It features old photos, home movies, clips from TV appearances, and footage of her work raising funds to fight children’s violence, as well as interviews with Joan Crawford, who died in 1977.

Crawford hopes the film encourages others who are struggling.

“The world is a tough place,” she mused. “We have to have hope; it’s what gets us up in the morning. I hope this film will make people say ‘If she could do it, I can do it.’ It’s my gift. It’s, I hope, an inspiration.”

THE ARTISTIC TYPE: A BLOG OF THEATER, ARTS AND CULTURE