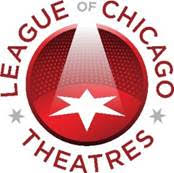 Chicago Theatre Week, an annual celebration of the rich tradition of theatre-going in Chicago, reached record audiences during the fourth year of the program. Over the span of Chicago Theatre Week, February 11 – 21, 2016, 106 participating organizations sold more than 10,500 total value-priced tickets to 124 different productions.

During the fourth annual Chicago Theatre Week, which is presented by the League of Chicago Theatres in partnership with Choose Chicago, visitors and residents had the opportunity to sample the extraordinary range of theatrical offerings throughout Chicagoland, featuring 666 individual performances between February 11 and 21. The Theatre Week ticket offers went on sale January 5, 2016 at ChicagoTheatreWeek.com. The program successfully brought in new theatregoers with an average of 63% of the Theatre Week attendees being new to the theatre they attended.  Theatre Week 2016 also saw a record number of visitors from outside Chicago, with 17% of Theatre Week patrons coming from beyond 50 miles of the city, including 40 states, Canada, England, Scotland, and elsewhere.

“This is a week that brings attention to theatre and is a true celebration of the work that is created and produced here year round. It is a vital annual happening that puts theatre in the spotlight and reminds us that—even in the dead of winter—Chicago’s theatre scene is important, vibrant, and exciting,” comments Deb Clapp, Executive Director of the League of Chicago Theatres. “Theatre Week, with tickets on sale for comedies, dramas, musicals, and the entire range of Chicago productions throughout our city, offers the perfect opportunity for people to check out a new company.”

Chicago theatre is a leader in the U.S. with more than 250 theatres throughout Chicagoland, comprising a rich and varied community ranging from storefront, non-union theaters to the most renowned resident theatres in the country, including 5 that have been honored with Regional Tony Awards, and the largest touring Broadway organization in the nation. Chicago’s theatres serve 5 million audience members annually and have a combined budget of more than $250 million. Chicago produces and/or presents more world premieres annually than any other city in the nation. In the 2014-2015 season, Chicago theatre companies produced more than 100 world premiere productions and adaptations. Each year, Chicago theatres send new work to resident theatres across the country, to Broadway, and around the world.